Is Football in China all about Money and Big Players?

Following some jaw-dropping transfer deals, DESIblitz takes a look at to what extent football in China is all about money and world-famous players.

“The Chinese market is a danger for all.”

Football in China is taking off at an extraordinary rate. And it is showing no signs of slowing down, as more and more superstars move into the Chinese Super League.

With clubs offering players sensational amounts in wages, the lure of playing football in China is proving difficult to resist.

The CSL is now the fifth highest spending football league in the world after overtaking Russia, Portugal, and France.

But is football in China simply about spending huge money and bringing in high-profile footballers? DESIblitz brings you the reasons both for and against. 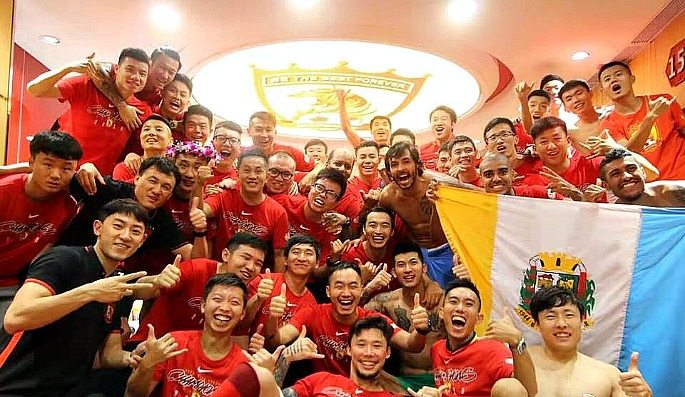 The Chinese Super League was formed in 2004 after the rebranding of the old top division. Traditionally, the CSL begins in February or March and ends in November or December.

Since the Chinese Government took action against allegations of corruption and match-fixing in 2010, the CSL has become a more stable league.

After that Government action, there was a significant increase in match attendances. And with the average 2016 attendances nearly double what they were in 2010, people are showing a clear interest in football in China.

With more fans than ever before to impress, Chinese clubs began to bring in foreign talent. And vitally, they were willing to pay whatever it took to get them. 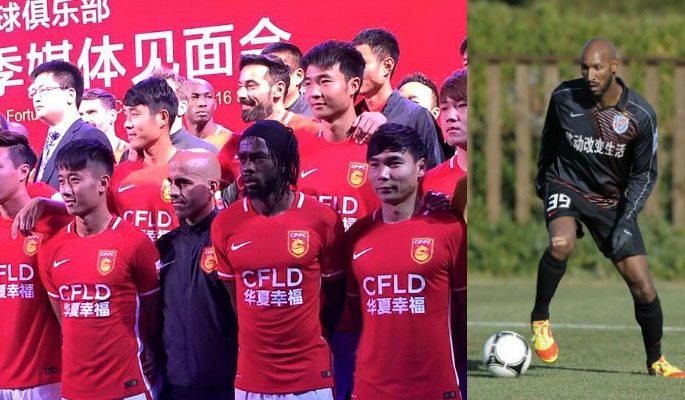 Conca joined Guangzhou Evergrande, in 2011, for a domestic record fee of £10 million. His two-and-a-half-year contract also made Conca the third highest player in the world, only behind Cristiano Ronaldo and Lionel Messi.

In 2012, Didier Drogba and Nicolas Anelka both came to China after struggling to find another top club.

With many foreign players being ones who were approaching the ends of their careers, the CSL was considered to be a higher-paying alternative to the MLS in America.

But that belief certainly no longer exists. Since the arrival of Paulinho, from Premier League side, Tottenham Hotspur, in 2015, more players are moving to China in the prime of their careers.

In 2016, Fredy Guarin, Stephane M’bia, and Gervinho all moved to play football in China while in their late twenties. 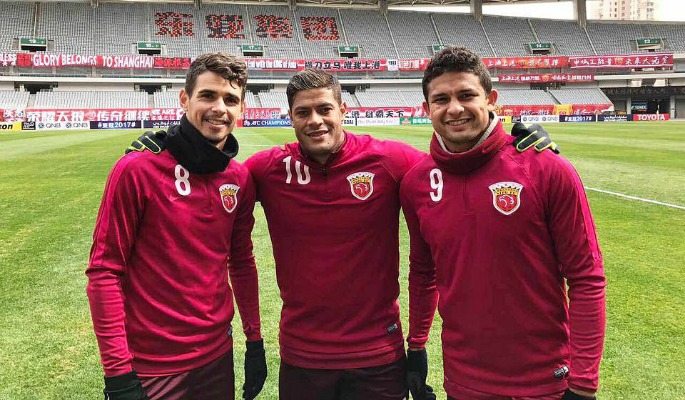 In 2017, the Brazilian attacking midfielder, Oscar, became the CSL’s record transfer after moving from Chelsea for £51m.

With attendances ever-rising, at least the fans are happy with the high-profile transfers.

While, in the past, players were joining Chinese clubs for one final paycheque, they are now moving to play football in China between the ages of 25 and 30. But why?

The major factor in why players are choosing to play football in China is surely the huge wages that are on offer.

Dario Conca became the third highest-paid player in the world after his move in 2011.

Oscar and Hulk are both reportedly on around £350k a week. But that figure is nothing in comparison to the wages of the new highest-paid footballer. 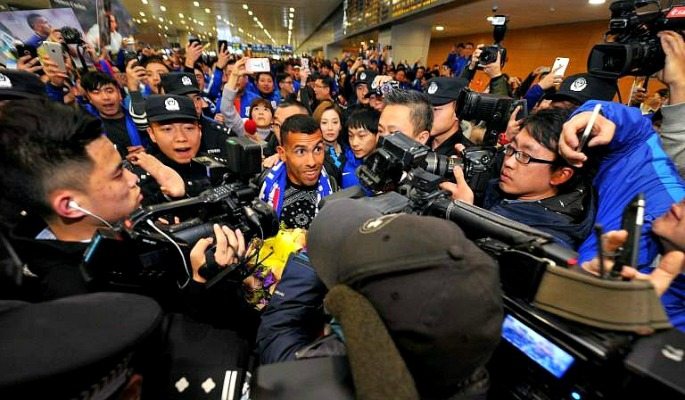 After his move from Boca Juniors, where it was thought he would stay until retirement, Carlos Tevez now earns more than Ronaldo and Messi.

His wages are in excess of £600k a week, meaning that Tevez earns more than £31 million a year.

The Argentinian legend, Diego Maradona, defended his compatriot, though. He says:

“It’s a tantalising sum. [But] Carlitos didn’t defraud or trick anyone. He simply accepted an astronomical offer.”

With a seemingly endless supply of money to spend, even the top European clubs are struggling to compete with China.

Alex Teixeira was seemingly set to join Liverpool FC in January 2016. But Jiangsu Suning outbid the Premier League club before offering him irresistible wages of over £200k a week. 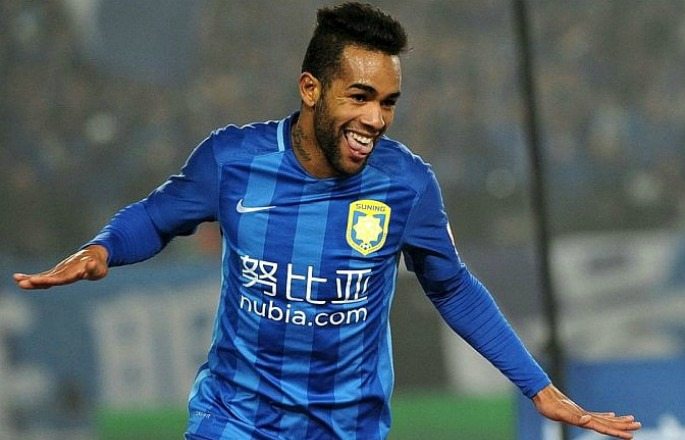 The Belgian midfielder, Axel Witsel, could also have easily moved to a top European club. But similarly, he chose to play football in China.

Even Cheick Tiote, who was seemingly set to help Newcastle United back into the Premier League, has made the move to China.

But he has swapped the English Championship for the Chinese Second Division.

Chelsea FC manager, Antonio Conte, is quite right when he says: “The Chinese market is a danger for all.”

What Else Does Football in China Offer?

Football in China is not all about offering massive amounts of money to high-profile stars.

That is mainly because there is a limit on how many foreign players may be on the field for a team.

The limit was previously four foreign players, but that has now been changed to three. With that change, teams are trying to bring in the best possible overseas talent who will help their brand as well as the club. 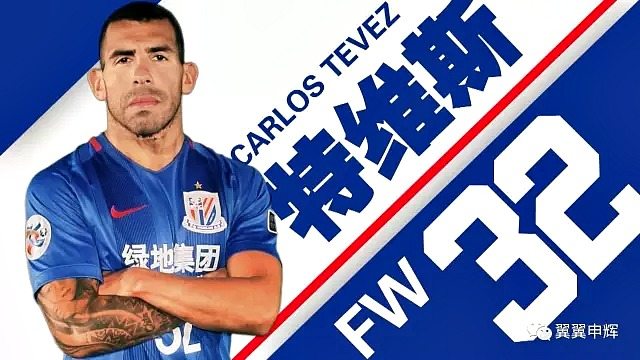 Furthermore, there is also a complete ban on foreign goalkeepers in order to help promote Chinese keepers.

In line with the league reformations of 2004 and 2010, there is also a youth development program at each Chinese club. The youth teams are also exposed to professional football through the CSL reserve, U19, U17, and U15 leagues.

Therefore, regulations are in place to aid the development of homegrown talent as well as possible. The arrival of International stars can only further aid their development and help China become a footballing force. 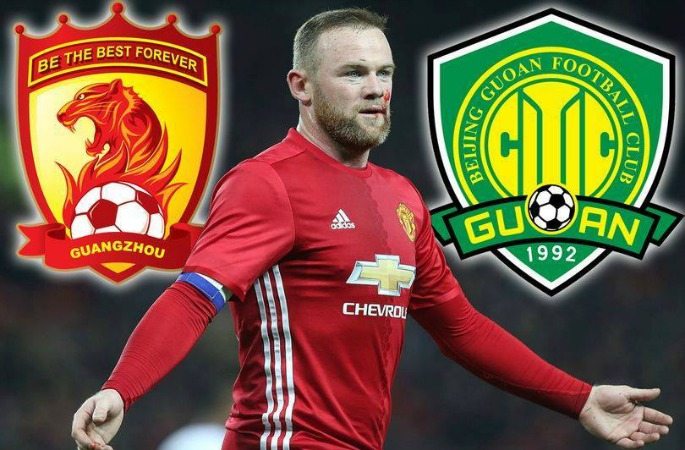 While it is clear that the world’s second-largest economy is flexing their financial muscle, it is simply for the benefit of their relatively new football league.

The arrivals of star players will aid the development of both youth prospects and Chinese first-team players. In turn, this will only benefit the Chinese National Team as they aim to climb up the World Rankings.

Football in China, though, is more attractive and powerful than ever. And you can be sure to see some more massive transfers into the CSL before the transfer deadline on February 28, 2017.

Jallikattu Ban ~ A Matter of Culture than Sport?
Football to become ‘sport of choice’ in India