"To beat Lin Dan in a final is a dream come true. I just played my 100 percent because there was nothing to lose."

Ace shuttler, Saina Nehwal made it two in two for team India as she won the women’s single title earlier in the day, defeating Japan’s Akane Yamaguchi in the final.

Indian Coach Pullela Gopichand who celebrated his birthday on finals day could not have asked for a better present.

Describing the feat of his two young proteges, he said: “Great wins! It is fantastic for both of them and Indian badminton.” 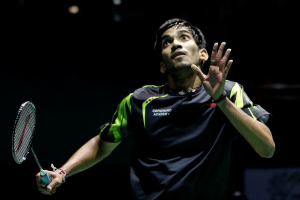 Talking about Srikanth, the former All England Champion added: “For Srikanth, it was a big match and at the end of it he kept his nerve to earn the big win.

“Overall, he has played some high level badminton throughout the tournament. He will not grow into a super star overnight. He has to be smart and progress like he is now and that’s the way it is.”

It really was a good battle in the China Open men’s final. Srikanth had a good start as he went 2-0 up in the opening game against Chinese Star Lin Dan.

The 21-year old who won the Thailand Open Grand Prix Gold event in 2013 came up with some great winners to shock the two-time Olympic Champion and five-time World Champion Lin Dan.

In twenty-two minutes the Indian wrapped up the first game 21-19 as he inched closer to a historic win.

In the second game, the players matched each other shot for shot. However at 14-14, it was the veteran Dan who seemed under pressure.

Srikanth who had lost his previous two meetings to the Chinese looked like the better of the two players as the second game advanced. It was quite amazing to see Srikanth dominate his opponent to such an extent. 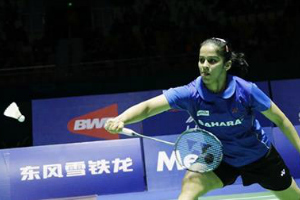 In forty-five minutes, the young Hyderabadi made history as he defeated Lin Dan 21-19 21-17 to win his maiden Badminton Super Series title.

It was an unbelievable victory for Srikanth. The Indian coaches celebrated as a dejected Lin Dan was left to ponder his loss.

The home fans could barely raise and applaud as the man they had come to support finished second best on the day.

Srikanth’s triumph against the man often called Super Dan is easily the biggest of his career so far – a win that will be talked about for a very long time.

After the win, an ecstatic Srikanth said: “To beat Lin Dan in a final is a dream come true. I just played my 100 percent because there was nothing to lose. Before coming here, I was playing well.

“When I beat my compatriot R.M.V. Gurusaidutt in the first round, I felt confident because it’s always tough to beat a player who knows you well. I just wanted to win each round that I played.”

Having recovered from brain fever in July 2014, Srikanth’s achievement was quite remarkable. The way he performed in the final was absolutely brilliant.

Earlier in the day, Indian star Saina Nehwal played Akane Yamaguchi of Japan in the women’s singles final. Saina stormed into a 13-7 lead in the first game. The unseeded Japanese teenager who beat World No. 3 Wang Shixian in the second round made quite a few errors in the initial stages of the match. 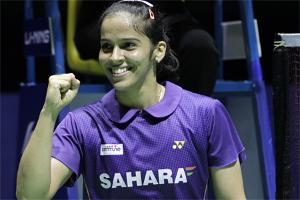 The World No. 35 Yamaguchi playing Saina for the very first time showed some mettle in the second game. In fact for the first time in the final, she even took the lead at 14-11.

However the Olympic Bronze medallist, Saina did well to level back on points as she remained in contention for her second Super Series title of the year.

Yamaguchi stretched in towards the end, but it was too little too late. Saina won 21-12 22-20 in forty-two minutes.

Sharing the news of her victory on Twitter, a jubilant Saina tweeted:

“So happy to win my 3rd title this year. Great feeling to win the China Open. One of the toughest tournaments.”

Saina has had a sensational 2014, winning the Indian Open Grand Prix Gold event and the Australian Open. The win at the China Open will be a big boost for Saina ahead of the year-ending finals.

Srikanth is on the verge of making it into the top eight of the Super-Series Rankings. If that happens, he will also have a chance of playing in the year-ending finals.

Aiming to keep playing well, Srikanth will next feature in the Hong Kong Open Super Series.