“[Moeen Ali] will add energy and vigour to this important campaign.”

British Asian cricketer Moeen Ali has been named a British Asian Trust ambassador for the charity’s ‘Livelihoods Campaign’ in Pakistan.

Led by the Prince of Wales, the charity aims to raise £1 million through the Livelihood Fund until the end of 2016.

It hopes to increase awareness about the livelihood issue in Pakistan that stems from poverty and unemployment.

It will focus on bringing together individuals and corporations who are keen to contribute to good causes in South Asia.

The British Asian Trust is happy to have Birmingham-born Moeen Ali on board. With Moeen named on Tuesday 18, 2014, Executive Director Hitan Mehta said: “He will add energy and vigour to this important campaign.” 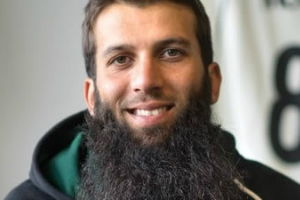 The England all-rounder is also excited about his involvement in the campaign.

Ali said: “Though I am born and brought up here in the UK, I have very strong links with the country of my forefathers, Pakistan. I am passionate about the issues of livelihood, especially that of unemployment amongst the youth, both here and in Pakistan.

“I am looking forward to raising awareness about this important issue and visit the charities chosen by the Trust to help the unemployed youth, women and rural poor in Pakistan.”

Saad Awan of the British Asian Trust tells DESIblitz: “Moeen is extremely passionate about his new role with the Trust. As well as supporting the Trust here in the UK, Moeen is keen to meet young people supported by the Trust’s work in Pakistan, despite a heavy schedule of International fixtures in the year ahead.”

Livelihood in Pakistan is tough. According to a recent report by the British Asian Trust and Citi Foundation: “Almost 20 per cent of the population lives in poverty…[they] are underserved by basic services such as education and healthcare.”

The report also found that by 2020, Pakistan will be the sixth most populous country in the world and with one of the largest working age populations. 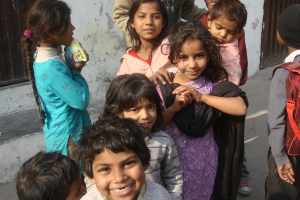 The only way to manage such growth is to increase economic productivity among ‘youth in urban areas, and women and the landless in rural communities’.

Moeen Ali, a young sportsman with links to Pakistan and a passion to help the less privileged, should bring new dynamics to an ongoing issue.

Known to fans as ‘The Beard That’s Feared’, Ali’s performance in his first full international season has received high praises. He also won ‘Player of the Year’ award at the inaugural Asian Cricket Awards in October 2014.

An emotional tribute to the star, Ali mentioned that the award was significant in recognising the role of British Asians in sport, and help encourage younger generations to fulfil their sporting passions.

But while he has made the headlines for his incredible performance on the pitch, Moeen has also been victim of racial abuse from fans who do not believe he should be playing for England.

Outside of cricket, Ali concerns himself with the affairs of the world. In the past, he has supported StreetChance’s cricket initiative to promote cricket to urban youths in the UK:

“I do feel strongly about that kind of stuff…any sort of humanitarian cause. It does make me sad that these kinds of things happen. I always feel quite emotional about these sort of things,” Moeen admits.

Other notable ambassadors for the British Asian Trust include One Direction’s Zayn Malik and former Dragon’s Den panellist James Caan.