Leg-warmers, neon colours and wild, unruly hair styles were the fashion trends of the 1980s, and Bollywood delivered a variety of curvacious and elegant women who took the hearts of the audience with startling ease.

Bollywood over the decades has changed. But perhaps not the luscious beauty of the actresses. 1980s Bollywood beauties captivated audiences on and off the screen with their individual personas of attraction.

Each one of these women was extremely talented and their influence remains a part of the Bollywood industry even to this day.

Drawing from the trend of violent action films that were all the rage in the late 1970s, the 1980s briefly continued to see the production of hard-hitting dramas, nail-biting thrillers and dramatic explosions.

These actresses were well known for their beauty and personas on the 80’s screen. Each of them featured in roles that embodied the Bollywood of the 1980s.

So, let’s take a closer look at some of the heroines of these classic Bollywood masterpieces and celebrate their impact on the 1980’s silver screen. 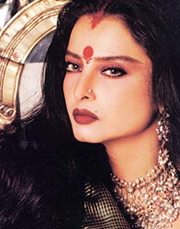 Rekha is renowned for her versatility and adaptability as an actress, going so far as to change her looks for success. It was only after she transformed her appearance, that Rekha was truly recognised as an actress, and became something of a sex symbol in India.

Her career is still ongoing, and she will next be appearing in Krrish 2. She is well known for portraying strong female characters with sass and sex-appeal and has won a great number of awards. 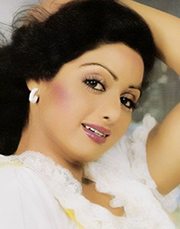 Sridevi began her acting career at the early age of four and made her Hindi film debut as an adult actress during the late 1970s. Her best-loved films were released during the 1980s.

Since then she has moved from strength to strength, and has been recognised as being one of the greatest and most popular actresses of Hindi Cinema. She is often named as “India’s First Female Superstar”. She has gone on to win an astonishing number of awards.

The industry was rocked with surprise when Sridevi announced her intention to leave the industry to raise her children in 1997. Many celebrated her return to the silver screen with “English Vinglish”. 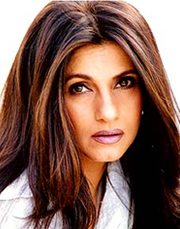 Former wife of the late Rajesh Khanna and mother-in-law to Bollywood darling Akshay Kumar, Dimple Kapadia made her debut in “Bobby” (1973) before she retired from acting for ten years to focus on raising her two daughters.

After separating from Khanna in 1982, Dimple Kapadia returned to the Bollywood scene and proved to be a force to be reckoned with, joining Rekha and Sridevi in becoming a leading commercial actress. 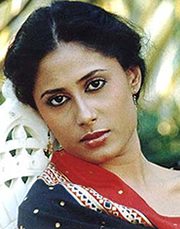 Smita Patil acted not only in Bollywood films, but in television and theatre also, and was widely regarded as one of the best stage and film actresses. In just over ten years, she starred in over 75 Marathi and Hindi films.

Patil often played characters who were feminine and intelligent, which was true to her life away from the cameras. Smita Patil herself was a women’s rights activist.

Her best known role was sadly her last one. Smita Patil played the strong, intelligent and beautiful Sonbai in hugely successful Mirch Masala (1987), which was directed by Ketan Mehta. 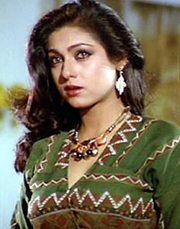 Tina Munim is one of those names that people will not forget in a hurry. Combining beauty and pure acting talent, Munim caught the attention of Rajesh Khanna, and the two dated for several years. Though she made her first actual debut in 1978 with Des Pardes, her career really got off to a fantastic start after she starred in Karz, opposite Rishi Kapoor. 1980s films include, Lootmaar (1980), Rocky (1981), Rajput (1982),  Souten (1983), Aasmaan (1984) Alag Alag (1985) and many more.

One of her most well known roles is as Jyoti in Adhikar (1986), opposite Rajesh Khanna. It is said that this performance is Tina’s personal favourite.

Check out the photo gallery of the delightful Bollywood beauties from the 1980?s.

Simi has a thirst for anything to do with classical music, arts and literature. She can't function without playing the piano at least once a day. Her favourite quote is "Enthusiasm is excitement, with inspiration, motivation and a pinch of creativity."
Dabangg 2 a Smash for Salman Khan
Winners of Zee Cine Awards 2013