Bell bottoms, big collars and disco were the fashion trends of the 1970s, It was a film era of sexy and voluptuous 1970’s Bollywood beauties.

She made her debut in Charitra, in 1973 while still in college.

Some of the hottest, beautiful and sexy female stars to hit the Bollywood screen in the 1970s became household names. These Bollywood beauties made their mark in the world’s largest film industry during that era.

The Bollywood industry in the early 1970s produced many romantic and action films. In the mid-1970s, romance was swapped for more gritty and violent films about gangsters and bandits.

The 1970s Bollywood actress fashion was also something very popular from the era.

DESiblitz takes a look at some of the Bollywood actress history of the 1970s in more detail to learn more the heroines of the silver screen. 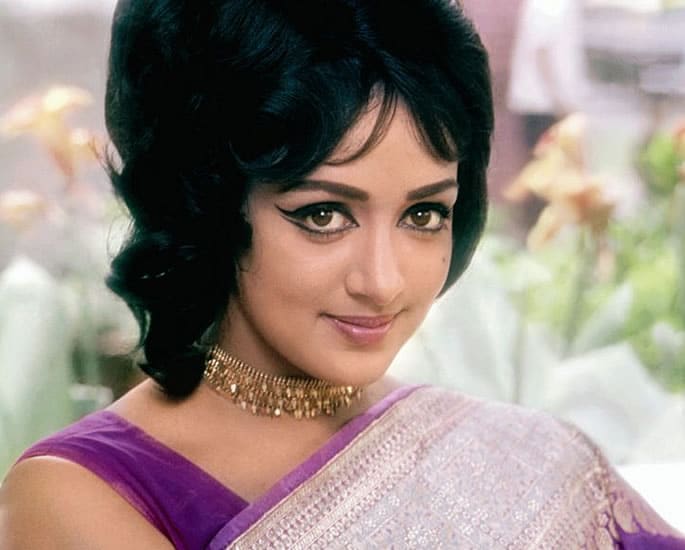 Hema Malini is a name and actress that won the hearts of many for her beauty and acting ability.

She acted in many films in the 1970s and started with her debut in Sapnon Ka Saudagar in 1968, playing a young teen opposite the superstar Raj Kapoor.

Her most famous role was as ‘Basanti’ in the massive blockbuster Sholay in 1975, playing opposite the famous Dharmendra, who is her husband in real life.

Hema’s mother tongue is Tamil. She is a dedicated Bharatanatyam artiste, a classical dance of India.

She won the Filmfare award for Best Actress 1973 for her lead role in Seeta Aur Geeta. She has acted and appeared in over 130 Bollywood films.

She is known as the ‘Dream Girl’ by her fans. 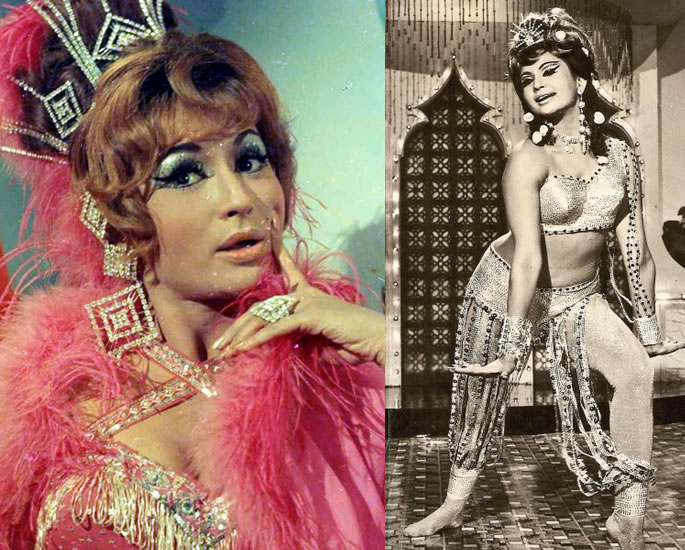 Helen Jairag Richardson Khan, known as Helen, was a Bollywood dancer and actress that was born in London and had an Anglo-Indian (French) father and Burmese mother.

She was best known for playing sultry vixens in Bollywood movies of the 1960s and 70s.

She was famous for her performances in sexy dance sequences and cabaret numbers.

Helen won the Filmfare Best Supporting Actress Award for Lahu Ke Do Rang in 1979 and was given the Filmfare Lifetime Achievement Award in 1998 for her contribution to Bollywood cinema. 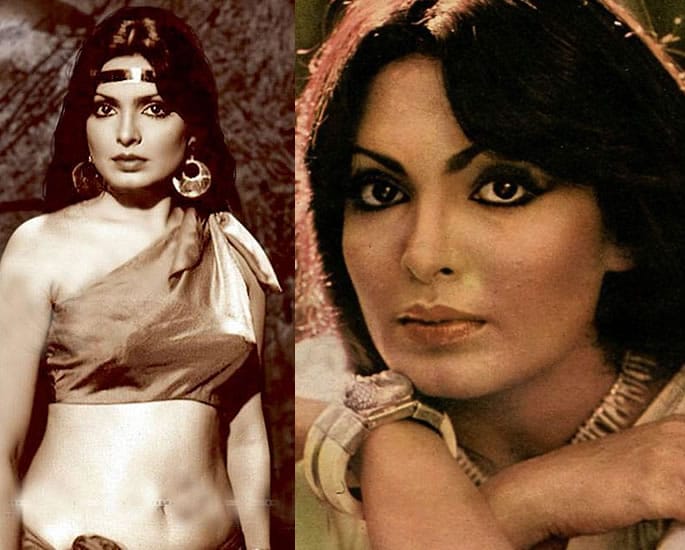 Parveen Babi was born in Junagadh, India and went to school in Aurangabad and later attended St. Xavier’s College, Ahmedabad.

Babi was one of the most successful Bollywood actresses of the 1970s known for her sensual and seductive looks, and lack of care for the norms of society.

She made her debut in Charitra, in 1973 while still in college.

She was the first Indian actress to have been featured on TIME magazine’s cover, in March 1977.

In her most successful films, she was paired with the legendary Amitabh Bachchan. 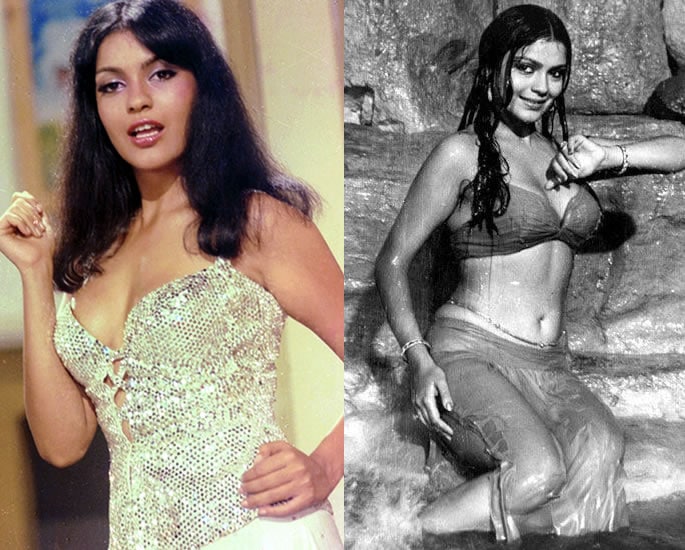 Zeenat Aman was born on November 19th, 1951 to a Hindu mother and Muslim father, Amanullah Khan, who was one of the writers for the classic films, Mughal-e-Azam and Pakeezah.

In 1970 she won the Miss Asia Pacific title and was known for her sex appeal in Bollywood.

She attended St. Xavier’s College and went to Los Angeles for her education.

Aman was well known for playing the sultry woman looking on the unconventional side of life. Hulchul in 1971 was her first film.

Zeenat married twice, first to Sanjay Khan (Abbas) who damaged her eye and then Mazhar Khan with whom she had two sons.

She is well known for her daring role in Raj Kapoor’s 1978 film, Satyam Shivam Sundaram. 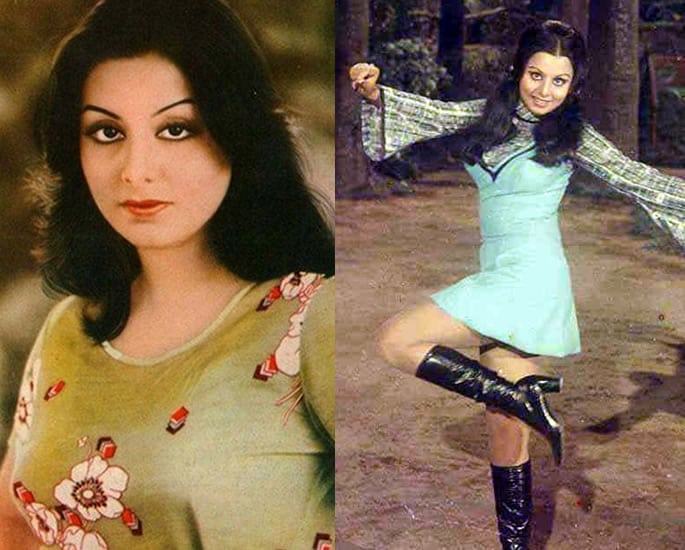 Wife of the famous Rishi Kapoor and mother of Ranbir Kapoor, Neetu Singh made her debut in the 1973 Bollywood film, Rikshawala, although she did work as a child actor.

Her dance number in the 1973 film, Yaadon Ki Baarat got her many roles subsequently. She was cast as the fun-loving daughter or the ‘optimistic’ or ‘lively’ girlfriend.

This buxom star romanced on the screen with many stars but her love off and on screen was Rishi Kapoor.

Neetu married him at 21 in 1979 and then decided not to pursue her acting career any further. Dismissing claims that wives of the famous Kapoor family did not act after marriage.

There were many other wonderful actresses from this era including Jaya Bhaduri (Jaya Bachchan), Rehka, Ranjeeta, Rakhee Gulzar, Tanuja and Aruna Irani.

Check out the photo gallery of the delightful Bollywood beauties from the 1970s.

Amit enjoys creative challenges and uses writing as a tool for revelation. He has major interest in news, current affairs, trends and cinema. He likes the quote: "Nothing in fine print is ever good news."
IIFA Awards 2009 Nominees
Katrina Kaif plays role of a Virus