Bollywood hunk Akshay Kumar has had a colourful love life with some of India’s most beautiful women. We take a look at some legendary affairs off screen!

Akshay Kumar’s irresistible charisma is evident when he effortlessly charms his co-stars on screen, but this hunk also has managed to woo women off screen just as easily.

Along with an incredibly successful career, are a string of controversies and numerous affairs for this Casanova.

Storming through the box office in the nineties, this hunk has romanced some of India’s most beautiful women on the silver screen.

However, along with sizzling chemistry on screen are also the alleged affairs that he has shared with a lot of these beauties off screen.

DESIblitz takes a look back at Akshay Kumar’s most memorable off screen romances over the years. 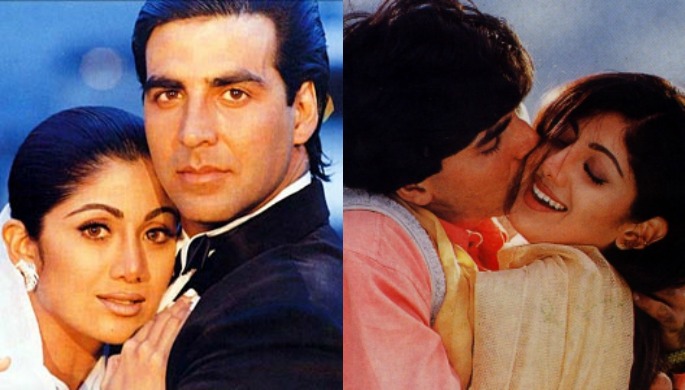 This Bollywood bombshell has made almost all of her co-stars swoon over her impeccable figure and flawless style, and Akshay Kumar too struggled to resist her charm.

Lighting up the screen with Akshay in the smash hit Main Khiladi Tu Anari (1994), their onscreen chemistry heated up the rumour mill about their alleged affair.

This hot pair have made tabloids busy with their speculative romance. 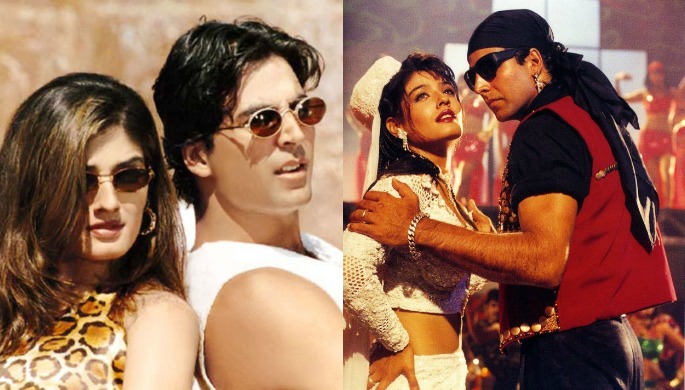 Who can forget the sensual dance number ‘Tip Tip Barsa’ from Mohra (1994), with Raveena Tandon dancing in the rain with Akshay in her drenched yellow sari.

Their off screen romance was alleged to be an intense one with even the potential of marriage in the works.

However reportedly Raveena broke off this relationship because of Akshay’s flirtatious ways. 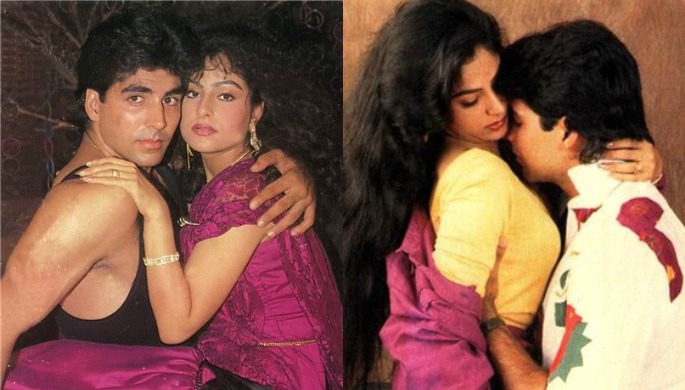 Fresh faced Akshay and the budding young Aysha Jhulka were the cutest pair in town when they starred together in Khiladi (1992).

But it was more than just their on screen chemistry that was noticed, their alleged off screen romance soon did the rounds of the inner circle of Bollywood.

Over time and as Akshay accumulated more stardom, the two eventually parted ways. 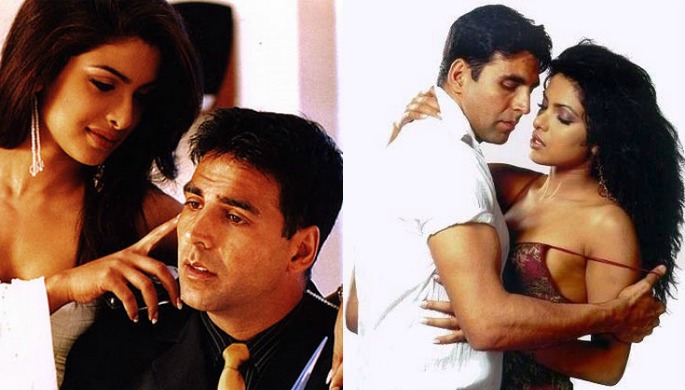 Akshay’s most controversial romance is undoubtedly the dusky and sultry beauty that is Priyanka Chopra.

Though he is now a married man to Twinkle Khanna, apparently this hunk struggled to resist his old flirtatious ways with this bombshell.

Their jawdropping sensual scenes in Aitraaz (2004) raised some eyebrows.

And their growing closeness after working in films including Andaaz (2003) and Waqt – The Race Against Time (2005) only heightened the rumours about their romance.

Things apparently were so bad that his wife made Akshay cancel all of his upcoming films with Priyanka and asked him never to work with her again. 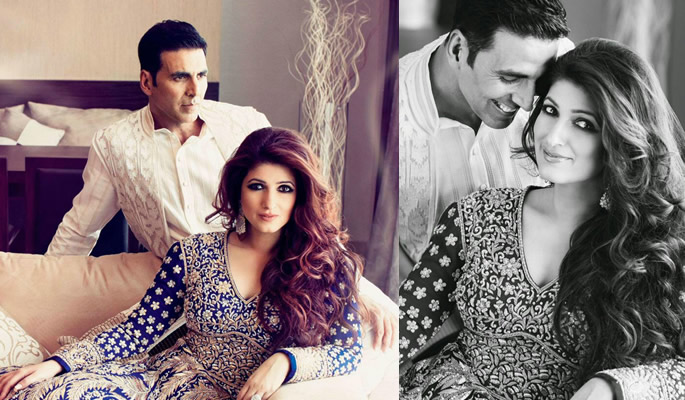 Regardless of these women in Akshays’ life before or after marriage, his most successful and most loved on screen romance is undoubtedly with his wife, Twinkle Khanna!

The two first started working together in the 90’s in films such as International Khiladi (1999). Twinkle’s breath- taking beauty and Akshay’s irresistible suave demeanour makes them a match made in heaven.

Tying the knot in 2001, these two love birds are still in a loving and committed relationship.

Posting selfies of the two eating dinner or just hanging out, Akshay Kumar makes it clear that the one and only woman in his life now is his beautiful wife! 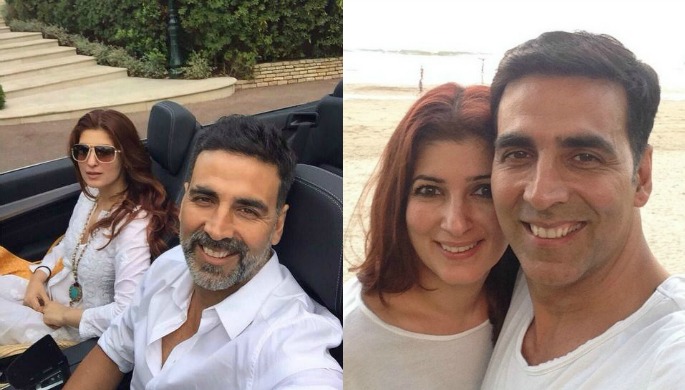 Akshay Kumar’s love life has always remained an area of speculation and interest for the media and his fans.

His link up with his co-stars often invoke as much attention as his films, and his alleged affairs with some of India’s most famous women make it difficult to keep under wraps.

Whilst this stud has enjoyed his bachelor years in the 90’s, with his apparent link ups with almost every one of his co-stars, it was only after he married that this player settled down.

Though this hunk has lit up the screen with some of India’s most beautiful women, Akshay Kumar’s best on screen and off screen romance is undoubtedly his soul mate and wife Twinkle.