Episode 5 of Indian Summers sees a frightened Adam in hiding and a concerned father Ralph doing all he can to save him. DESIblitz has a full recap.

“I will not give her up. Not for you and not for anyone or anything.”

The fifth episode of Indian Summers sees the aftermath of Hawthorne’s violent accident.

A severe earthquake also hits Quetta and the Club members set up a relief fund to help the thousands of Indian victims affected.

DESIblitz has a recap of episode 5 of Indian Summers, ‘Hide and Seek’. 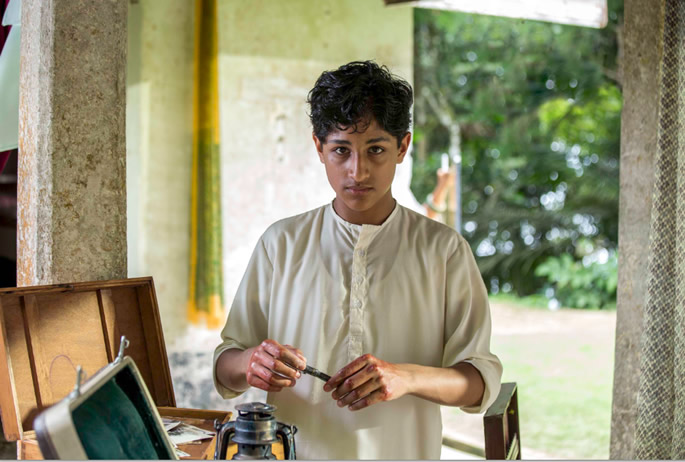 Following the shocking incident of the previous episode, Leena has pleaded guilty to setting Hawthorne alight, in order to protect Adam. Imprisoned, Leena now faces 15 to 20 years in jail.

But with District Superintendent Rowntree asking questions and Hawthorne still wailing in pain and demanding Adam to be arrested, Ralph is worried about his son’s safety. He tries to convince Dougie to get Adam out of Shimla.

Dougie agrees and Ralph’s man Bhupi is to accompany them to Delhi. However, an earthquake across Quetta blocks all the roads out of Shimla and Dougie has no choice but to return back.

Ralph tries to blackmail Hawthorne out of refusing Leena’s confession, as his reputation as a gentleman is at stake.

However, Bhupi who has been struggling with the aftermath of drowning Adam’s mother in the last series of Indian Summers, approaches Adam and guilt’s him into giving himself up and freeing Leena. 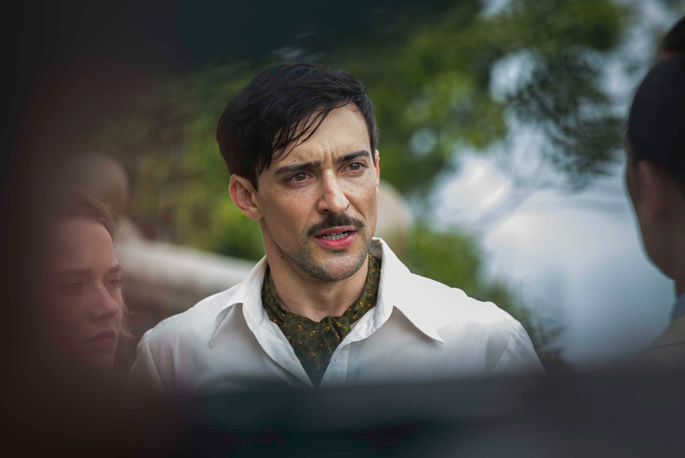 Alice’s husband, Charlie, is getting more out of control by the day. Finding that Alice has been out all night (with Aafrin) during the earthquake, he seeks revenge by cutting off Percy’s hair.

Alice in both fear and anger over her son’s safety, smashes a plate over her husband’s head while he is eating breakfast. In one of the most uncomfortable scenes of Indian Summers to watch, Charlie orders her to the bedroom and takes off his belt to beat her with.

Charlie is still furious about Alice running away from England with Percy: “We were so happy.” Alice woodenly responds: “You were. I was drowning.”

Charlie locks her up in her room, with strict orders that the door not be opened. But Ralph rescues her, finally taking a stand against his brother-in-law, and Charlie makes an awkward scene in front of all the members at the Club. 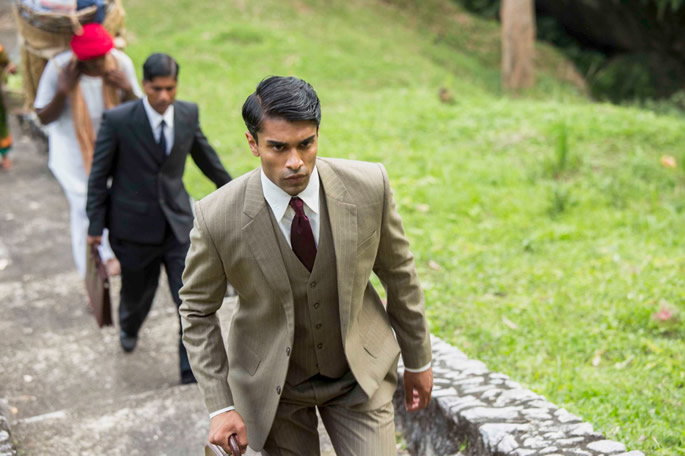 Darius (played by Roshan Seth) has been worried about his son Aafrin, ever since he returned from Gujrat after a two year absence. Finding sketches of Alice in his journals, Darius confronts his son about the change that has come over him.

The concern leads to a heated discussion about interracial love. Aafrin is confused over his father’s professed admiration for the British as their ‘friends’. But Darius insists that despite their gratitude for all that the British have given them, their traditions do not match at all.

Darius is unable to sway Aafrin, who resolutely states: “I will not give her up. Not for you and not for anyone or anything.”

But while Aafrin is determined to be with Alice, the surprise arrival of a presumed dead Naresh with the call to a suicide mission leaves Aafrin with a much deadlier problem to deal with. 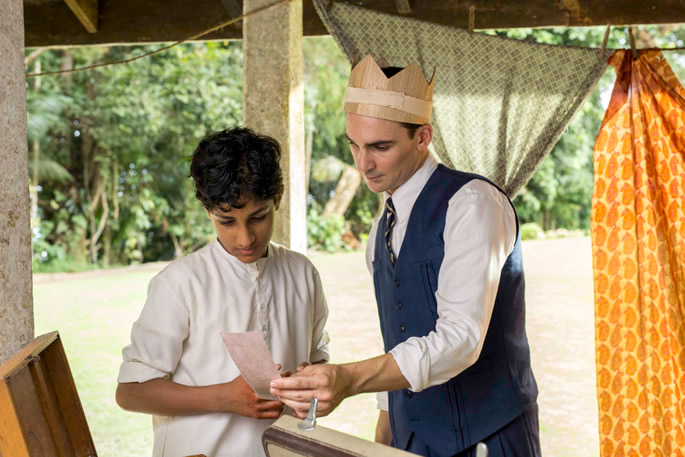 Ralph is happy for Alice when he finds out that she is spending time with another man. Cynthia confesses that she already knew of the affair, but protects Aafrin’s identity, and names one of the Club members instead.

Meanwhile, Ralph and Adam’s relationship reaches a new milestone. As Madeleine appears to be coming to terms with her husband’s interracial illegitimate son, Ralph tells Adam more about his family history.

He shows his son a half-torn photograph of a baby Ralph in his mother’s arms. Adam innocently asks what has happened to the other half of the photo. Ralph realises it is hanging in Cynthia’s office, as a remembrance of her late husband, Reggie.

The realisation of years of lies and secrets puts an incredible strain on Ralph and Cynthia’s relationship, and Ralph violently slaps her in his anger.

Will Ralph ever forgive Cynthia for betraying him, and what new terror will Naresh bring to Shimla?