William and Kate get Bollywood Reception

Bollywood gave William and Kate the ultimate royal treatment at a charity ball held at the majestic Taj Mahal Palace Hotel on April 10, 2016.

"It has been a real treat to be welcomed to India in this way."

It was a night to remember in Mumbai as Bollywood descended upon the Taj Mahal Palace Hotel on April 10, 2016 to dine with the world’s favourite royal couple!

The Duke and Duchess of Cambridge attended the charity ball organised by the British Asian Trust, and rubbed shoulders with Bollywood’s most elite.

The Kapoors were there – including Anil Kapoor and his daughter Sonam who looked gracious in an Elie Saab gown, as well as Arjun Kapoor. 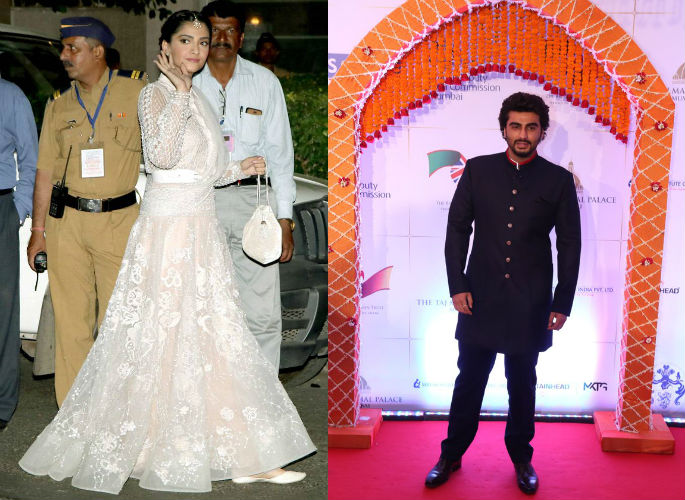 Joining them at the gala night were the young and beautiful of B-town – from Alia Bhatt, Parineeti Chopra to Aditi Rao Hydari, they brought the best of fashion and style to the royal occasion.

But no one could draw attention on the red carpet like Aishwarya Rai Bachchan, whose ethereal beauty was only matched by her elegance.

Opting for a Sabyasachi saree, Ash was all smiles throughout the evening although husband Abhishek was unable to attend due to a severe slipped disc. 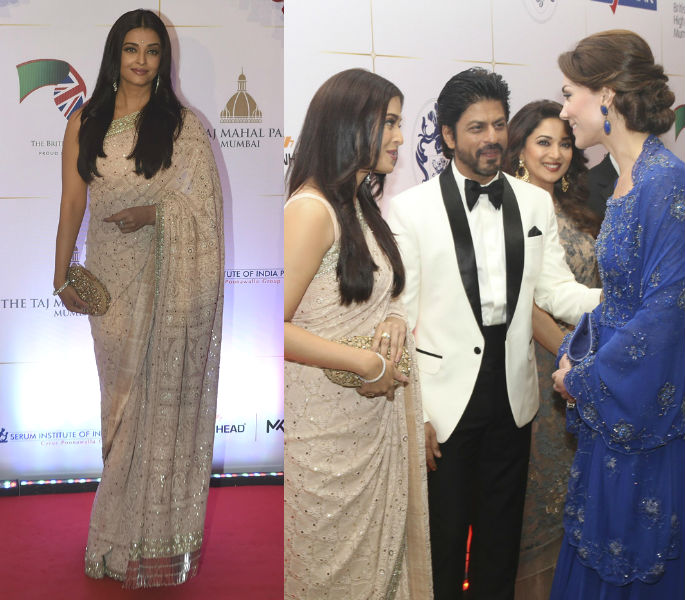 The true limelight, however, rightfully belonged to Kate Middleton who wore a royal blue gown by Jenny Packham, matched with a sheer cape.

The final touches of her look were customised for her trip, such as completing the dress’s beaded embellishment in India, and selecting her clutch bag and bold earrings from Indian jewellers Amrapali.

Meeting Kate for the very first time, Shahrukh Khan was stunned, saying: “Is it ok to say she’s extremely beautiful and elegant? Well she is!

“If they spend more time here I think they’ll love it. I could definitely show them a good time! I’ll take them out.”

King Khan added: “[Prince William] was taking about the collaboration of the British and Indian film industries. I was talking about my kids who are studying in London.

“It’s a very short visit and I said they should come back and spend longer here. They said they’d love to but they’d had to leave their children at home as their schedule was so jam-packed.”

The Royal couple was so gracious & full of poise. Tonite as I said is the nite of the King the Queen & the Knights. Wish all nites were same

Madhuri, who also chatted with the royal couple, said: “We talked about Indian movies and how they’re getting popular everywhere.

“The Duke said he hadn’t watched any Bollywood movies but he represents the British film industry was and interested in collaboration.

“[Kate] said she loves being here and the people are very welcoming this time, but she was worried she may miss her children.” 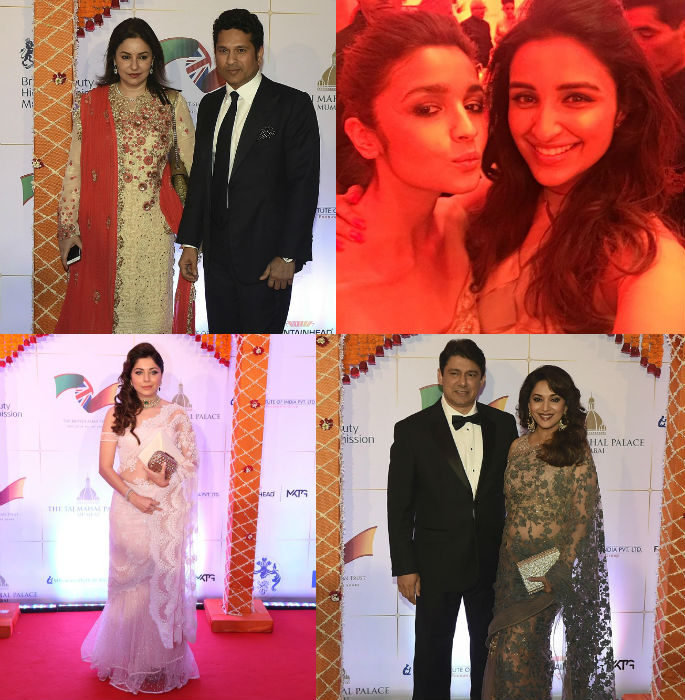 Entertainment of the evening included Bollywood dance medley by Shiamak Davar’s company, and music from playback singer Shankar Mahadevan and his son Siddharth.

TRH were treated to an amazing Bollywood dance performance at the Gala #RoyalVisitIndia pic.twitter.com/1VX1LMCZyV

Rishi Kapoor, Karan Johar, Jacqueline Fernandez, Sachin Tendulkar and Manish Malhotra were among an array of notable guests who were seen mingling with royalty throughout the night.

Rounding off the fundraiser for Childline India, Magic Bus and Doorstep, Prince William took to the stage for a short speech:

“It has been a wonderful and colourful evening. It has been a real treat to be welcomed to India in this way.

“When Catherine and I got married, India was the first place in her list which she told me she wanted to visit. Two children and five years later, we finally made it and we are quite honoured to be here.

“It seems fitting that we start our journey from here. A short distance from the Gateway of India where so many people including my great great grandfather had come.

“Catherine and I embarked on a journey to get to know the vibrant India in the 21st century. We are so pleased that tonight’s event will raise considerable sums for three Indian charities, working to overcome severe problems.

“On a personal level, Catherine and I are full of admiration for this diverse and democratic society. No one can come here without being awed and amazed, without a sense of excitement for all that India has achieved in the past and the extraordinary promise it holds for the future.” 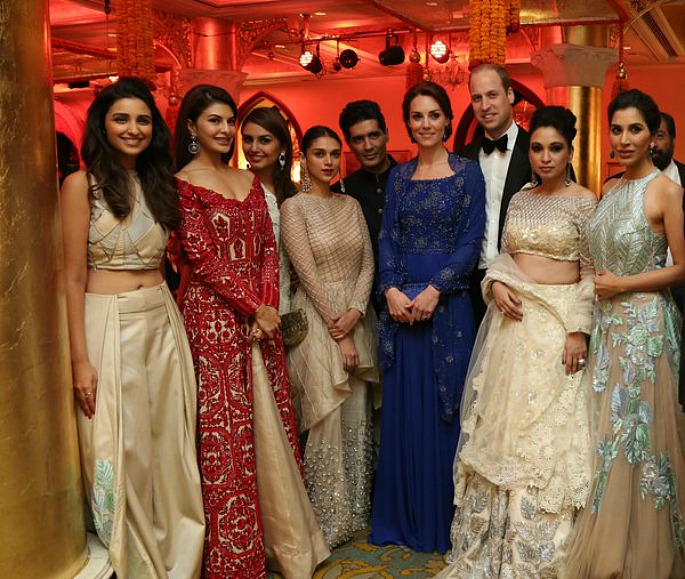 Richard Hawkes, Chief Executive of the British Asian Trust, echoed Prince William’s message and commitment in bringing the nations closer together through charitable efforts.
He said: “Because of all the people who are coming tonight, the amount of publicity is a brilliant opportunity to talk about what we’re doing.

“We’re about the British Asian community in the UK seeking to make the biggest possible difference that it can in South Asia together with the convening power of our president The Prince of Wales.”

William and Kate will be visiting New Delhi next to meet with Prime Minister Narendra Modi for lunch and visit the Kaziranga National Park, before heading to Bhutan.

Images courtesy of AP and UK in India Official Twitter