On the third day of their royal tour, William and Kate visited underprivileged children in New Delhi and met Prime Minister Narendra Modi for lunch.

"People think of them as beggars and thieves, but they are just children."

On Day 3 of William and Kate’s royal visit to India, the couple met with Prime Minister Narendra Modi for lunch at the Hyderabad House in New Delhi.

The royal palace, former residence of India’s Maharajas, was a fitting choice of venue to host the Duke and Duchess of Cambridge.

Kate, looking every part gracious and elegant in a coral green dress matched with nude shoes, signed the visitor’s book on arrival.

Together with her husband, they were expected to discuss the steel crisis and Tata Steel’s imminent exit from the UK after the Indian firm announced plans to sell its Port Talbot plants in March 2016. 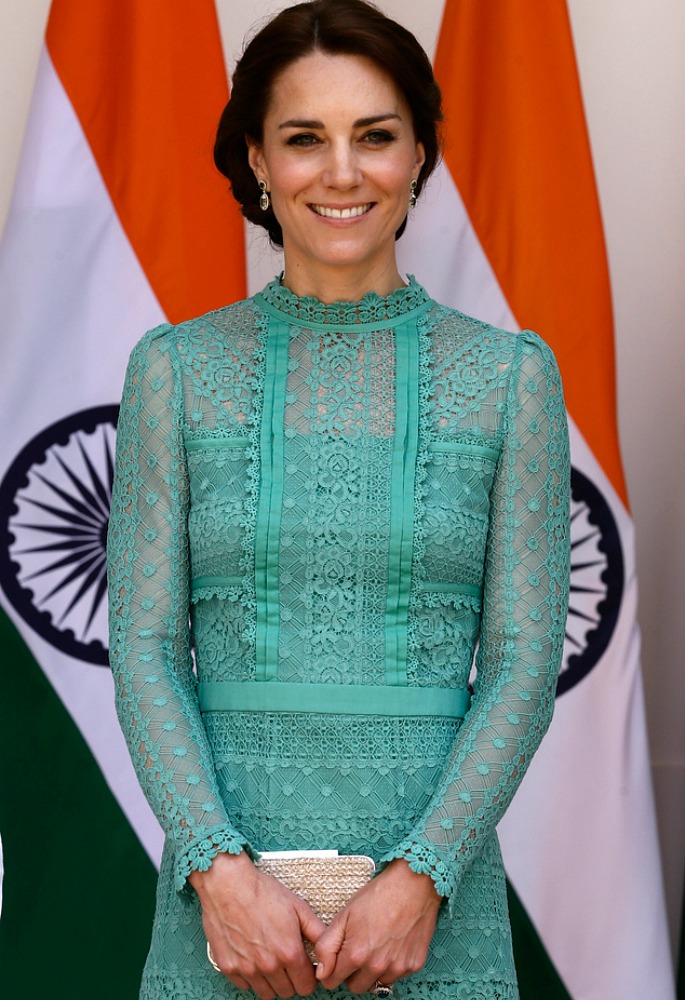 Earlier in the day, the royal couple paid a visit to a charity centre run by Salaam Baalak Trust, supporting homeless children who make New Delhi’s railway station their home.

Many of these children become easy targets for trafficking and abuse. William and Kate were there to understand how the centre reach out to them and provide them with education, healthcare and shelter.

Sanjoy Roy, the charity’s director, explained: “The boys come here for four hours of lessons and some food every day. When they’re not here, they’re at the railway station.

“They often have to deal with trauma, learning difficulties, ADHD and we have special programmes to help them with that.

“These children that we look after are the most vulnerable. Some may have their eyes gauged out or hands hacked off.

“The primary reasons they run away from home are misunderstanding with step-parents, physical and mental abuse, incredible poverty or a life event such as forced marriage.” 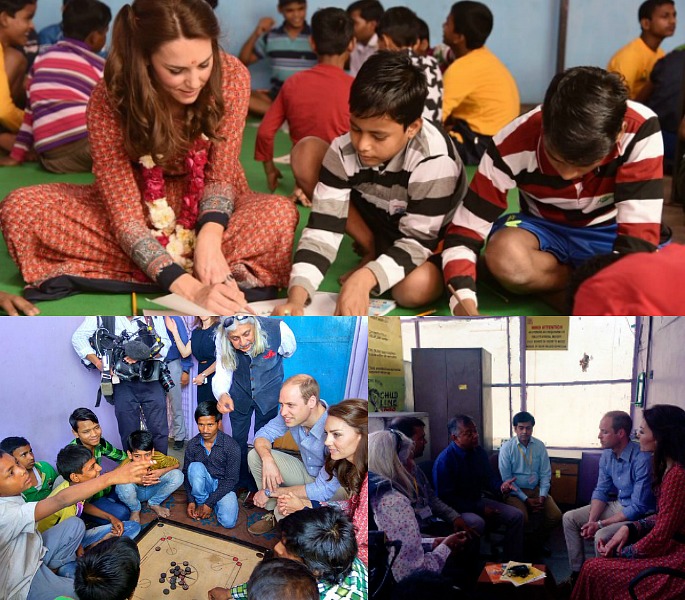 As Prince William asked what they could do to help, Sanjoy replied: “Spread the word. People think of them as street kids, beggars, thieves but they are just children. They deserve an education, future and a life. They have a right to a childhood.”

The royal couple also joined the kids for a game of Carrom, before speaking to the Trust’s City Walk Guides who were once street children themselves, and Dr Amit Sen to find out more about the Trust’s mental health initiative.

William and Kate will be heading to Assam next where they will promote conservation issues and participate in New Year celebrations.