Royals Prince William and Kate visited Bradford in what was their first joint engagement of 2020. During their visit, they headed to MyLahore restaurant.

they got to knock up their own culinary creations

On January 15, 2020, Prince William and Kate went to MyLahore restaurant as part of their visit to Bradford where they made mango lassi.

Supporters cheered for the Duke and Duchess of Cambridge as they visited the city in what is their first joint engagement of 2020.

Their last public engagement together was at a charity event in London on November 12, 2019, for their volunteer text support service Shout.

Crowds gathered outside the City Hall where the Royals made their first stop.

At one point the shouting was so loud the Duke said to a group: 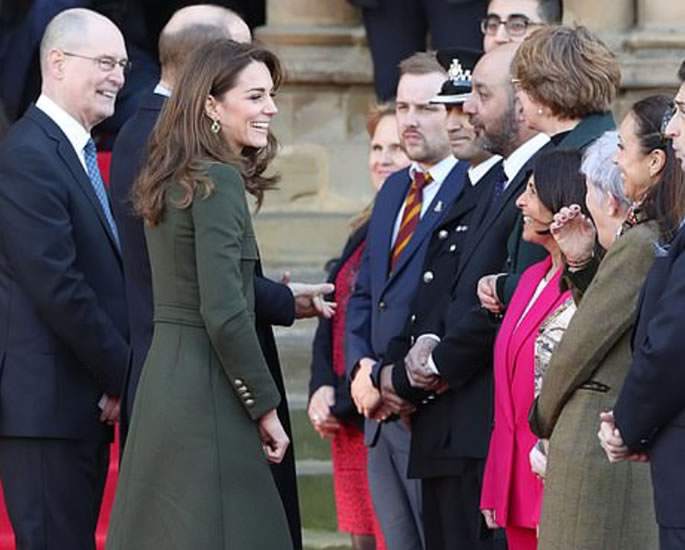 Underneath, Kate wore a black and white tartan pattern pussy-bow dress by Zara. To complete the outfit, she added a small black bag, gold drop earrings by Zeen, the Pakistani jewellery designer and pointed black heels.

As well as speaking to members of the public, William and Kate were in the West Yorkshire city, with the focus of improving social cohesion.

The couple visited a community project that aims to strengthen bonds between grandparents and grandchildren in the city.

The tour of Bradford includes a visit to the Khidmat Centre, whose main focus is to help vulnerable people from minority ethnic backgrounds.

William and Kate also took part in a session by Better Start Bradford, which delivers more than 20 projects to pregnant women and families with children under the age of four.

After meeting members of the public, the couple went to the popular British Asian restaurant chain MyLahore. 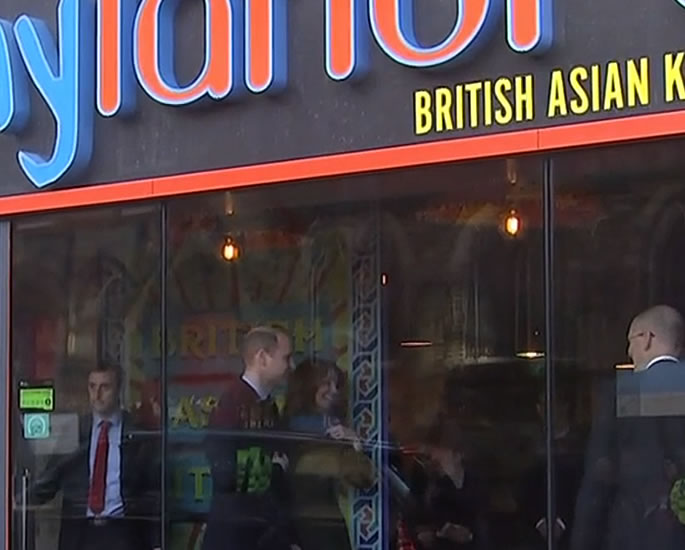 MyLahore is a chain of restaurants that takes inspiration from Lahore, which is known as Pakistan’s food capital.

There are branches in Leeds, Birmingham and Manchester but the one in Bradford is their flagship restaurant.

Crowds cheered as they got out of their vehicle and went into the restaurant. 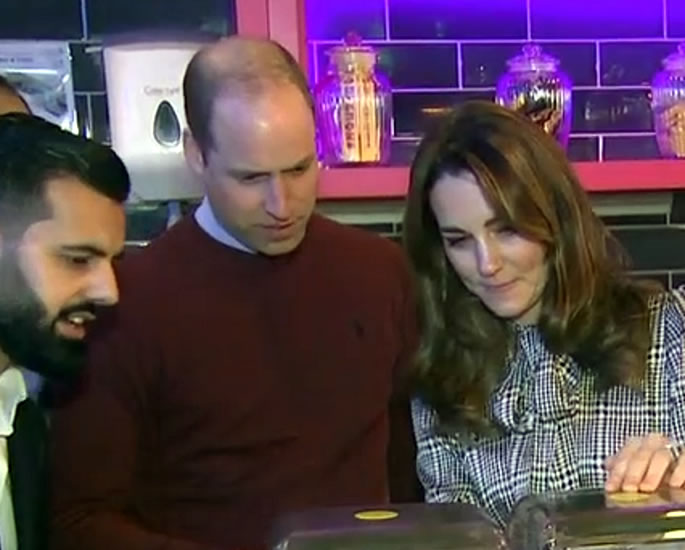 Their first stop inside the restaurant was in the kitchen where they met students from Bradford College taking part in an apprenticeship scheme.

It was one of the highlights of their first day in Bradford as they got to knock up their own culinary creations under the guidance of operations director Ishfaq Farooq. 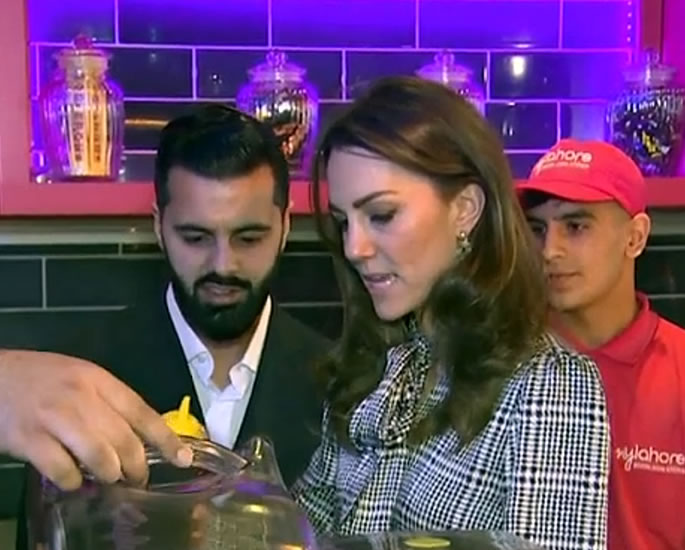 While Kate had fun making and drinking a Kulfi milkshake, William created a mango lassi. 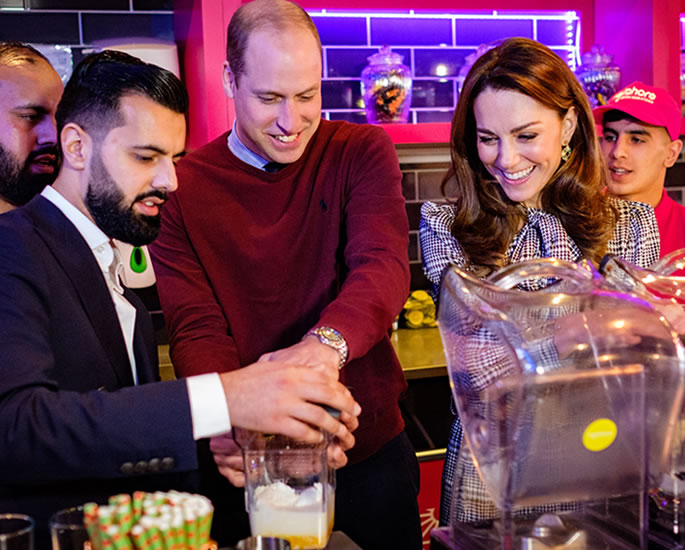 Both mixed their drinks using blenders and added ice-cream.

He went on to ask about the origin of the ingredients used.

The Duke and Duchess of Cambridge tried their hand at making milkshakes during their visit to @mylahore. They also met students from @BradfordCollege who are on an apprenticeship scheme at the restaurant. pic.twitter.com/jFX92WJSze

While at MyLahore, William and Kate got to meet with former world champion boxer Amir Khan.

The boxer hinted that Prince William would like to work with him together on the Amir Khan Foundation and that they also discussed mental health in sport.

Apart from making and trying out traditional South Asian drinks, William and Kate are set to hear about some of the charitable work that MyLahore does to support the local community.

The Duke and Duchess will eventually move on from the restaurant where their final engagement will see them joining a workshop run by Near Neighbours.

Near Neighbours helps people in diverse communities to get to know each other better, build relationships of trust and improve their neighbourhoods.

Dhiren is a journalism graduate with a passion for gaming, watching films and sports. He also enjoys cooking from time to time. His motto is to “Live life one day at a time.”
UK Businessman Shot and Killed in Pakistan
Indian Killer of Girlfriend confessed on TV and Arrested