The Duke and Duchess of Cambridge posed for a historic photo at the Taj Mahal before bidding farewell to India after their week-long royal tour.

"I was graced with the royal bottoms!"

Prince William and Kate Middleton brought royal magic to one of the seven wonders of the modern world, the Taj Mahal, on the last day of their tour.

They arrived at the monument around 3.45pm local time in an environmental friendly, battery operated courier, after having lunch at the Oberoi Hotel.

The royal couple signed the visitor’s book, took a stroll around the tranquil gardens and began their private tour of the Taj Mahal, which remained open to public visits.

All the press were waiting for William and Kate to pose for photos at the bench that the late Princess Diana famously sat on. 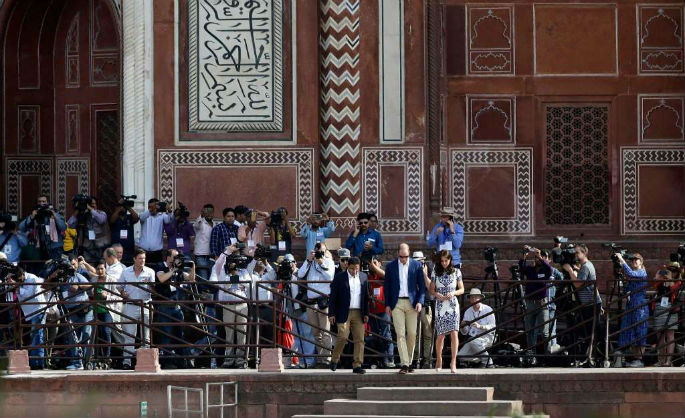 The iconic photo became a symbol of her loneliness. She separated from Prince Charles in November 1992, nine months after her visit to the Taj.

24 years on, it was a more joyful time for her eldest son William and his wife Kate who took their seats at ‘Lady Di’s chair’ to mark the end of their week-long visit to India and Bhutan.

The 34-year-old mother of two also opted for an embroidered look at the Queen’s 90th birthday in Delhi during her trip.

Prince William went for a matching look in an open neck white shirt, accentuated by a royal blue linen jacket. 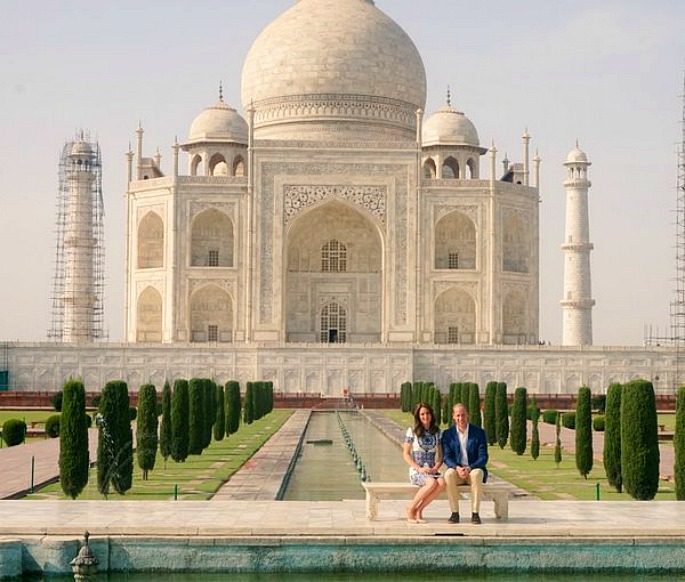 A new historic moment for India and UK arrived, when they sat on the famous marble bench and smiled for the cameras for a brief 25 seconds.

I was graced with the royal bottoms! #Royalvisitindia #TajMahal

The royal couple was in awe of the Taj’s architectural sophistication and historical significance. William said to the reporters: “I’m glad you have got your hats on. It is beautiful, isn’t it. It was overwhelming.”

A spokesman also commented: “The Duke of Cambridge is of course aware of the huge esteem his mother, the late Princess of Wales, is held in India and he appreciates the iconic status of the images that exist of The Princess at the Taj.

“He feels incredibly lucky to visit a place where his mother’s memory is kept alive by so many who travel there.

“Like everyone visiting this magical and beautiful place, they want to have a unique experience to remember forever.” 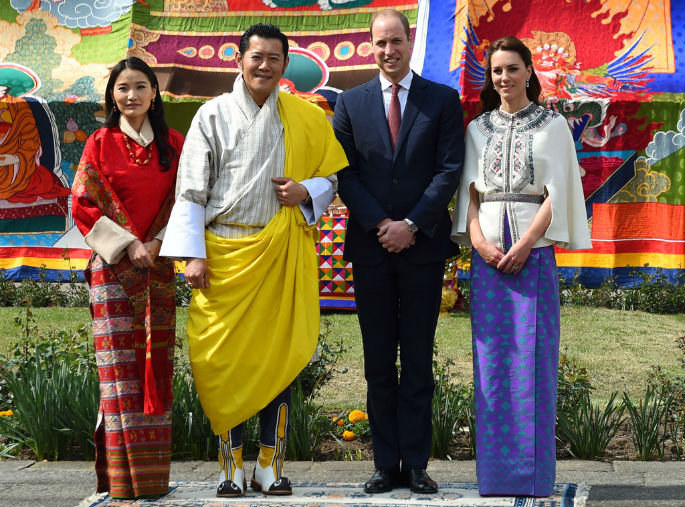 William and Kate earlier visited Bhutan for two days, where they met the King and Queen, had a go at archery and hiked for hours to reach the Tiger’s Nest monastery, where Prince Charles stopped by in 1998.