Nisha Chittal, a Forbes 30 Under 30 rising star and Social Media Manager at MSNBC, discusses why social media is a staple of digital journalism.

"Progress can be slow, but you can’t let that discourage you."

Working in social media was almost unheard of 15 years ago.

Then came the mid-2000s – when the birth of Facebook and Twitter coupled with the emergence of smartphones, ushered a pressing need among organisations to understand and utilise social media.

This is precisely what fascinates Nisha Chittal, who has been shaping one of America’s biggest news channel, MSNBC’s social media strategy since 2013.

In an exclusive Gupshup with DESIblitz, the Desi American discusses the evolving dynamics between social media and journalism, and her road to success in the digital world.

Can you tell us a little bit about your background?

“I was born and raised in the suburbs of Chicago, Illinois. My parents are Indian immigrants who came to America in the early 1980s.

“I went to school at the University of Illinois, studying political science, and after graduation, worked a number of media and social media jobs in Washington, DC and New York.”

How did you develop an interest in journalism and social media?

“I always loved politics from a young age, and I enjoyed writing in school, so in college, I chose political science as my major and thought I would become a political journalist.

“When I was in my senior year of college and beginning to look for post-graduation, I realised that journalism jobs were hard to come by at the time but social media was just beginning to develop as a profession and an industry of its own.

“I had been writing for political website in my spare time and launched social media accounts for one of the sites that I wrote for, so I thought social media would be a fun industry to get into. So, in my first full-time job after college I went to work at a social media agency in Washington, DC.” 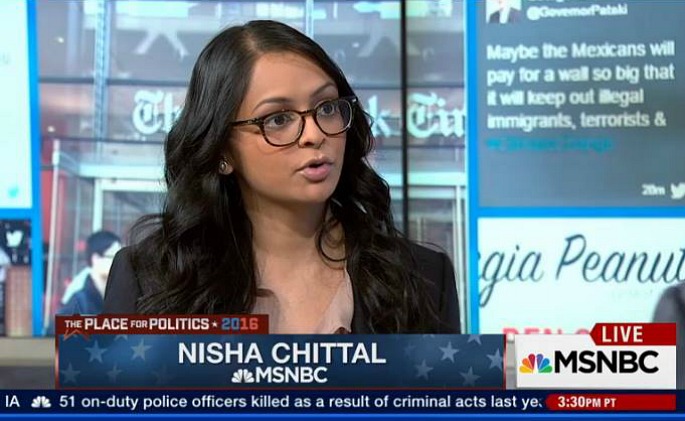 What is a typical day for you as the Social Media Manager at MSNBC?

“It sounds cliche, but there really is no typical day. Each day varies in large part due to the unpredictable news cycle.

“Some days are 9-5 and some days we’re here till 2am covering primary election results!”

How do you work with your team to set and implement your strategy? 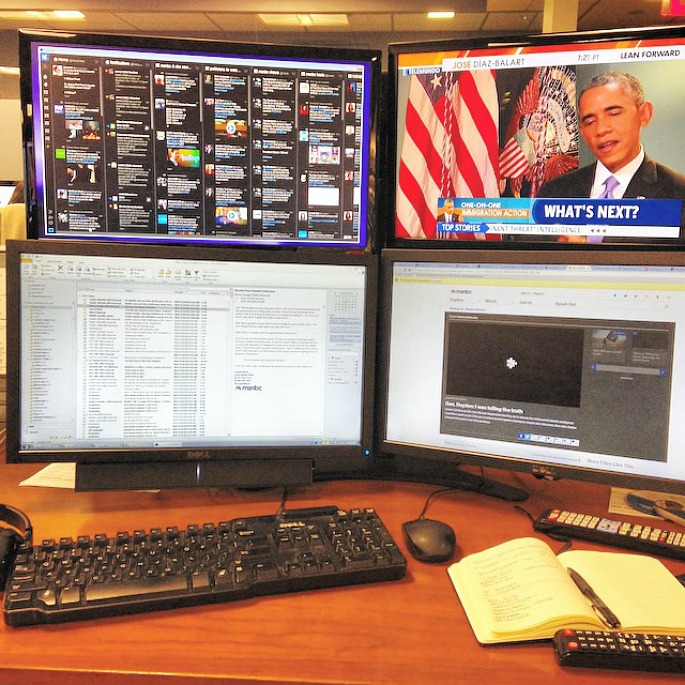 “I’d say strategy is always evolving and changing – we are constantly testing new things out and seeing what performs well and what doesn’t.

“Our goals, overall, are to drive traffic to MSNBC.com, get our content out there and get people sharing it, and to build and engage our audience.

“We spend a lot of time thinking about how to package and distribute MSNBC content on social platforms – everything from Facebook headlines and thumbnail images to crafting the right Snapchat story or making the perfect GIFs to tell a story on Tumblr.

“We spend a lot of time monitoring analytics tools to see what clicks well and what shares well, and what doesn’t, and we use that to continue to constantly optimise our strategy.”

Social media is a fast-paced world. How do you keep up with all the latest trends and changes?

“The best way to keep up is to be immersed in it everyday! I always have Tweetdeck open all day at work in one of my computer monitors, and it’s a real-time newsfeed that I’m constantly checking.

How does social media add value to news reporting?

“I think it’s really transformed news from a one-way broadcast into a two-way conversation.

“For news organisations and journalists, it’s been invaluable as a listening tool to get feedback from our audience, see what they’re talking about and what stories are interesting to them, and use that to help inform our coverage.

“It’s helped us better reach our audience and helped us cover what our audience wants to hear about more – and that’s definitely a good thing for everyone.” 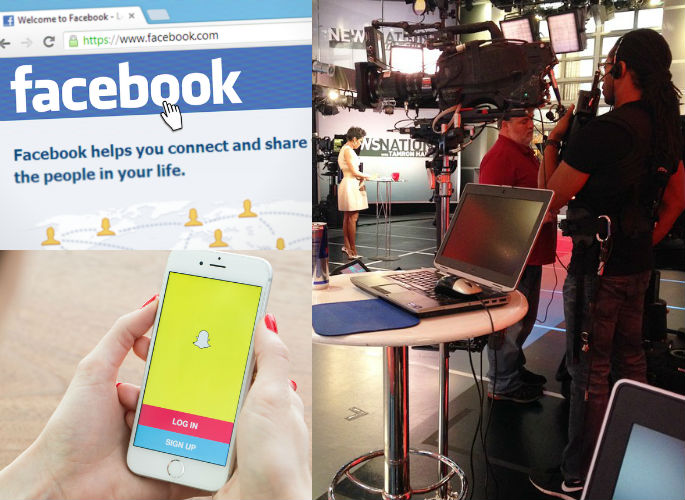 What do you think will be the next big thing in social media?

“I think there’s a preoccupation with figuring out what the ‘next big thing’ is, but I think the key to really solid social media strategy is to focus on the platforms that work best for your target audience, rather than chasing whatever the next big thing may be.

“Snapchat is a new ‘hot’ platform right now, and I love it, but I wouldn’t say it’s right for every brand or every media company – it’s more about figuring out what works for your audience.”

Throughout your career, what is your proudest moment and biggest lesson learned?

“I’m really proud of our coverage around the 2016 election so far, and it’s something that’s continuing to evolve as we’re still several months out from the election, so I’m confident we’ll continue to do more great work there.

“We’ve used Facebook Live, Periscope, Instagram, Snapchat, and more to take our social media audience behind-the-scenes on the campaign trail in a way that wasn’t possible.

“I think one of my biggest lessons learned over the years is that progress can be slow, but you can’t let that discourage you.” 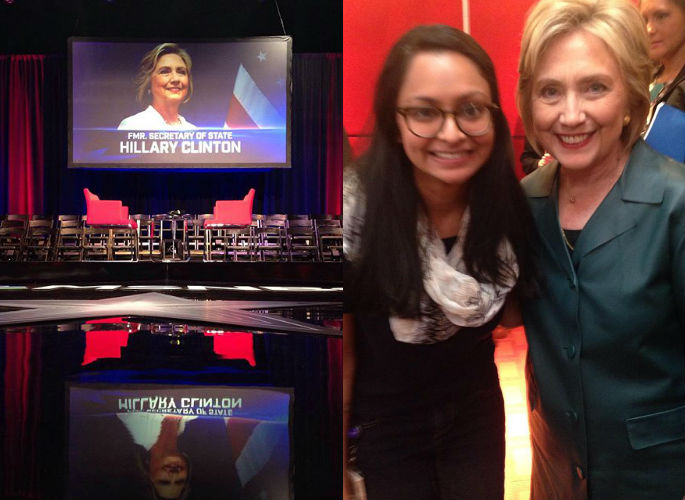 Who is your role model?

“I really look up to successful, outspoken women who are leaders in their fields and have carved their own career paths.

How do you relax outside work?

“I’m a big reader, so I’m always trying to read a lot of books, particularly fiction. And I love trying out all of New York’s great restaurants when I can.”

What do you wish you were better at?

“Saying ‘no’ to things that aren’t the best use of my time! I think women in particular have a hard time with saying no and wanting to please everyone – but everyone’s time is limited, so it’s just not possible to say yes to everything.”

Driven and ambitious, Nisha Chittal has already set her sights on covering the US presidential election in 2020.

You can follow Nisha Chittal on her Twitter and read her articles on media, technology, politics and women’s issues here.