‘No Cowboys, Only Indians’ & Journalism with Mihir Bose

DESIblitz reviews ‘No Cowboys, Only Indians’ – a fantastic show with three established journos, Mihir Bose, Shekhar Bhatia and Vivek Chaudhary recollecting the highlights of their careers.

All three of them held their own during the evening

Mihir Bose, Shekhar Bhatia and Vivek Chaudhary performed to a sold out audience between 5 and 8 December, 2015.

Set at the intimate Courtyard Theatre in London, the three journalists spent the evening narrating interesting anecdotes about their career. From their media exploits, to their exposures of being the Indian brigade of British journalists.

Since 1974, Mihir, Shekhar and Vivek, together, have accumulated a hundred years in the British media reporting on some of the world’s biggest news stories and sporting events.

Dubbed as Fleet Street’s ‘Brown Three Degrees’, the trio talk about the tricks, politics, travels, hard work and fun in search of the story.

Mihir Bose became the first BBC sports editor after writing for The Sunday Times and Daily Telegraph, and is now the author of 28 books. 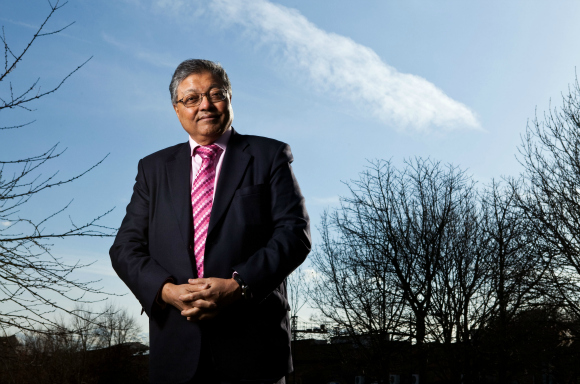 Bose also writes and broadcasts on social and historical issues. His awards include Business Columnist of the Year, Sports News Reporter and most recently the Lifetime Achievement Award by the Asian Cricket Media Awards.

He currently writes a weekly ‘Big Sports Interview’ for the London Evening Standard.

Shekhar Bhatia has worked for several national papers, and is currently based in New York as a senior reporter for the online Daily Mail.

Some of his most distinguished work includes the first ever television interview conducted with the parents of Reeva Steenkamp, and the official memoirs of Anni Dewani’s father, Vinod Hindocha.

His hard work was recognised at the Asian Media Awards 2014 as he won Journalist of the Year. 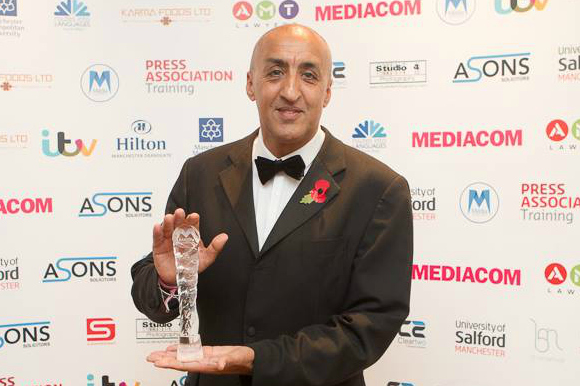 Vivek Chaudhary is now working with ESPN after being the former chief sports correspondent of The Guardian.

He is also considered the world’s only British-Asian Argentinean after two years of working in the country as a foreign correspondent.

All three established personalities in their own right held their own during the evening.

Mihir Bose, being the more experienced of the three, had many accomplished experiences to share, and while Shekhar Bhatia had the most diverse encounters, Vivek Chaudhary was certainly the funniest.

They all made the audience feel involved in their anecdotes and their casual narration made it feel like a group of friends telling stories to each other.

The trio were accompanied by celebrated pianist Lola Perrin. She has over 70 piano compositions and her piano students include the former Shadow Chancellor Ed Balls.

Lola’s compositions complemented the mood and created a pleasant interim as the journalists switched into different topics. 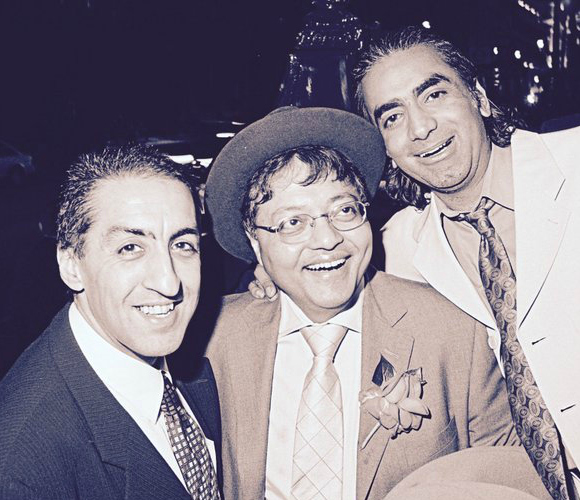 The final piece played, combined the British and the Indian national anthem. This was a pleasant surprise, expressing how the three embraced both British and Indian culture.

She tweeted the news saying: “Hosting cracking event with first 3 Indian journos on Fleet Street sharing stories and scandal for the Alzheimer society.”

Incidentally, Meera is also the ex-wife of Shekhar Bhatia. Their daughter Milli Bhatia directed the production.

Kulvinder Ghir, from Goodness Gracious Me, and BBC Radio presenter, Yasmeen Khan, also made introductions on Sunday and Monday respectively.

All three opened with ease, sprinkling comedy into their introduction, making the audience feel welcome and excited for what was to come.

Guests that came to see the show included fellow journalists as well as friends and family of the cast. All profits went towards the UK Alzheimer’s society.

The journalist trio gave the audience some entertaining and interesting accounts, as well as some food for thought.

This ranged from lunch with Nelson Mandela, being mocked by Alex Ferguson, and being hailed as a brother by Mohammad Ali.

Their travel experiences were also colourful, ranging from funny incidents of being deported in Zimbabwe, to having police chasing them in Goa. 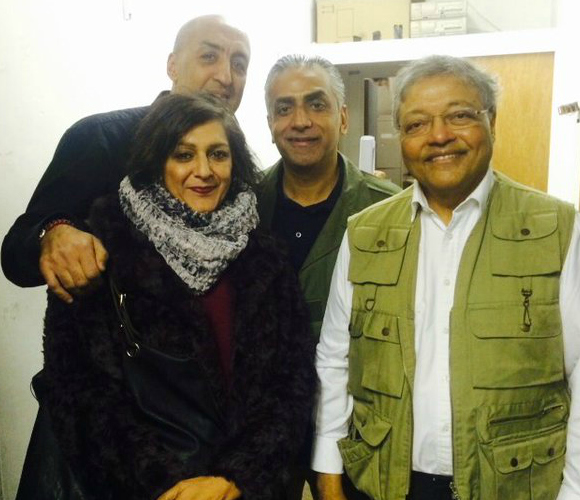 While sharing their wonderful experiences of travel and the great people they met, they also eluded to the darker side of journalism.

Of times where they found themselves in sticky situations, whether through football hooliganism or dangerous warzones.

They also opened up about the racist backlash they encountered as being some of the very few South Asians at the time in Fleet Street.

This ranged from people not anticipating them being from such reputed publications, or the difficulties in attaining the stories or merit that they deserved to get.

It was truly inspiring to hear their journey on the challenging yet rewarding career ladder, and how they had opened doors for the new age of British Asian journalists in Fleet Street.

Overall, the evening was a comedic and serious mix of three amazing journeys; Mihir Bose, Shekhar Bhatia and Vivek Chaudhary, who have each paved the way for more future endeavours of British Asians in media.