Prominent ITV reporter and presenter Balvinder Sidhu talks to DESIblitz about her changing her career to pursue journalism, how important it is to uncover the hidden taboos of British Asian society, and her Asian Women of Achievement Awards win.

"As a journalist, it is my responsibility to ask difficult questions and tackle difficult subjects"

Stepping into the competitive world of media can be an intimidating venture for any budding young journalist. For a 27-year-old British Punjabi woman with a high-paying job in the public sector, the risk is even higher.

For Balvinder Sidhu, however, letting go of a comfortable career and return back to university was a gamble that paid off.

Now as an early presenter and reporter for ITV News Central, Balvinder has become well-known for tackling controversial topics within local Desi communities. Most notably to do with mental health, interracial relationships and grooming.

As stated by the Awards’ organisers:

“Balvinder stood out for our judges who were struck by the fearlessness with which she uncovers stories and often taboo subjects in order to produce award-winning stories.

“She is committed to diversity both in her organisation and beyond and her authenticity, curiosity and drive are admirable. She deserves to be recognised for her achievements in the British media.” 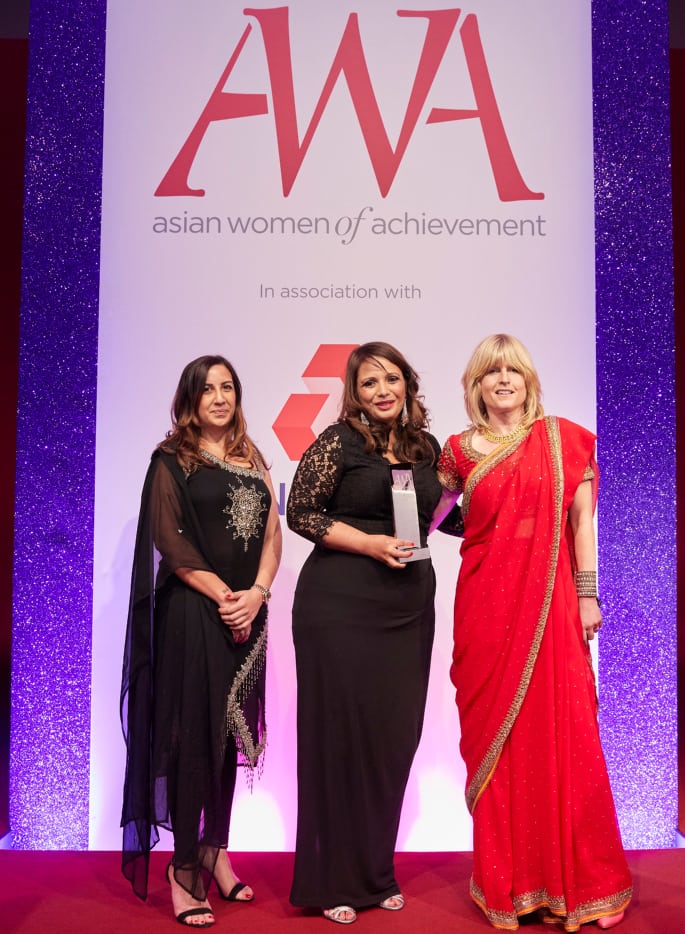 Few Asian personalities use their mainstream platform in such a way. And it is remarkable to see how Balvinder’s journey in media has flourished.

In a special interview with DESIblitz, Balvinder talks about her AWA win, her passion for journalism and her advice for other Asians looking for a career in media.

Tell us about your background, where did your interest in media come from?

I have always been interested in capturing and telling stories. I produced my first documentary when I was 15 years old for a GCSE project, on the contribution of immigrants to British life.

I loved the buzz of the media environment, but I struggled to find a way in. For weeks I worked for a local Asian radio station for no pay doing administrative work.

Frustrated by the lack of progress and any real learning, I decided to park my media ambitions and use my recently acquired Psychology degree to help women and children who had suffered domestic violence. I worked in a refuge for a few years before joining a local authority in strategic development and crime prevention. Although I really enjoyed my job, I always felt something was missing.

So, in 2007 at the age of 27, I decided to take a risk. I left my well-paid job to go back to university and study full-time for a Postgraduate Diploma in Broadcast Journalism. There was no guarantee of work at the end of it but I had to give my dream that one final chance.

During the course I applied for several training schemes with local radio and television broadcast companies, eventually securing a bursary and 6-week work placement with ITV News – which turned out to be my big break.

How did your family react to you wanting to pursue journalism and media – were they supportive?

It was an unusual situation as I started training as a journalist while I was married, and it involved me moving to Bristol for 3 years to work for ITV.

I had to live away from my husband during the week, only to be reunited at the weekends. He had to stay in the Midlands because of his job.

I was torn as I thought my in-laws and wider family would frown upon my decision – it’s not normal or encouraged for a Sikh Punjabi married woman to “leave” her husband to pursue a career. It also meant we delayed having children.

Thankfully, my in-laws were supportive and my husband has been my rock throughout.

“I am sure there were some people in the community who judged me and felt sorry for my husband (who had to “fend” for himself!), but we are both ambitious people and believe a couple’s strength comes from supporting each other’s dreams.”

I believe in gender equality and he is my equal in every way.

Was it challenging being an Asian woman to make the career change, especially coming from a psychology background, and find a place in the competitive world of media and journalism?

Yes, it was challenging, especially in the beginning – I had absolutely no contacts or connections in the industry. I had to prove my worth and create my own space.

There were many times I didn’t think I was good enough – I didn’t like my voice, and I struggled with the editing software and the deadlines! In the early days, I remember being told to change the top line of a story a minute before we were about to go on air and my mind would go blank with sheer panic and worry.

There were tears!! Going from someone who managed a team of people in charge of policies and procedures, to writing and editing stories for television – it was a huge change. And newsrooms are busy environments – people don’t have a great deal of time to talk you through each story, each picture. 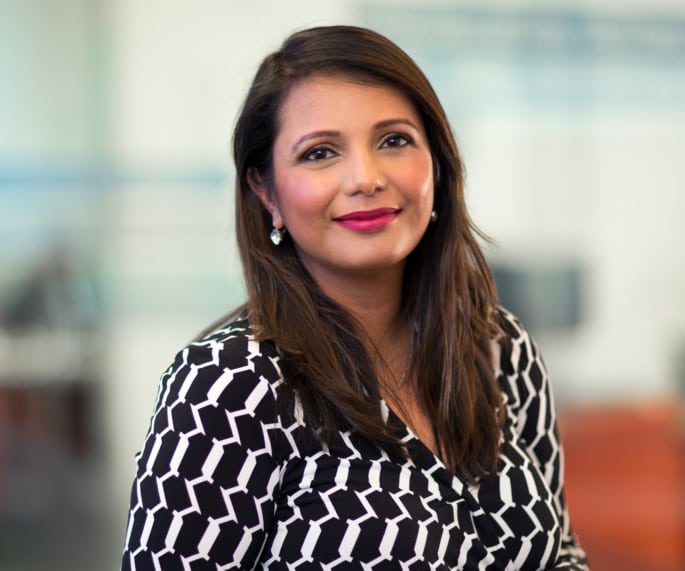 You’ve used much of your experience and knowledge of the public sector to bring light to taboo topics of the Asian community. Do you feel that it is important to raise better awareness of these issues?

Absolutely – there are so many taboo subjects within the Asian community that need exploring. But this isn’t just about Asian issues.

Many of the stories I have covered, such as the worrying rate of male suicide, post-natal depression and eating disorders amongst men, cut across race, gender, age and disability.

Similarly, grooming is an issue affecting many young girls and the impact on Asian girls is a more hidden problem because of shame and honour. But as a journalist in the Midlands, I would like our stories to reflect the community we serve, so I am interested in a lot of subject matter.

I grew up in a very conservative Sikh family, the fourth of five daughters. My father died when I was 8 and growing up I always felt the pressure of marriage.

“Having a career was viewed as secondary and I remember thinking – why is it like this? Why are girls discouraged? Why are widows treated badly?”

My sister has a learning disability and I remember my mum would attend family weddings and events alone because she was worried about my sister’s behaviour. I think she felt embarrassed to have to explain her behaviour and disability to others all the time.

It’s this attitude towards issues such as mental health and disability that I want to question and challenge. I want to use storytelling to raise awareness and create a better more positive societal outlook.

Have you faced any backlash from the community for talking about these controversial topics?

Yes, there was some backlash on social media when I covered the inter-faith marriage story. People feel very passionately about religion and some individuals felt that as a Sikh woman I should not be covering stories that might portray the faith in a negative light.

But the Anand Karaj (Sikh marriage ceremony) dispute has affected many couples up and down the country, so much so that private security was being hired to ensure people could get married without disruption.

It was a story that needed to be investigated and told – and fundamentally my job as a journalist is to explore, investigate and report.

It met with a mixed reaction. Some people praised my efforts to tackle a sensitive and controversial issue. As a journalist, it is my responsibility to ask difficult questions and tackle difficult subjects. 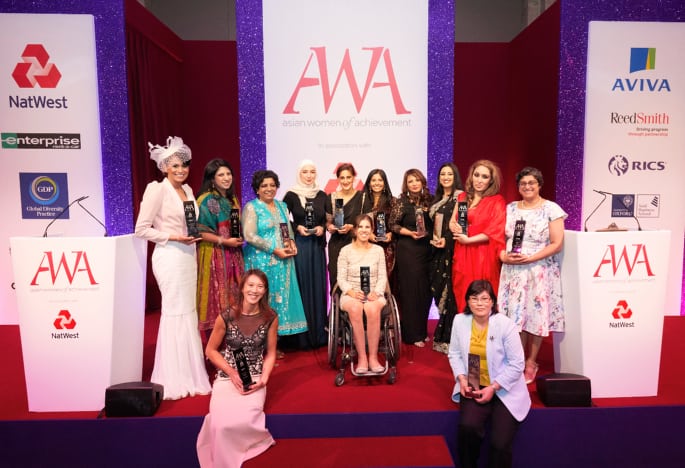 Growing up, did you feel that there was a lack of Asian representation on TV?

Yes, definitely there were very few Asians on television when I was growing up. You had to watch the Mahabharat on BBC2 on a Saturday morning to see Asian faces, and that was usually followed by Network East.

The representation was stereotypical. Indians always had accents, worked in shops and wore Asian clothing, and I never understood that as I didn’t speak with an accent.

But it was good to see familiar faces, and I loved Sonia Deol who fronted Network East. She inspired me to enter the industry.

There has been considerable debate over the gender pay gap for those working in media. What has your own experience been?

It’s an issue that has finally received the attention it needs. As women, I think we are so grateful for opportunities that we rarely request pay increases or aim for senior positions. I don’t think it’s part of our DNA to ask for more, but I think that needs to change.

We need to be more confident in our work, achievements and potential. It’s a complex problem that I hope will change significantly by the time my daughter enters the workforce.

What is the most enjoyable part of being an early presenter and reporter for ITV News Central?

My job is great fun and no two days are the same! I enjoy being a familiar face in the Midlands, bringing local news to thousands of homes 3 days a week during Good Morning Britain.

I love my early morning team – we make sure there’s plenty of tea going.

I enjoy investigating different stories, exploring a new topic, interviewing people and getting to the heart of an issue. And often stories lead to debates, discussions and changes in policy.

For example, I produced a feature on attitudes towards breastfeeding after a woman was criticised on Facebook for feeding her baby in public.

It started a much-needed debate and forced individuals and groups to assess their own attitudes and policies towards breastfeeding.

How does it feel to have won an Asian Women of Achievement Award?

Its an honour to have been recognised for my achievements to date.

I am grateful to my nominee Jasvinder Devgon, the AWA judges, my boss Liz Hannam and my colleagues at ITV News Central for supporting my ideas.

I come from a working-class background, the first girl in my family to go to University. There was a lot of pressure on me to get married when I was younger because my mum was a single parent with five daughters.

I have had to fight an emotional battle to reach this point. I feel blessed that I am now able to use this platform and hopefully be a role model for others.

What advice would you give to other Asian women and girls who aspire to have a career in media?

A postgraduate course in Broadcast Journalism is a good start, and a lot of the Universities that run these courses have great links with established television and radio broadcasters. They will train and push you in the right direction.

Apply for every opportunity that comes your way and make contacts. If you meet someone in the industry ask them for work experience – it’s a good entry point. Follow it up with an email or phone call.

“Most importantly don’t be afraid to ask – if you don’t ask you won’t get. Do it without fear. Believe in yourself and your abilities.”

Without a doubt, Balvinder Sidhu is a wonderful example of how passion and determination can pay off.

As a successful British Asian reporter, Sidhu inspires so many other women from ethnic backgrounds to realise their full potential.

Her journey to media may have been an unconventional one, but it is one that can ignite hope for others to also pursue their creative dreams.

Aisha is an editor and a creative writer. Her passions include music, theatre, art and reading. Her motto is “Life is too short, so eat dessert first!”
Indian Man kills Elderly Mother for Not Cooking Chicken Curry
Police Hunt for Pakistani Man who stabbed his Wife and Baby