The BBC’s annual report for 2017 has revealed a vast pay gap in the salaries for women, black, Asian and minority ethnic presenters compared to white males.

"does that mean you’re going to be asking the men to take a pay cut?”

Gender and diversity imbalances at the BBC have once again created a stir after salary differences were uncovered in the broadcasting house’s annual report.

The salaries of these well-known presenters and broadcasters are significantly higher than women and individuals hailing from a black, Asian and minority ethnic (BAME) background.

These pay gaps indicate how gender and ethnic differences continue to exist at the BBC despite efforts to appear more diverse and relevant.

What do Women and BAME presenters make at the BBC? 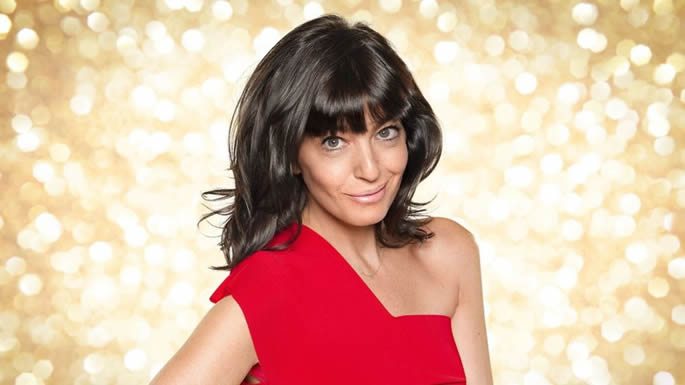 The highest paid female presenter at the BBC is Claudia Winkleman with a salary band between £450,000 and £499,999. This is less than a quarter of Evans’ salary and ranks Winkleman at position 8 in the list.

Aside from gender, however, diversity seems to be just as important an issue.

The highest paid BAME presenters at the BBC are George Alagiah, Jason Mohammad and Trevor Nelson, each earning between £250,000 and £300,000.

British Asian presenter, Mishal Husain is the highest paid female from a BAME background with a salary of between £200,000 and £250,000.

BBC director general, Tony Hall, admitted that the pay gap imbalances needed to be addressed: “By 2020 we will have equality between men and women on air, and we will also have the pay gap sorted by then too,” he said.

Lord Hall still believes however that the BBC is “more diverse than the broadcasting industry and the civil service” when it comes to gender and diversity:

“We’ve made progress, but we recognise there is more to do and we are pushing further and faster than any other broadcaster.”

While Lord Hall is adamant that progress is being made, the BBC report signifies that it is simply not being pushed far enough. The gap between Husain’s £200,000 salary and Evans’ £2.2 million is undeniably vast.

Husain is paid a fraction of what Evans earns despite also being a well-known presenter for the BBC. What’s more, she also earns £400,000 less than her radio co-host, John Humphrys.

Mishal had the uncomfortable task of questioning Lord Hall about the pay gap on her radio show, but he was unable to offer any definitive answer:

“I’m not sure what that means in terms of managing the gender pay gap – does that mean you’re going to be asking the men to take a pay cut?” Mishal asked.

While admittedly the BBC have done well over the years to show better representation on our TV screens, it appears that they have a long way to go when it comes to ensuring equal pay.

The pay gap is not the only issue for BAME individuals working in media. Lenny Henry has been fighting the lack of diversity in media for years. He recently called out Ofcom, accusing them of “fake diversity”:

“They suggest that as long as we have a BAME [black, Asian and minority ethnic] person on the TV screen, giving the appearance of diversity, then it is absolutely OK, fine, peachy and dandy, even if the creators who make the content are completely un-diverse,” Henry reportedly said.

“This is fake diversity. It’s all very well to say: ‘Look, this person has an Asian antagonist or a gay second lead.’ That’s great but who was the producer, who was the commissioner, who was the script editor, the head of casting, the photographer, the director, the first AD? If the deciders remain the same then nothing has really changed.”

“This is the dirty secret of what our industry really looks like behind the camera,” he added. 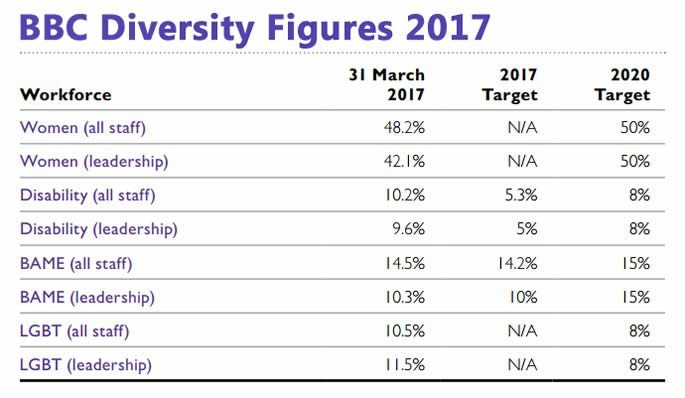 According to their Equality Information Report for 2017, the BBC believe: “Presenters from our daily new programmes are increasingly representative. In the last year we have seen Amol Rajan appointed as Media Editor, John Pienaar as Deputy Political Editor and Martin Bashir as Religious Affairs Correspondent.

According to their own projections, BAME representation exceeded the BBC’s 14.2% target to 14.5%. In ‘leadership’ levels, they represent over 10%.

But as Henry suggests, while some positives have been made to show better representation on our TV screens – for example, Adil Ray, Anita Rani, and Romesh Ranganathan – behind the scenes tell a different story.

The BBC has come under fire numerous times over the years for attempting to manipulate diversity figures. In some surveys carried out in the past, cleaning and canteen staff were also included in an attempt to boost BAME figures.

What the statistics concealed, however, were the low-level jobs given to BAME staff, while the majority of the top earners remained white males.

Today, the BBC is adamant in their report that their selection of programmes across the year reflects diversity and representation, but what they fail to mention is how BAME programming is becoming more and more sidelined.

The BBC’s Asian unit, which was responsible for shows like Network East and Bollywood or Bust, has all but gone. In addition, Black and Asian programming has also taken a backstep, moving to online channels like BBC 3 and away from mainstream TV.

Should Licence Fee Payers have more say in the BBC Pay Gap?

Another key debate raised by the annual report is how high salaries appear to be for some presenters like Chris Evans. With pay being capped in other public sectors such as the NHS, should the BBC also follow suit?

“The BBC does not exist in a market on its own where it can set the market rates. If we are to give the public what they want, then we have to pay for those great presenters and stars.”

Lord Hall insists that these talent salaries are lower than what you would expect in the commercial sector. But with the BBC being a publicly funded corporation, should the licence fee payers have a say in how their money is spent – especially as so many are women and from a BAME background themselves?

“It is at the end of the day public purse money that we are using to pay these individuals. It should actually be a collective decision and about what the public think they should be paid rather than what one person at the top thinks they should be getting paid.”

Indi also highlights how the discussion needs to be much wider than simply about pay caps. Regardless of what presenters get paid, they shouldn’t be discriminated against.

The BBC report reveals only those stars that make over £150,000. Looking down the list of 96 names, we find that there is very little British Asian representation. Do British Asian presenters not deserve to be paid along the same lines as Evans and Lineker?

While we agree that representation and diversity need to be addressed, a basic consensus also needs to be agreed upon – that whites, blacks, Asians, men and women should all be paid according to their ability, and not because of their gender or ethnicity.

Many at the BBC will no doubt be uncomfortable to have earnings displayed so publicly as they show undeniable discrimination against women and ethnic minorities. But it is only through such transparency that our hope for better equality can be realised, if not today, then perhaps for future generations.