Should the UK Scrap the BBC Licence Fee?

A recent poll has indicated that much of the UK public are in favour of scrapping the TV licence fee entirely. It could mean that the BBC will be forced to fund itself in other ways. DESIblitz opens the debate; what do you think?

"There clearly isn't solid support for the licence fee model."

A new poll has indicated that the majority of the British public believe that the television licence fee should be permanently scrapped.

Carried out by ComRes, a leading market research agency and commissioned by media analysts, the Whitehouse Consultancy, the poll asked a total of 2,000 people whether the licence fee should be abolished. 51 per cent answered yes.

The BBC will be hit the most if the public’s wishes are answered. Further survey findings have also suggested that the BBC should find new ways to fund itself, such as advertising in between programmes, rather than relying on licence fee money from viewers.

It also suggested that the public support having a subscription system, with customers opting to pay if they want to view BBC programmes.

These findings come in time to be considered by ministers and BBC executives are preparing for the government’s review of the broadcasters’ charter in 2016. 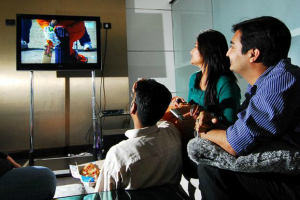 Culture Secretary, MP Sajid Javid has indicated he is prepared for a radical change concerning the BBC’s funding, acknowledging that many families found the UK’s current licence fee a financial stretch at £145.50 a year.

They supported this idea even if it meant that the BBC showed advertisements during its schedule, or decreased the number of original programmes it produces.

Those taking part in the survey were unconcerned about cutting the ‘public service’ broadcast duty, which the BBC adheres to. A third of the poll also supported replacing the licence fee with a subscription model.

Chairman of the Whitehouse Consultancy, Chris Whitehouse, commented on these findings saying: “There clearly isn’t solid support for the licence fee model and the public appears willing to consider alternative methods of funding the BBC, as long as abolishing the licence fee doesn’t mean higher taxes instead.”

A BBC spokesperson countered Whitehouse, by insisting: “In fact, support for the licence fee is higher today at 53 per cent of the population than ten years ago when it was 31 per cent, and our research shows the licence fee remains the most popular way of funding the BBC across all ages and backgrounds.”

The BBC has maintained over the years that the licence fee allows it to provide a wide range of content, and this range might be reduced under a subscription system.

Of course with the BBC now under potential threat, the repercussions could be felt by all of its media outlets, including the likes of the BBC Asian Network which already has a shaky history with BBC management. 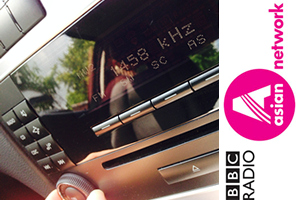 The Asian Network was faced with the risk of closure in 2010 as a part of BBC funding cuts. Following serious outcry from listeners and signed petitions, the BBC reversed their decision a year later and the Asian Network were given a second lifeline.

This proved to be all the motivation they needed as the newly appointed Head of Programmes Mark Strippel revamped the radio station and turned it into what it is today.

But in 2012, the Asian Network was deemed by the BBC to have ‘a high service budget in relation to the number of listeners to the station’, and had its funding reduced in 2013/14. It had little effect on the station as the network achieved its highest reach at the end of 2013, with around 668,000 listeners each week.

This has been short-lived however and the radio station has seen a swift decline at the beginning of 2014 which has seen them lose 190,000 listeners in the first quarter.

The Whitehouse poll suggests that a significant portion of the British public support the introduction of commercial interest into the BBC if it is the only alternative to the licence fee.

If further cuts are made, the Asian Network could struggle even more and they may find themselves at risk yet again.

There are no clear answers here; many find the licence fee a financial burden, whilst many see it as providing a ‘public service’ for all. It will be interesting to see what is in store for the BBC licence fee.

Eleanor is an English undergraduate, who enjoys reading, writing and anything media related. Aside from journalism, she is also passionate about music and believes in the motto: “When you love what you do, you’ll never work another day in your life.”
Asian Achievers Awards 2014 Nominations Open
Gandhi Statue planned for Parliament Square