The 14th annual Asian Achievers Awards has opened its nominations to the public to vote for the most inspiring individuals in the British Asian community.

"I am proud that The Asian Achievers Awards also praises unsung heroes."

Hosted by Asian Business Publications, Ltd (ABPL), the Asian Achievers Awards has in its long 14 year tenure celebrated the excellence of individuals across the South Asian community in Britain.

With much to praise within the thriving British Asian community, the Asian Achievers Awards acknowledges ethnic ‘achievement’ in all sectors of society. These include Sports, Media and Arts, Community Service, Professionals and Civil Services.

There is also a separate award for the Asian Achievers Woman of the Year, which seeks to promote and encourage South Asian women from all backgrounds to accomplish greatness. 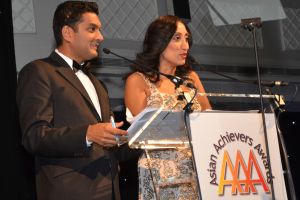 Speaking about the significance of the Asian Achievers Awards, Publisher and Editor of ABPL Group, CB Patel says:

“Each year the Asian Achievers Awards raises the standard of excellence and this year with our celebration of ‘Entrepreneurs’, we hope to raise the bar once again.

“Alongside our high profile winners, I am proud that The Asian Achievers Awards also praises unsung heroes whose outstanding contributions to their local communities generally goes unrecognised on a larger scale.

“One of our goals by doing this is to give the next generation of entrepreneurs, role models who they can identify with, look up to and potentially even reach out to. Mainly, however, we want to showcase these remarkable people and celebrate their magnificent achievements.”

For 2014, the event will specifically recognise the theme of entrepreneurship and welcomes British Asians who have courageously created innovative paths for businesses to thrive on both a national and global level.

The Asian Achievers Awards are also a significant platform in which to highlight the extraordinary accomplishments of British Asians and their community for the rest of the UK to see.

Previous winners include the likes of Ruqsana Begum, an English kickboxer and former Olympic torch-bearer, who received the award for Sports Personality of the Year 2013.

Other winners of the 2013 Asian Achievers Awards included popular actor, Seeta Indrani known for her work in The Bill and EastEnders collected the award for Achievement in Media, Arts and Culture.

The Hinduja Brothers were presented with the Lifetime Achievement Award while Mitesh Patel received the Editor’s Award for Lawyer of the Year. 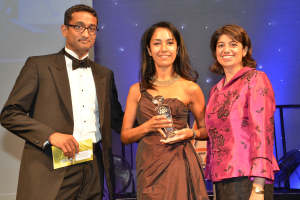 Cherie Blair has been a keen supporter of Asian achievements over the year and has been a regular face at these awards.

Her charity organisation works to empower women in all parts of the world, through teaching women skills to become entrepreneurs. The organisation also offers a mentoring programme and allows women to take advice and guidance from some of the most successful female names in the business world.

The prestigious ceremony will take place on September 19 at the London Grosvenor House Hotel, and guests can look forward to an evening of delectable food and inspiring talks from the best that the South Asian community has to offer.

The public are welcome to nominate individuals for the following categories:

Voters can nominate via Asian Voice and Gujarat Samachar newspapers. Alternatively you can vote on-line via the Asian Achievers Awards website. The deadline for all nominations is July 14, 2014.

All candidates nominated for an award will be short-listed by a special panel of independent judges, all experts in their individual fields. The judges will also hand-select the final winners for each category.

Aisha an English literature graduate, is a keen editorial writer. She adores reading, theatre, and anything arts related. She is a creative soul and is always reinventing herself. Her motto is: “Life is too short, so eat dessert first!”
Council Worker leads secret Bollywood Life
Should the UK Scrap the BBC Licence Fee?