Priyanka on Gender Pay Gap in Bollywood vs Hollywood

Priyanka Chopra says she not happy gender pay gap in the media industry. Do Hollywood actresses feel the same way as Bollywood stars?

“I don’t like the fact that I get paid less than the boys even though I’ve worked as hard as them."

However, Priyanka Chopra has spoken out about the gender pay gap, causing inequality between male and female actors.

Priyanka has previously experienced the low wages in India compared to her male co-stars. Is it the same in Hollywood?

In an interview with LinkedIn, Priyanka discusses the topic of the gender gap in the acting industry.

Whilst making Hindi films in India, Chopra says she complained about her low pay. She was unhappy when the producers’ response was that she can easily be replaced.

Priyanka is ranked the eighth highest paid TV actresses in the world, earning $11 million (£9 million). Her wage equals to 11th place on the actors’ list, earning the same as Eric Stonestreet of Modern Family. She addresses the wage gap in an interview with BBC.

“When the audience is ready to watch a female led film, with a woman on the poster, and make it into a $40 million film, we will get paid for it.”

But exactly how much less do women lead stars get compared to men? 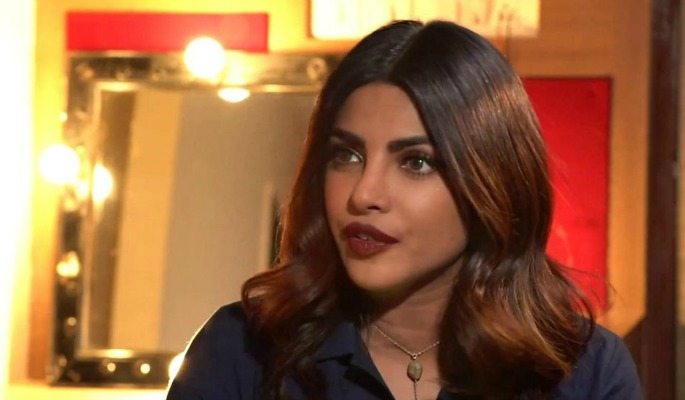 In 2015, Shahrukh Khan addressed the issue of the gender pay gap in a BBC interview. He said:

“We can start with pay being equal. In our company [Red Chillies Entertainment], we believe in putting female stars’ names before the male stars’ names. These are insignificant things in comparison to what needs to be done, but having said that, when I see women working in Bollywood or other industries, I feel there is a certain movement of equality.”

Is the gender pay gap the same in Hollywood?

35-year-old actress Natalie Portman spoke to Mare Claire UK about her wage difference compared to her male co-star Ashton Kutcher in their 2011 film, No Strings Attached.

Other Hollywood actresses have talked about their views on the gender pay gap.

She says: “I found out how much less I was being paid than the lucky people with dicks, I didn’t get mad at Sony. I got mad at myself. I failed as a negotiator because I gave up early.”

She blamed her desire to be liked, or a fear of seeming “difficult” or “spoilt”. But she has determined to toughen up.

Additionally, female stars tend to see their earnings drop after the age of 34 while men see a change after 51.

Will the gender pay gap ever change in Hollywood or Bollywood?