Nitibha Kaul gets Evicted from the Bigg Boss House

After a journey that lasted close to 13 weeks, Kashmiri girl, Nitibha Kaul, is the latest contestant to be eliminated from the Bigg Boss 10 house.

Nitibha represented a modern and urban Indian woman inside the Bigg Boss House. She was confident and charming along with being a true Indiawali at heart.

Nitibha will be remembered on the show for her friendship with fellow contestant, Manveer Gurjar.

While Nitibha maintained that she was Manveer’s good friend in reality, some labelled their relationship as a friendship of convenience.

When Manu made a brief exit from the Bigg Boss House, Nitibha and Manveer became each other’s confidants.

However, their friendship didn’t last long and they engaged in frequent fights after the popular ‘M3’ (Mona, Manveer and Manu) group of friends got reunited. Nitibha later found a new friend in Bani. 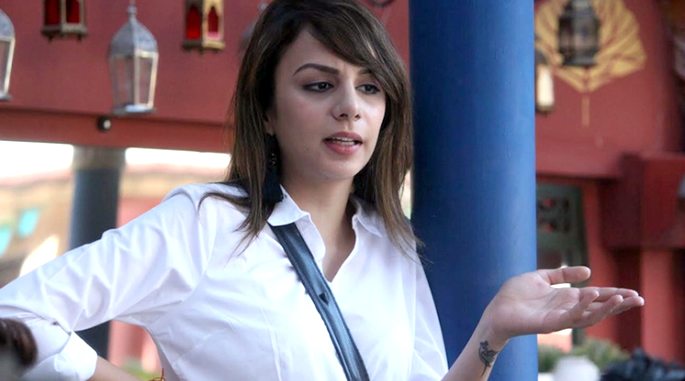 While Nitibha mostly came across as a calm and composed person, the audience witnessed her imprudent and impulsive behaviour during her fight with Bigg Boss’s infamous contestant, Om Swami and also during the major showdown she had with Manveer.

She however managed to beat housemate, Elena Kazan, during the dome task and also contributed Rs. 1 lakh to the prize money during the Maalgaadi task.

While Nitibha’s opinions never seemed to matter much inside the Biggest Boss House, she definitely was successful in leaving an impression in the hearts of Bigg Boss contestants before making an exit from the show.

Speaking about her Bigg Boss 10 journey, Nitibha Kaul said: “I will always cherish the words of advice that Salmanji gave us every weekend that changed my viewpoint towards life.

“I would like to see Manveer as the winner of the show as he is representing the ‘common man’ very gracefully and has put his heart and soul in the game.”

“Lastly, I would like to thank COLORS for giving me this opportunity and it is going to stay with me forever.”

With the grand finale of Bigg Boss 10 approaching soon it would be interesting to watch who among the remaining contestants will emerge as the winner of the popular reality TV show.

To catch all the entertainment and fun from inside the Bigg Boss House tune into Colors TV UK daily at 9 pm.