Priyanka Jagga gets evicted from the Bigg Boss House

DESIblitz has more on the Khalnayika, Priyanka Jagga Muise, and her antics that left the viewers of Bigg Boss 10 shocked.

Priyanka picked many fights for her fellow Indiawale team members

One of the strongest contenders of the Bigg Boss house, Priyanka Jagga Muise gets ousted in the very first week of Bigg Boss 10.

She entered the house with oodles of confidence and never-ending spirit, always ready to fight and stand for her own rights.

As a common man contestant, Priyanka wanted to prove her worth at every step in the show and give an equal competition to the celebrities.

She was one contestant who followed the Sevak and Malik task quite passionately and was also labelled as Lady Hitler by the end of the task.

During her stay inside the Bigg Boss house, Priyanka did not share a pleasant relationship with her celebrity counterparts and was often seen having a war of words with them. 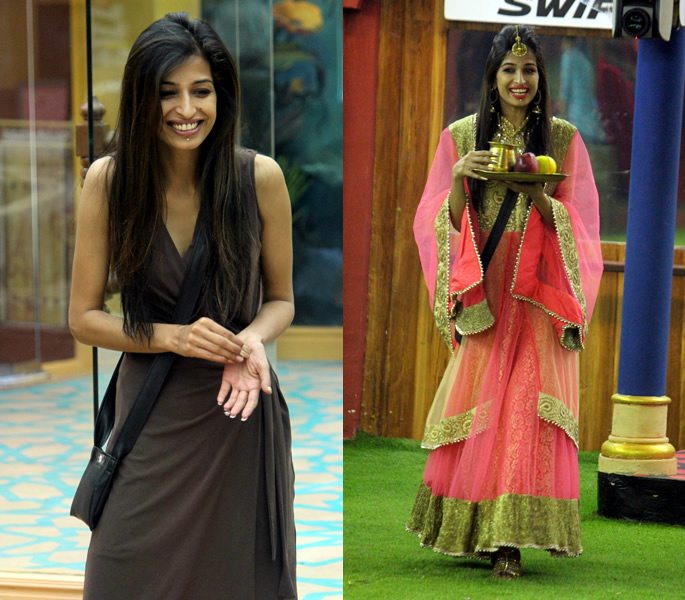 Be it her spat with Bani over her age or etiquettes or with Rohan for spilling water on her, Priyanka did not spare a single person who tried to mess around with her.

As a self-proclaimed daughter of Swamiji and a confidant of Manoj and Manveer, Priyanka picked many fights for her fellow Indiawale team members.

Her squabble with Monalisa over the Karwachauth puja certainly made her the villain of the house but during the rocking horse task, Priyanka proved that there is so much more to her than just being a motor mouth.

With her endurance and determination, she saved the Indiawale contestants from losing the Maliks tag and gave Gaurav Chopra a strong competition.

With her ‘Dabang’ skills, she not only turned out to be a good leader for Indiawale but also created a lot of turbulence in the lives of the celebrities.

While some called her shrewd, impractical and even insensitive, she has definitely managed to leave a strong impression in the minds of every single person of the Bigg Boss house.