Navin Prakash gets Evicted from the Bigg Boss House

A sensible contestant of Bigg Boss 10 Navin Prakash’s journey has come to an end in the fourth week of the popular reality TV show. DESIblitz has more.

Navin Prakash, participated in Bigg Boss 10, with an agenda to prove that the common man is no less than a celebrity, and can give them tough competition.

Among the Indiawale contestants, Navin was the one who played the game logically. During his stay inside the Bigg Boss house, he shared a great bond with fellow commoner housemates Manu and Manveer and celebrity contestant Monalisa. All three of them proved to be his biggest supporters.

Unlike other contestants, only Navin had the composure and patience to tackle another Indiawale housemate Swami Om and was often seen advising him to play a fair game.

During his four-week stint on the show, Navin always showcased a fighting spirit and went to any extent to win tasks given by Bigg Boss.

While the BB Laundry task was being played, he changed the game at the very last minute by pouring water on the celebrity consignment box, leading to his team’s victory.

At the time of an immunity task, Navin drew a lot of criticism for deceiving commoner contestant Lokesh, by destroying her set of blocks, when she was close to winning the task.

Navin’s frequent mood swings and indifferent behaviour came as a surprise to many contestants which got him into their bad books.

However, with his exceptional performance in every assigned task, Navin displayed the qualities of a strong team player by proving that commoners and celebrities were at an equal level in the House.

But, as Navin Prakash failed to sustain audience support it led to his exit from the show. 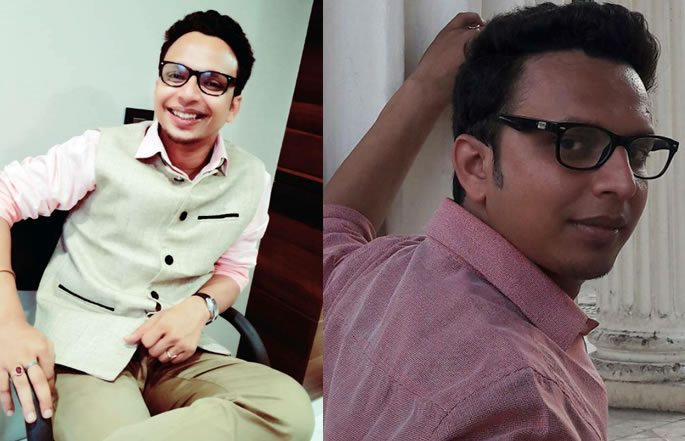 He hails from a remote village called Jhajha in the Indian state of Bihar. Navin currently lives in Kolkata and mentors candidates appearing for the Union Public Service Commission. Apart from being an academician, Navin is also a poet, activist and student leader who graduated from Delhi University.

Commenting on his experience of Bigg Boss 10, Navin said: “Getting an opportunity to be on a show like Bigg Boss itself is a great deal for a commoner like me.

“While I was confident, I never thought I would reach this far and give celebrities a tough competition. Getting a chance to share screen space alongside Salman Khan was like a dream come true and I am going to cherish it for lifetime.”

“While I make an exit from the show, I am taking back lots of memories with me and I am glad that I found friends for life in Manveer, Manu and Mona. I am hopeful that the audiences will remember me as a fighter and I would like to thank each and every one of them for supporting me in this journey.”

Navin Prakash’s elimination has left a strong impression on the housemates. It remains to be seen how the dynamics of the House change due to the latest eviction.

To watch all the fun, drama and entertainment inside the Bigg Boss House catch the show daily at 9 pm on Colors TV UK.

Mariya is a cheerful person. She is very passionate about fashion and writing. She also enjoys listening to music and dancing. Her motto in life is, "Spread happiness."
Himesh Reshammiya entertains Bigg Boss 10 house
Riz Ahmed Honoured to be in Star Wars Rogue One