Gaurav Chopra gets Evicted from the Bigg Boss House

Popular contestant Gaurav Chopra’s eviction has come as a shock to the Bigg Boss housemates and audience. DESIblitz explores his journey on the TV show.

Gaurav Chopra is the latest contestant to be eliminated from Bigg Boss 10.

Gaurav came across as a confident, balanced and dignified individual inside the Bigg Boss House.

The television star brought with him a lot of positivity and lived on his own terms while he was on the show.

Gaurav’s principles and demeanour were often misunderstood by some of his fellow contestants who gave him the label of ‘Gaurav Chopra The Actor’.

During his stint inside the House, Gaurav formed a good rapport with almost all celebrity contestants who fondly named him Shamitabh due to his baritone voice.

Lopa, Rohan, Rahul, Manu and Mona were on friendly terms with Gaurav.

Gaurav Chopra developed a special and unique bond with Bani. Their friendship became an integral part of Gaurav’s journey on BB10 and also a highlight of the season.

Gaurav and Bani fought, criticised one another and also witnessed many ups and downs in their relationship.

On his part, Gaurav proved his friendship at every step and stood by Bani during all times.

Whether it was bleaching his eyebrows to save Bani from nominations or apologising to her in a unique way, Gaurav saw Bani as his top priority and always went the extra mile to save his friendship with her.

However, his non-confrontational image often troubled him and prevented him from going above and beyond in any task. 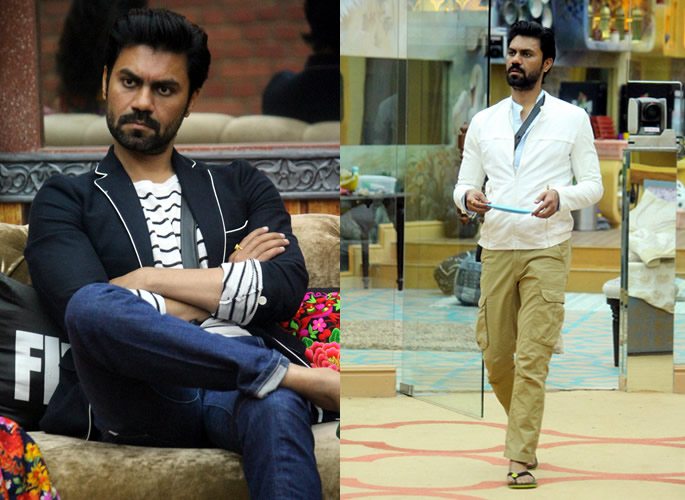 Nonetheless, as Gaurav Chopra went along in the game, he proved his worth by performing exceptionally well in the ‘Raja and Rani’ and dome tasks.

During the balloon nominations task, Gaurav drew criticism from the housemates for taking decisions impulsively.

Gaurav was also selected to grace the Khalnayak Kursi and offer justifications for his mistakes.

Even after taking the heat from his fellow contestants, Gaurav took criticism with a pinch of salt and continued to be a strong contender for the show.

Speaking about his experience of Bigg Boss 10, he said: “After years of contemplation, I finally decided to be a part of Bigg Boss and it was a wonderful experience. I went inside without a plan and just followed my instincts.

“One thing that I was very clear about was that I won’t do anything that I am not comfortable doing and will just follow my heart. But Bigg Boss as a show totally impressed me, and the experience was quite overwhelming.

“I believe a part of me is still inside the House with Bani J and though I am a very practical person, I have managed to share a bond with her that is going to stay for the lifetime.

“One thing that I learnt and will be taking away from the show is to never have any expectations,” Gaurav added.

“I would love to see Bani win the show and I will always be by her side in spirit, I would like to thank all the viewers for loving and appreciating my journey on Bigg Boss and making it a special one for me.”

The finale of Bigg Boss 10 is only a few weeks away. The excitement and enthusiasm among the contestants who have managed to stay inside the Bigg Boss House by escaping from evictions are reaching new levels with each passing day.

Watch your favourite Bigg Boss contestants fight it out to win the tenth season of the reality TV show at 9 pm daily on Colors TV UK.