Sahil Anand gets Evicted from the Bigg Boss House

Handsome and grounded wildcard entry, Sahil Anand, is the latest contestant to bid adieu to the Bigg Boss House. We look back on his BB10 journey.

"If I had to pick a winner, I think Gaurav Ji or Manveer will win hands down”

Upon entering the Bigg Boss House as a challenger, Sahil defeated Rahul in the dome task and thereby secured a place for himself inside the House.

It should be noted that Sahil’s determination and confidence created the feeling of insecurity in some contestants. Sahil, however, became a good friend of Gaurav and Bani.

Bearing a similarity to another ousted contestant Navin, Sahil displayed tremendous patience while tackling Om Swami inside the House.

Due to his friendly nature, he shared a cordial relationship with all the housemates.

During his short-lived stint on BB10, Sahil Anand, played the game in a calm and composed manner and never picked up fights unnecessarily.

Whatever task was assigned to the contestants by Bigg Boss, Sahil Anand performed it to the best of his ability, hence proving his determination to stay in the game. 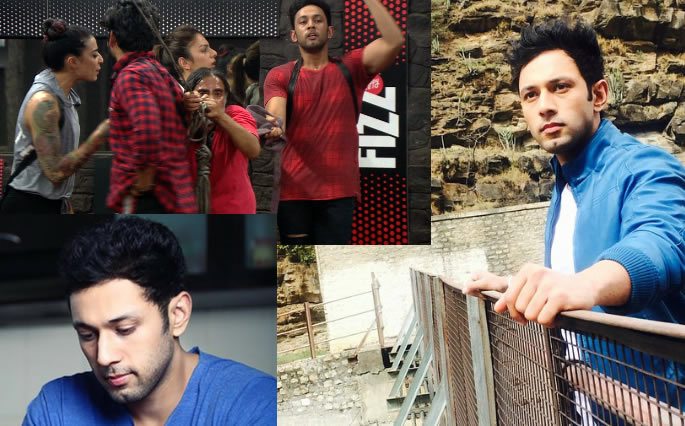 But, Sahil’s performance in the Appy Fizz Feel The Fizz captaincy task, brought out his confused side that clearly didn’t work in his favour from the audience’s point of view.

Nonetheless, what’s most laudable about Sahil, is that he stood by Bani, when fellow contestant Om Swami, made unacceptable remarks about Bani’s mother.

During Weekend Ka Vaar, host of Bigg Boss, Salman Khan too, has warned Om Swami to refrain from making any personal comments about a Bigg Boss contestant or their respective family members.

“If I have to sum up my experience in Bigg Boss in just one word, it would be crazy. It is truly a game show that can change your life.”

“Though my stint on the show was short-lived, it allowed me to rekindle my friendship with Bani. I am also glad I got to meet other like-minded people as well like Lopa and Gaurav.

“If I had to pick a winner, I think Gaurav Ji or Manveer will win hands down.”

With each passing week, all Bigg Boss contestants’, are putting on display a stiff competition, to win the title of Bigg Boss season 10.

Who among them will succeed?