Ranveer Singh and Vaani Kapoor are Rebellious & Romantic in Befikre

Vaani and Ranveer's pairing is tantalising.

“I would not have made Befikre if an actor called Ranveer Singh did not exist,” says Chopra. In all his films, the main leading male actor has been Shahrukh Khan.

For the first time ever, we see a different actor – Ranveer Singh – playing the main role. Plus, he is paired opposite the gorgeous Vaani Kapoor and their Jodi truly looks sizzling.

There are immense expectations for this new Yash Raj Films Rom-Com. So, what’s the verdict? Here is DESIblitz’s review!

The story is set entirely in Paris. Stand-up comedian Dharam Gulati (Ranveer Singh) is the new boy in Town. One day, he meets tour guide Shyra Gill (Vaani Kapoor) and the two decide to be a live-in relationship, with no strings attached.

Befikre‘s narrated through cross-cutting structure during the first half. This could have been smoothly handled as it seemed as if the story was jumping from each moment. Furthermore, it seems as though the whole ‘Befikre’ antics were quite repetitive, larger-than-life and the humour wasn’t as funny as it could have been. Nevertheless, the dialogues and one-liners are quite decent.

Whilst the first half is not as intriguing, the second-half is quite gripping. As a director, Aditya Chopra knows how to handle intense romantic moments, especially during the post-interval portions.

His concept of how one can love carefree is quite unique. Usually, all love stories are pretty much similar, it simply depends on the angle of a film. 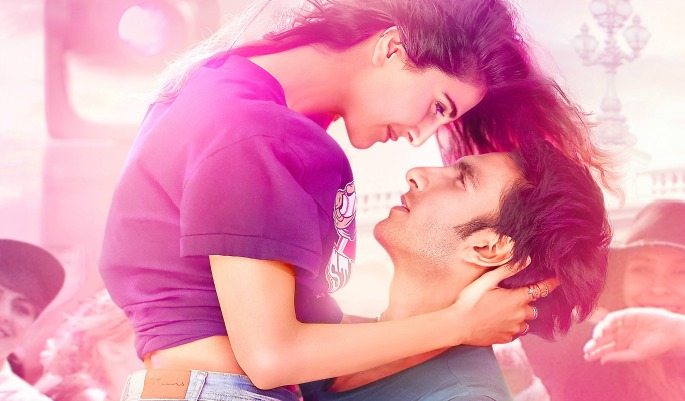 The movie has several heart-touching moments. One in particular is during the song ‘Je T’aime’.

Here, Dharam realises that he has fallen in love with Shyra and envisions a young him and Shyra, being their ‘befikre’ selves. We’ve watched scenes like this in films like Kuch Kuch Hota Hai, but Aditya Chopra incorporates these sentimental scenes well, without any melodrama.

Another fresh factor is the fact that the film is shot entirely in Paris, which is a first for Bollywood. The setting is perfect as it is not only visually appealing, but also matches the narrative well. One could not have seen Dharam and Shyra romance in any another city.

Talking of Dharam and Shyra, lets move onto the performances. Ranveer Singh has essayed various frivolous characters in the past. But Dharam seems to be quite ordinary, which makes it relatable. He’s done a decent job as the comedian, Dharam.

Vaani Kapoor is a delight to watch and packs a punch. It has been a while since her debut Shudh Desi Romance, but the wait has been worthwhile. Shyra is smart, sexy and suave. One cannot help but fall in love with the character.

It is worth mentioning that her French accent and pronunciation is pretty much on-point, it really felt as though Shyra is born and bred in France. Vaani and Ranveer’s pairing is tantalising. Both leading actors have done a fine job. 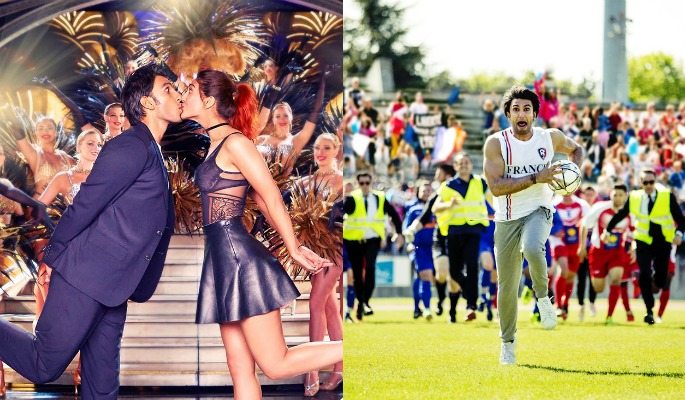 The soundtrack of Befikre is the best album for an Aditya Chopra directorial since Dilwale Dulhaniya Le Jayenge. Vishal-Shekhar’s composition is a melodious treat.

‘Labon Ka Karobaar’ video itself exhibits couples in a lip-lock and is in the beginning of the film, similar to ‘Ek Duje Ke Vaaste’ from Dil Toh Paagal Hai. The prominent sounds of the maracas, drums and accordion enhance the French feel to the track. However, after ‘Moh Moh Ke Dhaage’ and ‘Bulleya’ (of Sultan), Papon once again steals the show in the vocals.

‘Nashe Si Chad Gayi’ has Arijit Singh at the main vocals and shows how Ranveer Singh is intoxicated by Vaani Kapoor’s beauty. Truly, the listener becomes intoxicated with this wonderful composition! The music itself demands a repeat listen, especially since it captures the ‘Lean On’ rhythm.

With the countdown in French, Presenting you, ‘Ude Dil Befikre.’ This peppy track has an Arabic feel to it and is an instant winner: “Asmaan Ghoomenge, Chaand Yeh Choomenge, Taaron Ke Maarenge Phere.”

These self-discovery words emphasise the carefree nature of Ranveer and Vaani in the movie. 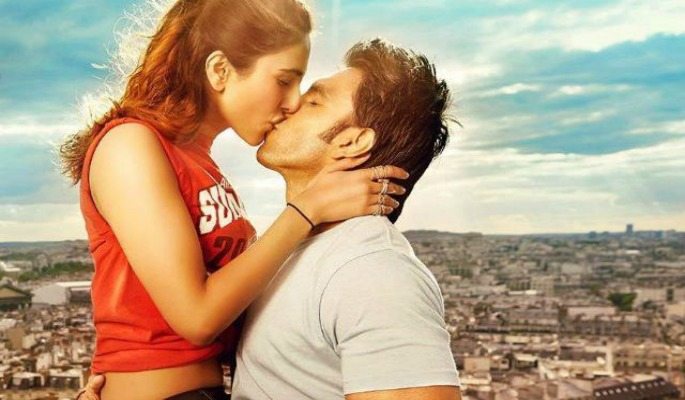 Whilst we’ve heard him previously in party tracks like ‘Badtameez Dil’, Benny Dayal totally rocks in this song. It had been a while since we heard from him. Overall, this song MUST be played on repeat.

‘You and Me’ is a foot-tapping tune recreating a ‘Jab Mila Tu’ and ‘Jaane Kyun’ kind of feel. The vocal combination here of Nikhil D’Souza and Rachel Varghese is very fresh. Their voices blend well together.

In ‘Khulke Dulke’, one sees Ranveer Singh and Vaani Kapoor doing Bhangra in Paris. The use of trumpets adds a zing to this peppy Punjabi track. It’s an absolute pleasure to hear Gippy Grewal with Harshdeep Kaur.

Finally, ‘Je T’aime’ has the French chorus: ‘Ne Dis Jamais Je T’aime’ (Never say ‘I love you’). However the use of guitar and piano adds a Spanish feel. One actually falls in love with this song, despite it encourages never to convey love! Vishal Dadlani and Sunidhi Chauhan’s vocals are smooth and lightly sensuous.

Overall, Befikre isn’t a completely novel film. The plot seems to follow the ‘been there, done that’ trend. But Aditya Chopra’s concept of falling in love whilst being carefree is quite refreshing. As such, Ranveer-Vaani’s hot chemistry, the chartbuster album and Paris should be sufficient to entertain you for the next 130 minutes!