The Bollywood ‘Befikre’ stars Ranveer Singh and Vaani Kapoor arrived in London to share their experiences of this modern Aditya Chopra love story.

"I want the entire film to feel very casual. So don’t overthink it"

As evident from the trailer, Befikre has spiced up the romance.

DESIblitz recently caught up with the lead actors of the film, Ranveer Singh and Vaani Kapoor at a press conference in London, where the Befikre jodi shared their experiences on the film.

The ‘Be Befikre’ event in Bradford was phenomenal, as the two stars performed to Dilwale Dulhania Le Jayenge music as well as to some tracks from Befikre.

London’s press conference was hosted by comedian, Tez Ilyas and was indeed memorable. There were times when Ranveer would come into the audience and hug his fans aka ‘Ranveerians’, whilst there would be times when he would joke and jest with Vaani.

After an eight-year hiatus since Rab Ne Bana Di Jodi, Aditya Chopra returns to the forefront as a director. The film’s title implies that it would be a narrative on a modern and blithe love-story. Furthermore, it is believed to be the first Bollywood film to be shot entirely in Paris.

It is thought that Ranveer Singh would’ve moulded well into the skin of his character – Dharam, due to his lively personality. But of course, great roles come with great responsibilities. Ranveer says:

“There’s a different process for each character. Sometimes you have easy days on hard films and hard days on easy films. Adi sir was clear in his brief. He said, ‘I want the entire film to feel very casual. So don’t overthink it, just improvise as much as you want.’ This was a relatively easy film.”

Plus, it was quite a challenge for Ranveer in balancing between two Sanjay Leela Bhansali films. 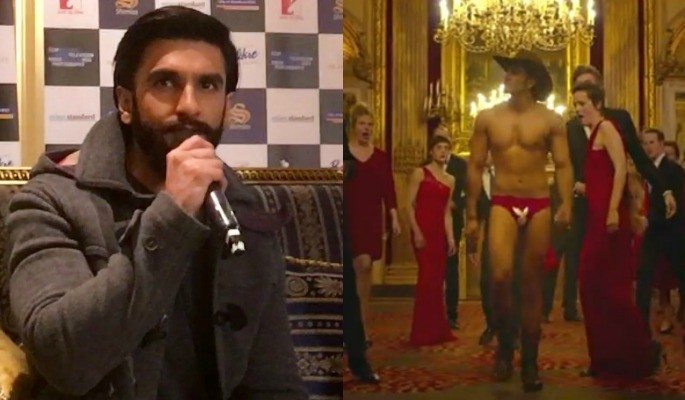 Besides Ranveer and Vaani’s happy-go-lucky and humorous banter, there seems to be a lovely rapport between the pair. When asked about what has been the most daring thing Vaani has done, she simply mentions:

“I’m just a very simple girl.” But at that moment, Ranveer steps in and says: “It takes a lot of fortitude to leave your hometown and settled life to come to the big bad city and make a career.”

Truly, it has been worthwhile for Vaani. Commenting on the Befikre moment on-set she jokes:

“Throughout the movie we were just absolutely carefree. Initially, I thought that we were working on a war-film because I saw Adi’s impatience. But eventually, it all settled down.”

As a senior actor, Ranveer Singh warned her to ‘not listen to the director.’

Vaani Kapoor was last seen in the hit Tamil remake of Band Baaja Baraat, Aaha Kalyanam and Shudh Desi Romance. So where has she been all this time?

“I was honestly waiting for something really good to come round. He [Aditya Chopra] wanted me to wait and audition for this one [Befikre] although he didn’t tell me he’s the one directing it. It was a conscious decision and I chose to wait for something good.”

In Befikre, Vaani essays the sizzling and bold Shyra. One truly wonders how Shudh and Desi this Romance is!

Alongside SLB, Aditya Chopra has also been a mentor for Ranveer. He has essayed the role of Ram and Bajirao, becoming the Lootera of many hearts. How has Aditya mentored him throughout the Befikre journey? 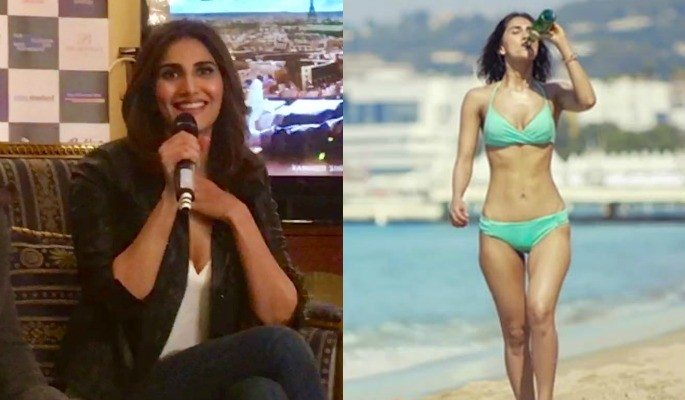 The strongest component of any Aditya Chopra film is its music. Whilst esteemed composers have done the music for various Aditya Chopra films, like Dilwale Dulhaniya Le Jayenge, Mohabbatein and Rab Ne Bana Di Jodi, this is the first time Vishal-Shekhar have stepped in as music directors.

‘Labon Ka Karobaar’ video itself exhibits couples in a lip-lock. The prominent sounds of the maracas, drums and accordion enhance the French feel to the track. However, after ‘Moh Moh Ke Dhaage’ and ‘Bulleya’, Papon once again steals the show in the vocals.

‘Nashe Si Chad Gayi’ has Arijit Singh at the main vocals and shows how Ranveer Singh is intoxicated by Vaani Kapoor’s beauty. Truly, the listener becomes intoxicated with this wonderful composition!

The music itself demands a repeat listen, especially since it captures the ‘Lean On’ rhythm.

With the countdown in French, Presenting you, ‘Ude Dil Befikre.’ This peppy track has an Arabic feel to it and is an instant winner: “Asmaan Ghoomenge, Chaand Yeh Choomenge, Taaron Ke Maarenge Phere.” These self-discovery words emphasise the carefree nature of Ranveer and Vaani in the movie.

Whilst we’ve heard him previously in party tracks like ‘Badtameez Dil’, Benny Dayal (again) totally rocks in this song.

In fact, it had been a while since we heard from him. Overall, this song MUST be played on repeat.

‘You and Me’ is a foot-tapping tune recreating a ‘Jab Mila Tu’ kind of feel. The vocal combination here of Nikhil D’Souza and Rachel Varghese is very fresh. Their voices blend well together.

In ‘Khulke Dulke’, one sees Ranveer Singh and Vaani Kapoor doing Bhangra in Paris. The use of trumpets adds a zing to this peppy Punjabi track. It’s an absolute delight to hear Gippy Grewal with Harshdeep Kaur.

Lastly, ‘Je T’aime’ has the French chorus: ‘Ne Dit Jamais Je T’aime’ (Never say ‘I love you’). However the use of guitar and piano adds a Spanish feel. One actually falls in love with this song. Vishal Dadlani and Sunidhi Chauhan’s vocals are smooth and lightly sensuous. Overall, the album is memorable and melodious! 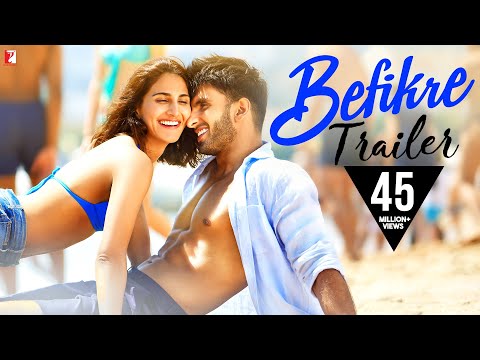 Anuj is a journalism graduate. His passion is in Film, Television, dancing, acting and presenting. His ambition is to become a movie critic and host his own talk show. His motto is: "Believe you can and you're halfway there."
Karan Mehra & Lokesh Kumari Sharma get Evicted from Bigg Boss
Farhan Saeed and Urwa Hocane Engaged in Paris