Actress Vaani Kapoor has revealed her excitement at returning to the film sets since the lockdown break. She will be filming ‘Bell Bottom’.

"One will, of course, have to be extra cautious"

Vaani Kapoor is one of the first Bollywood actresses to return to the film sets since the Coronavirus lockdown shut down film production across the world.

She will star in Akshay Kumar’s Bell Bottom and had signed on for the film during the pandemic.

Akshay and the producers have decided to start shooting the film and it is reported that the cast and crew will take private jets to Scotland, where it will supposedly be filmed.

Vaani, who starred in War, explained that she is excited about returning to work and she said that she feels good that her work life has resumed.

She said: “I, honestly, am just happy with work resuming after a long break.

“One will, of course, have to be extra cautious and keep all preventive measures in mind but it feels exciting to embark on a new journey!”

Her role alongside Akshay Kumar is being eagerly awaited as it is being touted as one of the freshest pairings to watch out for in 2021.

On working with Akshay, Vaani said: “Well, this is a great opportunity for me! I have great respect for Akshay sir.

“It’s super exciting and I am really looking forward to the experience.” 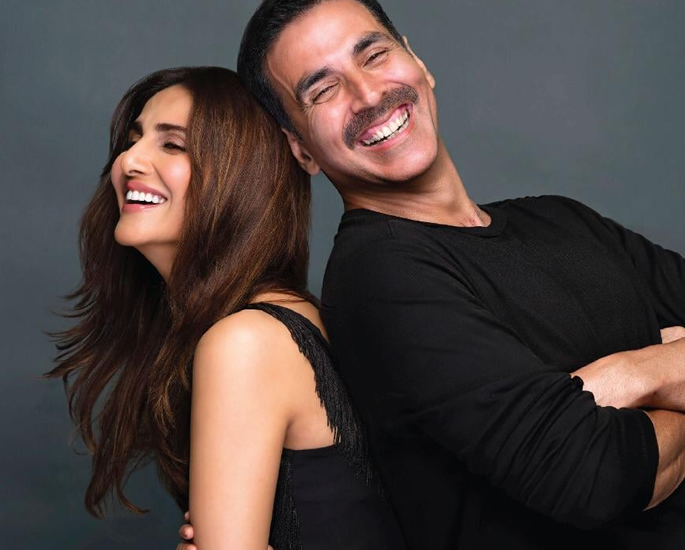 While it has been reported that the film is being shot in Scotland, Vaani Kapoor has not confirmed the location but she is excited to make memories despite the pandemic.

Directed by Ranjit M Tewari, Bell Bottom is an espionage thriller set in the 1980s and is a true story about one of India’s forgotten heroes.

The film was set to release on January 22, 2021, however, the Coronavirus pushed the release date back. It will now release on April 2, 2021.

Talking about the film, Vaani previously said: “I am excited to share the screen space with Akshay sir.

“It is definitely a script I instantly clicked with and knew I wanted to be part of.”

“I am also thrilled to partner with Pooja Entertainment who have already made me feel at home at this initial stage of our film.

Producer Jackky Bhagnani revealed that Vaani has a “meaty” role in the film.

He said in a statement: “Vaani is an intelligent and effective actor and I have loved all her performances.

“The female lead in Bell Bottom has to be in sync with Akshay Sir’s screen persona. The role is meaty and I am confident that Vaani will ace this one.”

Dhiren is a journalism graduate with a passion for gaming, watching films and sports. He also enjoys cooking from time to time. His motto is to “Live life one day at a time.”
Salman Khan trolled for Picture of Himself covered in Mud
Rhea Chakraborty threatened with Rape and Murder online