"Here I was, thinking that #farhansaeed and #Urwa were already married!"

Officially announcing it on his Instagram, accompanied by a beautiful Eiffel Tower engagement photo, Farhan adds the caption: “She said YES!”

And now, the official celebrity pairing will soon be getting married.

However, it was never a secret that the actress and singer have been in a relationship for a while.

Rather, they were always quite expressive about the love in their eyes for each other.

The Relationship of Farhan Saeed and Urwa Hocane 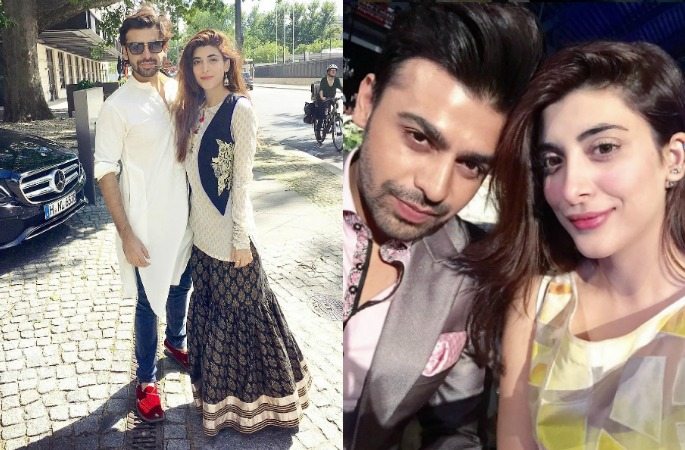 Previously, Farhan had admitted to the Express Tribune that his relationship with Urwa was no secret.

From walking the red carpet, the fashion ramp, to magazine photoshoots, and sharing the screen as dramatic couples, the lovebirds are seen hand-in-hand at almost every happening.

Now, proving to be the trendiest couple of the Pakistani showbiz industry, Farhan Saeed and Urwa Hocane create a love story in Paris.

Capturing their love in a dreamy Parisian portrait, the couple shows off their engagement ring next to the Eiffel Tower.

Expressly, Urwa, the lady in red, stands tall in Paris with her bling. While, Farhan, holds her hand. 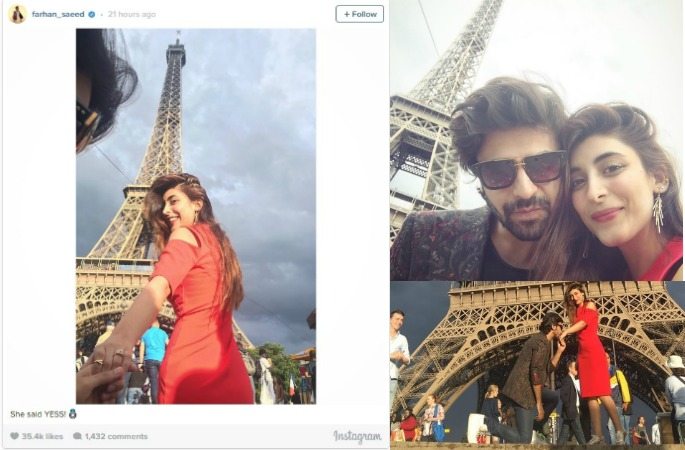 With all attention to social media, the photo has given Internet users a romantic work of art to observe.

Many have celebrated the official relationship of Farhan Saeed and Urwa Hocane. Muddi Brahui says: “Wow what a moment. Congrats.”

The engagement news came as no surprise for others. Esha Saiyed says: “Here I was, thinking that #farhansaeed and #Urwa were already married.”

All in all, with their beautiful engagement, Farhan Saeed and Urwa Hocane have surely stolen the hearts of other not-so-romantic love birds.

DESIblitz wishes the stylish couple an amazing life together!

Check out the Instagram pages of Urwa and Farhan, and keep up-to-date with their marriage journey.