Marking the end of an era, EastEnders bids goodbye to one of its most iconic characters. Masood Ahmed’s absence will truly be noticed.

“Be happy, if anyone deserves it it’s you”

Nitin Ganatra’s EastEnders character Masood Ahmed was introduced to the square back in 2007.

He played a key role in many famous storylines during his nine years in the square. Such as accepting his son Syed’s homosexuality, his marriage with Zainab and his daughter Shabnam’s stillbirth.

The Masood family were one of the ethnic minorities and were brought into the square to promote diversity.

Ganatra’s character created quite an impact upon viewers as him and Nina Wadia (who briefly played his wife) won ‘Best On-Screen Partnership’ in the 2009 British Soap Awards. 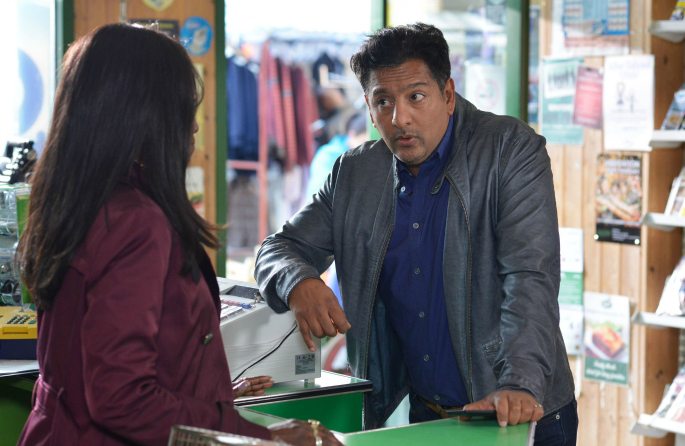 On Thursday 17th November 2016, Nitin appeared in his final EastEnders episode. It was an emotional exit for Albert Square’s favourite postman. His exit came in true EastEnders style as he and son Kamil hopped into a black cab to embark upon their ‘adventure.’

His final episode saw him have a heart to heart with Denise telling her: “I see ghosts.”

Masood opened up about the woes and difficulties he has had to face in the past few years on the square.

He further had an emotional talk with former flame Jane Beale. Masood and Jane were part of a scandalous storyline in 2009 having had an affair.

However, they both parted on good terms with Masood telling her: “Be happy, if anyone deserves it it’s you.”

Viewers then witnessed the heart-breaking scene of Masood saying a prayer next to Zaair’s tree. An emotional Masood then told Kush:

“Everything this boy didn’t get to see, we’re going to do for him.” 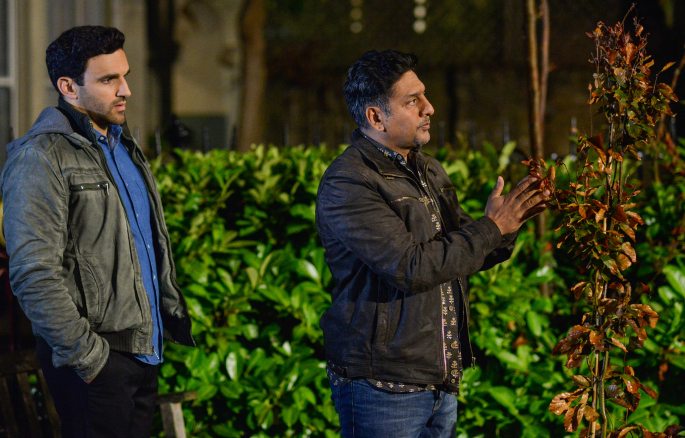 His close friends including Jane and Denise came to bid him a final farewell. Masood Ahmed then tells everyone: “You know the first time I came to this square I knew it was something special.”

He then blew a kiss before getting into a taxi with Kamil whilst the famous EastEnders music played in the background.

So what’s next for Nitin Ganatra? Speaking to Radio Times he says: “I have decided that it is time to get back out there and take on some other roles.

“I will, of course, miss everyone at EastEnders – I have had a brilliant time there, and who knows, one day Masood may be back.”

DESIblitz looks forward to what Nitin does next!

Iram is an Oreo loving Disney Princess studying History. From the depths of the ocean, she says: “The seaweed is always greener in somebody else’s lake.”