Riz Ahmed Honoured to be in Star Wars Rogue One

Riz Ahmed is honoured to be starring in the Star Wars Rogue One film, where he plays Bodhi Rook but his journey to this point as an actor is interesting.

"Black and ethnic minority representation on British film and television is at its lowest since the early Eighties. That's a fact."

Riz Ahmed  stars in the Star Wars Rogue One film, taking a lead role in the franchise.

The established British Asian actor discusses his role and the struggles he has faced in the world of acting.

Rogue One follows a team of rebels banding together to obtain the plans to the destructive weapon of the empire – the death star.

The 33-year-old actor plays the character of Bodhi Rook, a cargo pilot for the empire, whose home Jedha is occupied. Ahmed sheds some light on his character saying: “His planet has been invaded and he knows what it is like to live under occupation and collaborate with the occupiers just to make a living.”

Bodhi Rook is a character that has to make his own mark in the world, without the help of his predecessors.

“Bodhi is actually Sanskrit for awakening…We have so many characters who are someone’s kid or grandkid and they are born into a legacy of greatness. He realises he has to make choices that are way above his pay grade.” 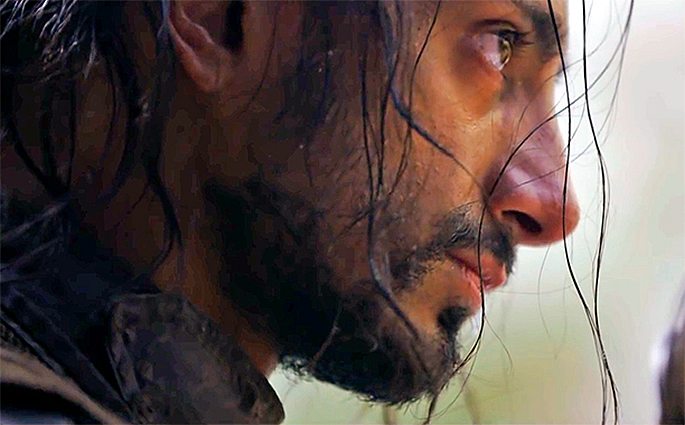 The character’s struggle to create his own legacy is also akin to Ahmed’s struggle in the film industry. While honoured to be starring in Rogue One, he was forced to face some difficulties in getting to this point in his career where he is not just seen as the guy that can play a stereotypical role.

He makes further statements in the Gentleman’s Journal interview, saying: “Black and ethnic minority representation on British film and television is at its lowest since the early Eighties. That’s a fact.”

In an essay for the Guardian, Ahmed speaks of the typecast role issue. He talks of a stage for each role. He calls this: “Portrayals of ethnic minorities.”

Stage one according to the Rogue One actor is: “The minicab driver, corner shop owner, terrorist.” This racial stereotyping is not helped with his film background. But in no way does he regret the roles that helped him become the man he is now.

Working on films such as ‘Four Lions’, it was inevitable not to be seen as a role specific actor. But since his shift to America, things have started to change.

However, the second stage takes place on: “Ethnic terrain but aiming to challenge existing stereotypes.”  Yet, this is still not as good as the final stage which Ahmed describes as a: “Promised Land. Where you play a character whose story is not intrinsically linked to his race.

“There, I am not a terror suspect, nor a victim of forced marriage. There, my name might even be Dave.”

That’s why Ahmed is more honoured than ever to be able to play a role in Rogue One, that is not defined by ethnicity in any way. He is impressed with Lucas Films, he says:

“Lucas Films and Kathleen Kennedy are incredible. They understand Star Wars is a franchise that has the ability to shape culture. They are brave enough to try to lead the way.” 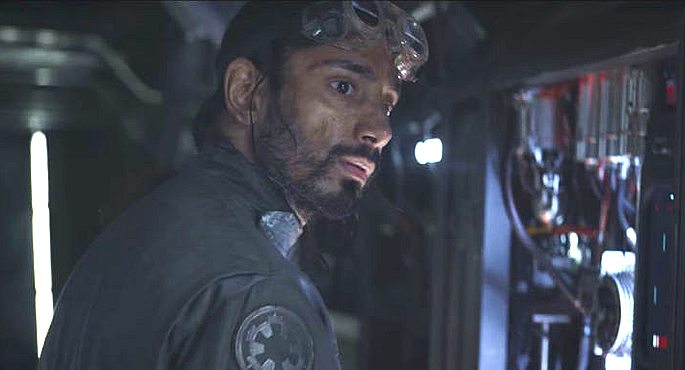 It isn’t about race, or dividing people in the Star Wars Rogue One film. It’s about acting,  not to mention it’s about characters coming together to solve one big problem. This is why Ahmed chose America as the platform for his stage three roles. He doesn’t want to be the minicab driver. He wants to play the man that doesn’t belong to a racial stereotype.

His character as Bodhi Rook gives him the chance to let the world see more of his acting abilities.

He’s been seen in successful movies such as Michael Winterbottom’s The Road to Guantanamo. But now he’s making his mark on the Star Wars franchise as Bodhi Rook. He is the unlikely hero that will along with the other characters, steal the plans to the death star, and make history in stopping the destruction.

Source: The full interview is available in the December 2016 issue of the Gentleman's Journal.