The Pressure of Choosing the Right Career for British Asians

Choosing the right career path to pursue is often not a clear-cut choice. But what factors are specifically affecting British Asians?

"It's perfectly normal to switch from job to job"

The pressure of choosing the right career is never an easy path.

Many people are thrust into the education system from a very early age. Eventually, the end goal is getting a job.

The education system is arguably made to give children a gateway to find their passion, and pursue this at a higher level.

But with parental pressures, economic constraints and an overwhelming amount of options, is choosing the ‘right career’ really possible?

After all, one must define what the ‘right career’ even means before venturing after it.

In British Asian households, the notion of there being an ideal occupation stems from a multitude of sources.

In addition, there are numerous factors that are often fixated upon by British Asian communities in deciding on a career.

These historical pressures can often show a lack of inclusivity towards their passions.

The challenge that comes with navigating British and South Asian identities could heighten further.

After all, one can easily become torn between British job ideals and South Asian ones.

The idea of their being a right career is highly subjective to one’s own aspirations, and the aspirations of those around them.

DESIblitz aims to discover what issues British Asians are being barricaded by and how this is pressurising jobseekers. 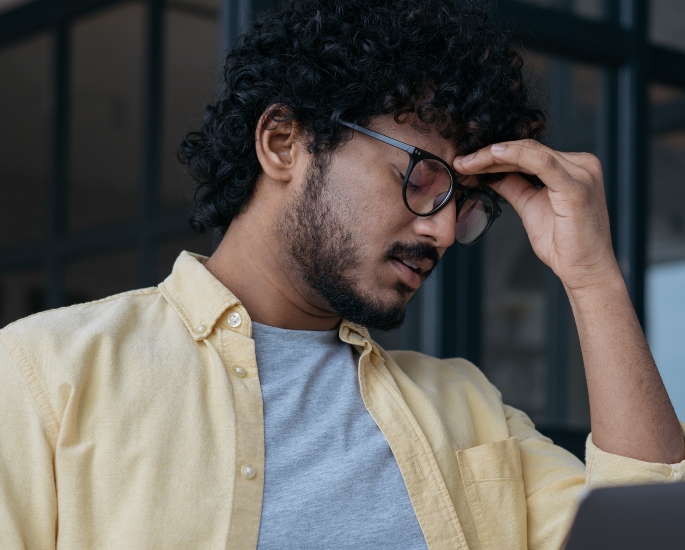 It’s fair to say that certain professions tend to be idolised over others.

In the most common cases, traditional success in certain professions has allowed a few occupations to be glorified.

Stereotypes around some British Asians pursuing specific careers are on the surface truthful but to an extent.

In the world of employment, careers in medical, legal and engineering fields have (stereotypically) remained a fixation in communities

What is recognised is that this mindset that focuses on specific professions still exists and still bothers British Asians.

But why does the pressure on achieving these professions resides within parental figures?

The supposed prospects of stability and a satisfactory income from these industries may heavily influence the origins of this pressure.

Furthermore, the lingering thought of harder times and financial struggles as a minority may also be a reason.

This could result in why South Asian parents are so avid for their children to have financial security.

To an extent, this is even evident in the proportions of British Asians in these sectors in the UK.

For example, in 2021, GOV.UK published insightful data into the ethnic demographic within the NHS, revealing:

“This was higher than the percentage of non-medical staff (8.7%) from an Asian background.”

Furthermore, Asians also made up the largest ethnic minority population working under the NHS.

However, many have spoken out against this stereotype. It is simply not true to classify all British Asians as pursuers of these roles.

Brown Girl Magazine dedicated a myth-busting section of an article to speaking out against these embedded stereotypes:

“It’s a given that every South Asian parent will lecture their child into trying to pursue a career as a doctor, engineer, or lawyer.

“But how many of us REALLY listened? Well, truth be told, only the ones that are truly passionate about those fields.”

“And no, we’re not all doctors, engineers, or lawyers. And no, our parents haven’t disowned us as a result of our decisions.

“South Asian families are a close-knit unit, where everyone stands by another’s decisions, whether it be of becoming a doctor or pursuing another dream.”

The piece goes on to highlight how South Asian media is tackling the harmful effects of representation in western media.

Western media has drilled its own stereotypes of the ideal South Asian.

Adjectives of “nerdy” or “intellect” have been founded as some of the core principles of what makes a “typical Asian”.

Therefore, it’s not surprising that trying to escape the pressures of pursuing highly esteemed professions is a difficult task.

The Discouragement of Careers 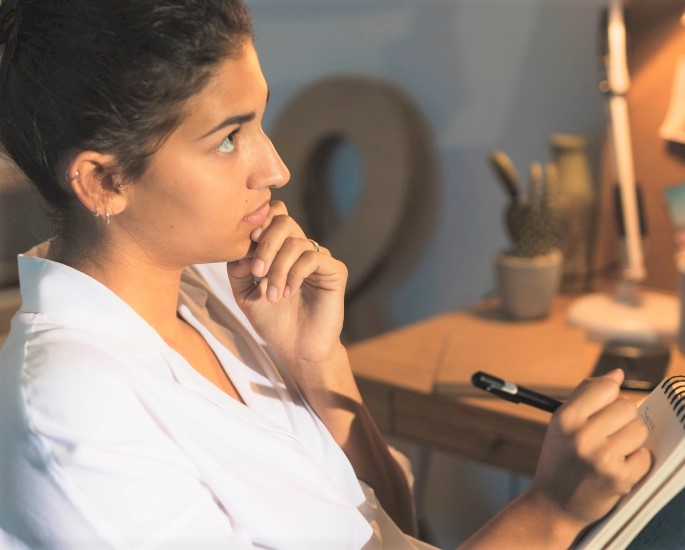 Typically, jobs in the arts (which could lack the stability that other professions can provide) become defamed by South Asian communities.

This is quite evident to many British Asians and is disheartening.

The mantra of doing what you love gets abandoned, simply because a career does not fit traditional values.

Another aspect of employment that often gets overlooked by British Asians is the possibility of pursuing multiple careers.

“The Bureau of Labor Statistics (BLS) published a study from 2015 that looked at the number of jobs a person held between the ages of 18 and 50.

“It turns out that the average person has 12 jobs!

“And this is during a span of 32 years, which means the number is probably higher for a person’s entire lifetime.

“This number may be higher than imagined, but switching jobs due to better pay, benefits, company culture, and location are extremely common.”

The chance of staying in the same domain is getting slimmer and slimmer.

The opportunities to venture out of your initial occupation is becoming broader.

There is no doubt that young British Asians will think of switching paths.

However, the lack of understanding of this concept can reside in Desi households which could pressure one away from job-hopping.

Mariam Rahimi, an A-Level student, recorded her own experiences. She highlighted the unwelcome towards multiple careers in British Asian communities:

“There is this overwhelming sense of staying within one career path and sticking to it when this really isn’t the case.”

“It’s perfectly normal to switch from job to job and explore your options with the qualifications you have.

“But I assume from a lack of knowledge or fear of security, there is definitely pressure to get your career choices right the first time around.”

The general abandonment of thought towards the prospect of changing careers is a pressure in itself, as highlighted by Mariam.

The sense of knowing exactly what you want to do, and sticking with it can lead to a stressed mind.

It can also result in dissociation from one’s passions or job dissatisfaction in the future. 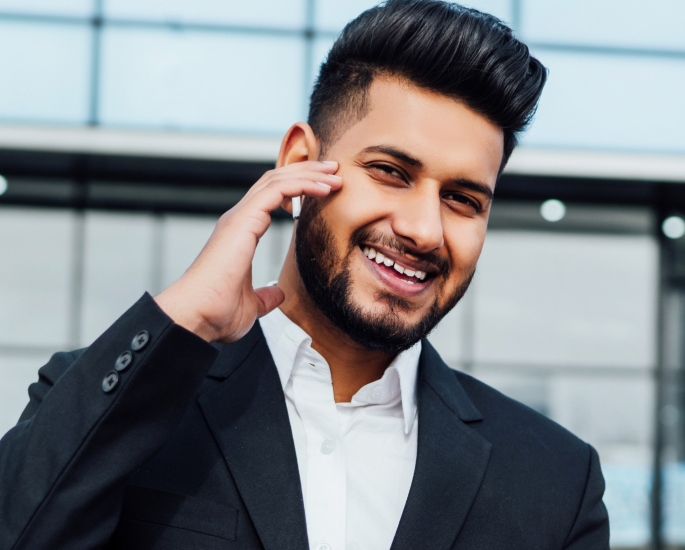 Committing to a profession that is celebrated by British Asian communities is often possessed by those who have the genuine aspiration.

A raw, uninfluenced urge to pursue a professional career would subsequently lead to more satisfaction.

However, for those who may not feel as passionately about certain industries as their peers, it can be hard to find encouragement to do what you want.

The action of defying the pressures of your closest family and friends is a challenge in itself.

That’s why locating people around you who have subverted this narrative of being pressured into a career can be helpful.

If you are being forced into a specific area that you are doubtful of, reach out to those around you.

Everyone maintains different experiences. Gaining an insight into the experience of others can motivate you to steer away from unwanted pressure.

From family members to friends, ensure you exercise the ability to get to know the benefits that other jobs possess.

You can also search for wider role models, who are celebrated for following pathways that may be ‘untraditional’.

For example, there are certain British Asian writers in the literary spectrum, but the influential talent on show is not restricted to just this.

Seeking out role models to inspire you in other professions is often just a web search away.

This is evident with the rise of British Asians in more creative careers.

British Asian poets, photographers, directors and musicians are all paving a way to reimagine the ‘right career’ for Desi people.

One industry evocative of this is fashion. Simran Randhawa, Sangiev and Neelam Gill have all transcended the ideology surrounding the ‘correct’ occupation.

Additionally, more parents are understanding that their children have many influences around them now.

Social media, movies and music all emphasise passion and drive, especially towards something one feels so attached to.

So, this is changing the narrative around what is acceptable as a career. In turn, this is hopefully diminishing the pressures around choosing the right career.

Jobs are just another personal decision that frequently gets subjected to the pressures and influences of others.

The choice of your pathway and progressions heavily depends upon yourself.

Find what you resonate with, and then weigh the pros and cons to see if this is a viable career or just an engaging hobby.

It can be tempting to shut out all pressures which oppose your own ideals.

However, understanding why these pressures are proposed in the first place may be the most important conversation to be had.