British Asians and the Pressure to Marry

British Asians are increasingly feeling more pressure to marry before a certain age – even without their parents’ encouragement. We explore why.

How old is too old? When is the deadline for marriage and how much time do I have left? Is the pressure to marry fully on from the family?

These are questions that young, unmarried men and women the world over ask themselves time and time again. With each year that passes, birthdays turn from moments of celebration to another marker of another year gone without having met “the one”.

It used to be that South Asian parents were keen to see their children settle down, to the point that they were not above emotionally blackmailing their offspring.

Memorable lines such as “If I live to see you married, I can die happy!” or, from the parents yearning to be grandparents “When will I have grandchildren to play with?” have become almost a stereotype in their own right.

It is, to an extent, understandable; the majority of parents feel as if their purpose is to see their children happy and fulfilled in life, with the possible bonus of a grandchild or two to dote on and spoil. 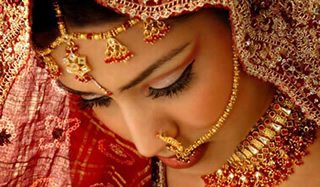 While this is still a common case in native countries such as India and Pakistan, over recent years there has been a subtle change in the parental mind-frame, particularly in the United Kingdom.

Parents are more likely to shy away from the subject and mention the issue indirectly.

“While we would definitely like our daughter to get married sooner rather than later, we don’t want to make her feel pressurised into anything,” said Kulwinder, about her 24 year old daughter, Surpreet. “We’re not old-fashioned to insist that she gets married…but it is something we do think about, even if we don’t say.”

But British Asians are still feeling pressured, regardless of their parents’ involvement or lack thereof. Even if the parents aren’t creating a tamasha about their unmarried children, other relatives tend to create tension, whether intentional or not.

Sanna, 26, from Bradford says, “My three cousins, my older brother and myself make up a band of “children”. My brother married, and then after that, my eldest cousin found someone. I haven’t found anyone yet but my relatives always do this whole “nudge nudge wink wink” routine and say things like “it’s your turn next” as if it’s a fantastic joke.” 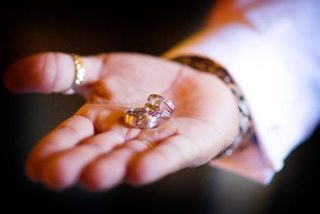 There are other factors quite aside from relatives that could lead to British Asians feeling as though they need to rush in finding their perfect partner. Some would argue that the actions of friends speak louder than the words of authoritative figures.

In a world where communication has become effortless, with social media sites constantly rising in popularity, this has never been more true. As soon as there is a change in someone’s relationship status, updating Facebook often comes as a high priority.

“It seems like there’s always someone I know who’s announced that they’re engaged,” says Ismail, 26. “I log into Facebook and Twitter and the first thing I see is a new announcement. But I don’t feel ready to get married because I’m focusing on my career. I’m wondering if there’s something wrong with me.”

Matrimony, and the search for a suitable partner can often be seen similarly to a particularly gruelling job interview.

With prospective partners having to meet the right requirements such as health, fitness, looks, personality, education and background, it could take many years for someone to come across the right person.

The cost of living has steadily risen throughout the years, meaning that it has become impractical to have just one person bringing in money to the household. Therefore, having a career raises the prospects substantially.

This is where the main paradox takes place; by the time young Asians feel satisfied with their qualifications, and feel they are financially stable and independent, they have that much less time to find a partner before the age of 30.

DESIblitz talked to Meena Jogia, a counsellor who also serves as the manager for the Asian Family Counselling service in Birmingham. DESIblitz asked her what else could be behind this gradual shift in mentality.

“In our culture, there is often a list filled with boxes to tick. Culturally we are very aware of this list. There is an expectation that by a certain age you will be married, you will have a child, you will have a house. By 30, people think they should be having a child by that age.” 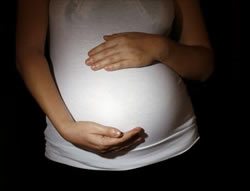 Meena went on the mention that one of the key reasons why some parents are eager to step back from the process is because of a need to seem modern and to not clash with the values of choice that comes with education.

There are still many young British Asians who remain care-free about this particular issue, and others who actively rebel against the kind of talk that originates from relatives by refusing to entertain the idea of marrying in their 20s.

But others see the concept of marriage transform from potential happiness to something more sinister.

“My mum’s cool but my aunties are always talking about how my mother-in-law will say things about the way I iron my clothes, or how I roll my chappatis,” says Divya, 27, “but the way they keep droning on and on about it, it makes me less inclined to think about marriage. It makes me fear it instead.”

On this note, Meena had a word of advice for individuals who are feeling particularly under pressure. 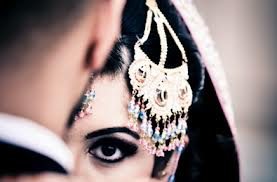 “Don’t rush. Rushing leads to a higher breakage of marriages.  People are living longer, there is more time to achieve things in life. At the age of 26, you still have a good 60 years ahead of you. 26 is still very young.”

Sometimes, the pressure to marry seems like an issue that is purely South-Asian in origin. But it is important to remember that this is not the case.

The same can be observed in nationalities and ethnicities across the world; the sheer amount of romantic comedies centering on this theme are more than enough evidence.

Love and marriage isn’t a theme that is only explored in Bollywood films; in 2010, Hollywood alone produced 15 romantic comedies. The literary world saw nearly 300 romantic or “chick-lit” novels being published in the same year, the majority of them dealing with singletons and characters desperate to find “The One”.

While it helps to remember that all cultures experience this same phenomenon, the fact remains that South Asian culture has always focused on this topic with an intensity that is entirely unique. And it leaves many British Asians either feeling the pressure or completely ignoring and ‘living’ their life.

Simi has a thirst for anything to do with classical music, arts and literature. She can't function without playing the piano at least once a day. Her favourite quote is "Enthusiasm is excitement, with inspiration, motivation and a pinch of creativity."
Sleep and why we Need it
Keeping Fit and Exercising at Home