Sleep and why we Need it

There are at least three things that every human being requires in life without exception; drink, food, and the need for sleep. But how important is sleep?

51.3% of the UK population have difficulty falling asleep

A recent study has shown that 1 out of every 20 Indians suffer from sleep disorders.

According to the first ever pan-African and Asian study, Indian women outnumber Indian men when it comes to having a disturbed night of sleep and 4% of Indian men who suffer from severe sleep problems also suffered from a deep depression, with a further 3% reporting severe anxiety, a result that was reflected in Indian women.

Meanwhile, 51.3% of the UK population have difficulty falling asleep, according to statistics from 2011’s Great British Sleep Survey.

As if that’s not enough, the AA reports that at least 3000 deaths and serious injuries that happen on the UK roads each year are caused by drivers operating vehicles when suffering from a lack of shuteye. 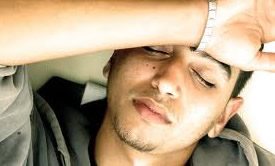 This is especially grim news; 3,500 people are killed or seriously injured each year due to drink-driving. Driving without sleep is just as deadly as driving under the influence of alcohol.

Continuing through life without enough sleep can have extremely serious consequences for others, but reducing the number of hours of snooze each day can have a directly harmful effect on ourselves in ways which are obvious, but in other ways which are completely unexpected. 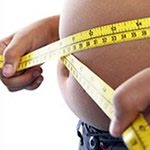 The term “mid-night snack” seems like the height of decadence and greed to many, but those late-night urges to binge on crisps and biscuits, or even leftovers from dinner are controlled by two different hormones in your body. Meet Leptin and Ghrelin.

In a well-rested person, the body balances these two hormones. But when a person requires more sleep, this balance is shifted, with leptin levels decreasing while ghrelin increases. The problem? Leptin controls the appetite, so when there is less leptin, there is more of an urge to eat. Ghrelin, on the other hand is produced by fat cells and indicates to the body that it needs to cling onto calories derived from fat content.

Weight gain can creep up on the best of people whether they’re well rested at night or not. According to a recent study published in the American academic journal Sleep, researchers found that individuals who slept less than eight hours a night ate food with a higher fat content.

It has reached the point that a number of weight loss programmes such as Weight-Watchers are putting more emphasis on the importance of a good night’s shuteye. 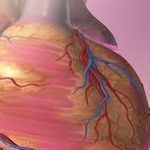 People who consciously choose to have less than eight hours of sleep, or try to get the full eight hours but are suffering from a sleep disorder, could potentially have more stress hormones in their bodies. This is can have a negative impact on the heart in the future. Stress hormones can damage blood vessels, which in turn can lead to high blood pressure. If this remains unchecked, it can result in heart disease.

Heart attacks, Heart failure and Stroke are also 30% more likely to occur in individuals who don’t get enough sleep.

Research published by the University of Warwick showed that men in particularly at more of a risk of heart disease and quite possibly, an early death. 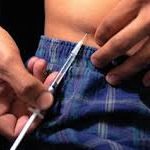 Research has shown that there is a link between sleep loss and the risk of developing diabetes, a disease that Asians are genetically more prone to.

Blood sugar levels can be affected by sleep and your blood glucose control can also affect your sleep, which results in trouble sleeping. After a single night of sleep deprivation, the body struggles with handling glucose loads.

But it isn’t just diabetes that a lack of sleep can lead to. Those who suffer from sleep apnoea – which causes snoring and irregular breathing patterns at night could be twice as likely to to be diagnosed with a form of cancer. A study was conducted by Spanish researchers, and is the largest study of its kind, with over 5,600 patients of sleep clinics participating. They found an association between sleep apnoea and cancer when they followed participants over a 7 year period. 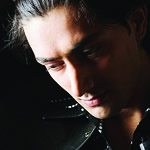 Insomnia can be a common symptom of depression. In 2007, a study of 10,000 people revealed that those who suffered from insomnia were five times as likely to develop depression when compared to those who got a good night of sleep. But insomnia and depression feed off one another, in a relationship that can be described as symbiotic.

Scientists are still conducting research to this day to find out just how the chemicals involved in the sleep-wake cycle are also involved in mood and energy concentration, and how they can be manipulated so some form of effective medication can be found.

Depression can also contribute to the opposite, where a person does not want to get out of bed and sleeps for a large part of the day and night. 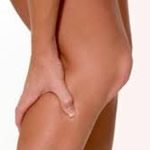 Sleep can be inhibited by Restless Leg Syndrome (RLS). This is where a person feels an irritating crawling feeling in their lower leg especially at night when they are lying in bed.

The condition can is difficult to predict and sometimes is triggered without any cause and instigates the urge or need to move the legs to stop unpleasant sensations. This results in the need to get out of bed and lots of broken sleep. RLS can, therefore, cause a decreased quality of rest. This lack of sleep can lead to daytime sleepiness, anxiety or depression, and confusion or slowed thought processes.

It can be prevalent in people who might have other conditions such as Chronic kidney disease, Diabetes, Iron deficiency and Peripheral neuropathy. 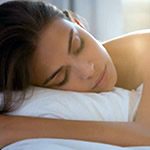 There’s a reason why people refer to rest as “Beauty Sleep.” After a couple of nights of reduced rest, it’s common to experience pale skin and sore eyes.

However, if it continues for a prolonged period of time, it can lead to lacklustre and unhealthy skin, fine lines and wrinkles and bags under the eyes. This is due to the body releasing more cortisol, a stress hormone. When there’s too much cortisol being released, it can break down skin collagen, which is responsible for keeping skin smooth and soft.

It also impacts the release of human growth hormones, which is responsible for gains in muscle mass and bone strength.

Where can I go for help? 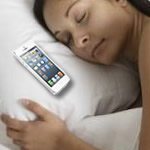 The good news is that there are things that can be done to aid a restful night of sleep, and some of them are fairly simple.

One good tip is to make sure that your bed and bedroom are comfortable – not too hot, not too cold, not too noisy. Even sleeping naked is known to help.

If you are a light sleeper, then it might be worthwhile to purchase a set of reusable ear-plugs to drown out any background noise.

Technology is also playing its role. You can download mobile phone apps which are designed to help you sleep. These range from counting sheep to sleep enticing visuals to relaxing to audio sounds which can help you drift into sleep.

Another important tip is to make sure that your mattress supports your body properly; if it is too firm, you are putting your shoulders and hips under undue pressure. If it is too soft, your back is liable to develop aches and pains.

A mattress should ideally be replaced every ten years to ensure the best environment for your body when it is at rest. Exercise can also prove to be therapeutic and can dissipate excess energy and nervous tension.

It is best to exercise in the late afternoon or early evening. If you exercise at night, it could have the opposite effect instead.

If all else fails, do not hesitate to make an appointment with your GP. Doctors will be able to refer you to one of the many sleep clinics dotted around the UK, and ensure that you receive the help you need.

Simi has a thirst for anything to do with classical music, arts and literature. She can't function without playing the piano at least once a day. Her favourite quote is "Enthusiasm is excitement, with inspiration, motivation and a pinch of creativity."
Exercising Whilst Pregnant – Good or Bad?
British Asians and the Pressure to Marry