Harpreet Singh Rai’s Oura sleep tracker has raised $100 million in order to move further into the realms of personalised health.

“You're going to do it every day, no matter what."

The company is best known for making a smart ring that tracks sleep, measures heart rate and body temperature.

The company first came to prominence in July 2020 when the Women’s National Basketball Association (WNBA) went into a “bubble” to play its season.

Players, coaches and staff were given an Oura ring, something which showed the athlete’s overall health and recovery.

It offered an added benefit during the Covid-19 pandemic, peace of mind that a player was not getting sick.

Other sports leagues such as the NBA, UFC and Nascar have also worked with Oura.

But while rival companies have become popular by monitoring activity, Oura relied on the crowdfunding site Kickstarter.

The company was founded in 2013 in Finland and its first product was focused on measuring sleep.

CEO Harpreet Singh Rai said: “You’re going to do it every day, no matter what. 99.9% of people will likely try to sleep tonight.

“We believe it’s perhaps one of the most impactful things to your health that’s being under-looked.”

Harpreet and approximately half of Oura’s staff live in the San Francisco area. 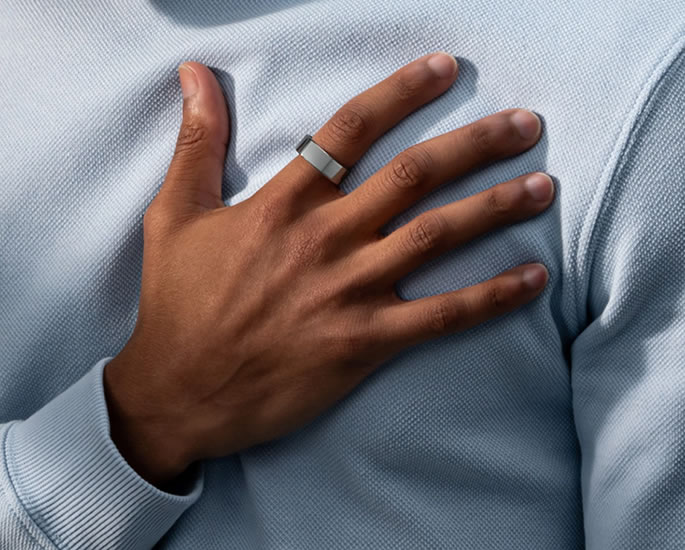 The signature smart ring has now expanded beyond sleep. It now measures other vital signs.

The company has now raised $100 million through a number of investors. As a result, Oura is valued at $800 million.

Harpreet says Oura plans to invest the new funds into its research, development and product, as well as expanding marketing.

He added that the company is also open to acquisitions.

The smart ring was introduced in 2015 after exceeding its goals on Kickstarter before raising $5.3 million in first venture capital in 2016.

It was initially estimated to ship by the end of 2015, however, the rings actually arrived to customers in early 2018.

Harpreet was an avid user and investor. He was named CEO later in 2018, moving from New York to San Francisco as the company’s first US employee.

Oura took more than a year to reach 10 US workers.

Today, more than half are based in the US, with numbers increasing over the past year from around 100 to 250.

The smart rings have a starting price of $299.

Like the Apple Watch and Fitbit, Oura does not have regulatory approval as a medical device.

Instead, it markets itself as a crossover between a direct-to-consumer product and the regulated health space.

Harpreet told Forbes: “I don’t think wearables can diagnose or treat yet, but the idea is of an early warning light to go see a medical professional if something is wrong.”

In the WNBA, that data gave peace of mind to athletes so they knew they were not getting sick.

For at least one player, that included confirming nothing looked unnatural in the app’s data after a positive Covid-19 test, which later proved a false positive.

Terri Jackson, executive director of the league’s players association, the WNBPA, gave Oura rings to herself and her husband before going into the bubble.

She also offered rings to housekeeping, meal preparation and other staff as well as ensuring that her son, NBA player Jaren Jackson Jr, wears his.

WNBA players reportedly embraced the rings after they were told that their data would only be accessible to three people.

Terri said: “Once players understood the data that was being shared and who had access to it, they felt more comfortable about it.

“The players wanted to see sleep information and related recovery data – they were keying in on it.”

Limited recovery signs can be useful but Oura’s ability to help wearers act on their data is limited for now. 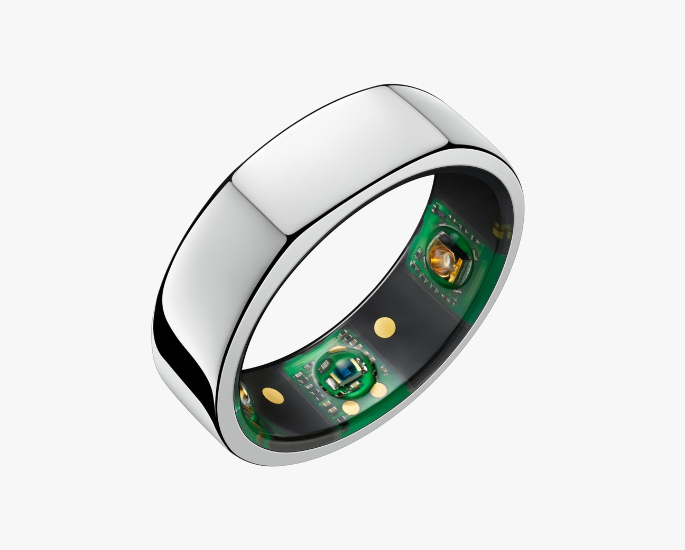 Harpreet says the company intends to use some of the funding to build out an “insight engine”. He likens it to a “personalised health coach” to improve a user’s health.

Such artificial intelligence-driven nudges featured heavily in the success of the chronic health management company Livongon, which was bought by Teladoc Health for $18.5 billion in 2020.

Harpreet explained: “We want to validate and prove our research first.

“We then want to go ahead and see where the industry goes, and we anticipate it moving more towards medically regulated devices.”

Oura’s accuracy is being looked at by the likes of Joshua Hagen, an assistant professor and director of the Human Performance Innovation Center at West Virginia University.

The Oura ring was compared with other devices that were strapped across the chest. It was found that the smart ring had the second-highest accuracy.

“My hypothesis was anything that’s not a chest strap was going to be much less accurate.”

“Oura was the outlier.”

Another study looked at how wearables measured sleep relative to the electrodes that measure brainwaves in a sleep lab.

Oura performed well as far as measuring how much time the user spent asleep and awake, however, like the other devices, it struggled to accurately predict how much time a user spent within a specific sleep cycle.

During the pandemic, Professor Hagen and his team looked for clues in user data to predict illness before the person showed symptoms.

His group found they could identify early warning signs three days in advance when retroactively applying an algorithm to Oura user data.

Despite the promising results, Oura faces competition with its own backers and advocates.

Whoop, a Boston-based startup, tracks activity through a wrist device and raised $100 million.

Investor Eurie Kim says most of the company’s backers are avid users themselves.

She says the “stickiness” of Oura’s sleep focus – a daily activity regardless of whether the user is in shape or injured – gives it the potential to outlast competitors.

Eurie added: “If you changed something in your life, improved your health with Oura, you would understand why this round was an obvious win for all the people that invested, and that it’s only the beginning.”

Harpreet argued that the wearables market is still small, with lots of room for competitors to coexist.

Harpreet said that over time, he expects the whole industry to stick to a few best practices, including the combination of hardware with a paid content subscription, like Peloton.

He added: “I think you can think about the future of the wearable industry, including us, the same way.”

Dhiren is a journalism graduate with a passion for gaming, watching films and sports. He also enjoys cooking from time to time. His motto is to “Live life one day at a time.”
What are e-Scooters & Are they Legal?
Shumirun Nessa’s Funny Pizza Video on TikTok