Keeping Fit and Exercising at Home

"There are still ways to get fit at home, without any expensive machines like treadmills"

For most people, exercise has always seemed a chore and expensive. But exercising at home could be the answer.

For many, the idea of going to the gym after a long, hard day at work shares space at the top of the “Things To Dread” list, along with dental appointments and facing the morning traffic.

Since 2008, with the announcement of the recession, times have become extremely difficult for the majority of the global population, with Britain being hit particularly hard.

Four years on, and the country has seen marginal improvement in the number of people who are without jobs…but it’s sobering to remember that even with this improved number of are still just over two and a half million who are still unemployed.

It comes as no surprise, therefore, to know that people are trying to find more and more ways of cutting down on their costs. 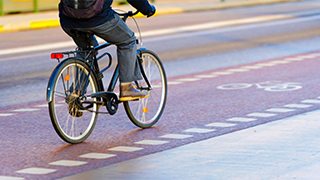 This can be something as simple as giving up a morning coffee, walking or cycling to work instead of driving or using public transport, or even cutting down on the amount of take-aways.

For a lot of people who have a gym membership that feels more like an anchor of duty and responsibility, it might at first feel like a relief to make that phone call informing the organisation that you won’t be needing to use the gym any more. After all, the extra money could go towards something else, something more important.

It is only when you realise that you can’t buckle your belt as tightly as you used to that there might be a “growing problem” around your waist-line. Cashing in the gym membership might seem like a bad decision.

There are still ways of exercising at home, without any expensive machines like treadmills or exercise bikes. It might seem hard to believe, but there is still a way to lose those pounds from your body, and keep the other pounds in your wallet!

Even better? Your home has a multitude of opportunities to get a great work-out, even when time is short! 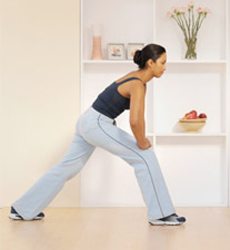 Weight-loss can be a lonely path, and trying to attempt the journey by yourself can often seem a daunting task. Women might have an easier time finding a group of friends who are similarly dissatisfied with their own level of fitness, and therefore have similar goals.

The idea is not to compete against each other, but to encourage, support and ensure that all participants stick to their fitness regime. It is this concept, of working together towards a common goal that is the basis for popular diet groups nationwide, and it works just as well for keeping one another from falling off the wagon.

The first tip for kicking off a home-fitness programme is remembering to warm-up! Failure to do so might result in over-extending and pulling muscles. One could ruin their work-out before even getting started!

So what aids do you need? Nothing at first, working the human body without the use of any equipment is the perfect way to start.

Sit-ups, crunches, lunges and squats are all simple, time-effective and cost-free. Each exercise targets an area that is usually the source of discontent. Sit-ups and crunches focus on the abs, strengthening and conditioning muscles that are rarely used while lunges and squats target the thighs and butt.

There are many different techniques to use for each particular exercise, which help ensure that the exercises evolve along with the user, but despite this, the majority of people ignore these basic but extremely effective exercises in favour of splashing out on expensive equipment that is then left gathering dust in the attic.

Fitness, of course, is not just about core stability and conditioning, it is about cardiovascular exercise too, which is most responsible for burning those calories.

The easiest way to fulfil this aspect of exercise without exiting the house is by jogging on the spot, performing star-jumps or using a skipping rope, which can be bought for £5. 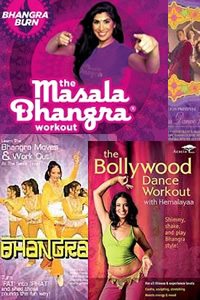 If this sounds too much like hard work, but you’ve always wanted to learn how to dance, then you can take care of two wishes at once by purchasing a work-out DvD and following along.

There is a plethora of dancing styles to choose from, from samba to bhangra, and prices are relatively cheap. You won’t be spending more than £15.

As time goes on, your body will begin to adjust and acclimatise itself to whatever exercise regime that you choose. Weight becomes harder to shift and the body reaches what fitness professionals call a “plateau”.

When this happens, try and switch up your routine, adding a greater variety of exercises to your circuit. Switch out the sit-ups in favour of using an exercise ball.

Use your resistance tube (which is also relatively inexpensive at £10) in different ways. Instead of jogging along the street, or on the spot, use a skipping rope instead. 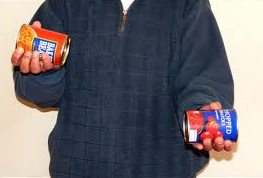 The other option is to stick to your current exercises, while adding a new layer of challenge. This can be extremely easy and not incur any additional costs. Simply raid your kitchen and find progressively heavier objects to exercise with.

It might feel daft at first, but using tins of kidney beans as dumb-bells and squatting while holding a litre of extra virgin olive oil will pay dividends!

Remember though, that exercise alone doesn’t make for an effective weight-loss programme, and neither does concentrating solely on what you eat.

Make smart choices over your meals, swapping out favourite condiments for lighter options, and finding alternatives to those carb-heavy meals that everyone loves.

Exercising at home is not going to make you drop a jeans size in two weeks. The best type of weight-loss is gradual and steady over a long period of time.

Simi has a thirst for anything to do with classical music, arts and literature. She can't function without playing the piano at least once a day. Her favourite quote is "Enthusiasm is excitement, with inspiration, motivation and a pinch of creativity."

Any advice given within this article is a general guide-line and is not to be used as medical instruction. Advice from a doctor should be sought before doing any kind of strenuous exercise.