Bollywood actress Katrina Kaif has revealed her dieting secrets and the exercise she does in order to maintain her fitness and health.

"Collaborating with Reebok provides me with a platform"

Katrina Kaif is one of Bollywood’s most popular stars but she is also one of the most fitness conscious.

The energy she brings in her films is down to her intense workout routines and strict diet plans.

Her social media provides an insight into her commitment to fitness as she is pictured or filmed in the middle of a workout.

Katrina’s dedication to fitness is serious as she trains with Yasmin Karachiwala, who has many clients from the world of Bollywood.

On working with Katrina, Yasmin said:

“Katrina is one of the most interesting people to work with because she expects a new workout every time she walks into the gym.

Her fitness life has brought about new opportunities including an ambassador role. We explore her dieting secrets as well as the way she keeps fit.

Working with Reebok and how Fitness became part of her Life 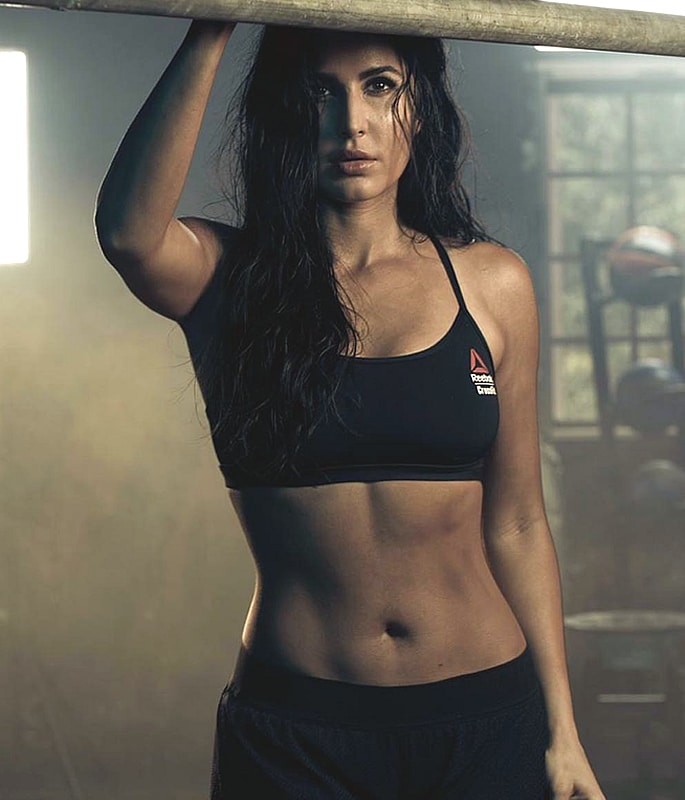 Katrina Kaif has become a brand ambassador for Reebok India to create a fitness collection.

The actress said: “It is an interesting opportunity for me to curate interesting dialogues and conversation around fitness, women’s training and body image amongst other things.”

Katrina explained that fitness and dance have been an important part of her life for a number of years.

“Collaborating with Reebok provides me with a platform that allows me to have interesting interactions about fitness, the challenges women face in their journey of being fit, how it brings about a positive change and so much more.

“I am keen to be a part of a community where people have access to information about fitness from training to personal experiences and so on.”

Being active has always been a part of Katrina’s life as she used to play a lot of sports when she was younger.

Her training now is more specific and based on the type of film she is doing. She says it is so she can fully immerse herself in the role and do justice to the character. 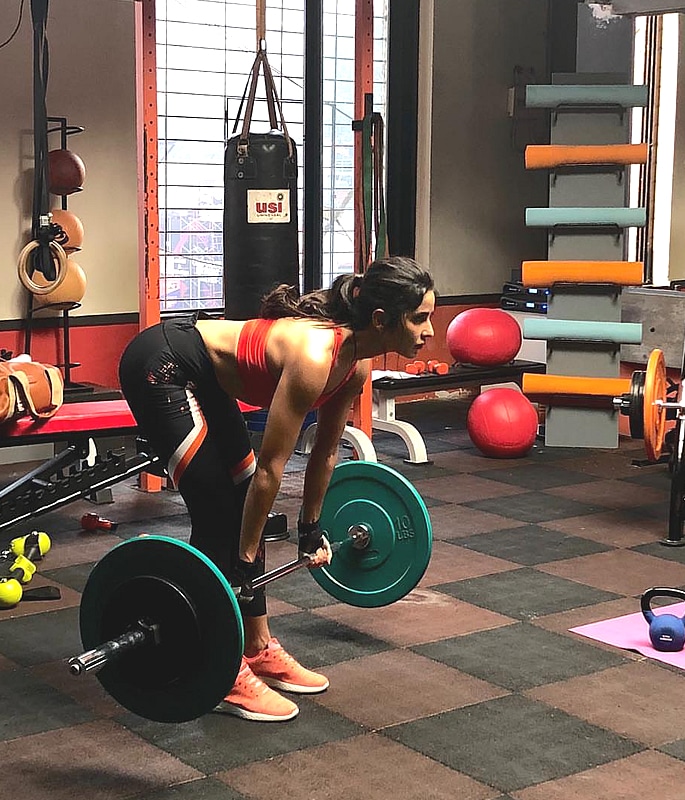 A lot of Katrina’s workouts are tailored to the type of film she is working on. She has routines which are modified in order to achieve the required look for a film.

She said: “In Tiger Zinda Hai, I wanted to look like someone who is capable of pulling off that kind of action, so, I needed the tone and definition.

“For Bharat, [where I played a] girl from the 70s and 90s, I could not look like someone who goes to the gym.”

“So, I stopped functional training entirely for that period and did only pilates and yoga. I enjoyed the break.”

According to Karachiwala, Katrina trains for one to three hours every day and does a mix of exercises.

She trains to keep her body toned and to strengthen her core muscles. The intensity of her workouts increase if a film demands it as she explains:

“For a film that demands a [heightened] level of fitness, a stage show or photo-shoot, I will tweak my routine to include high-intensity work, cardiovascular exercises and swimming.

“I mix it up. I find it exciting to mould my physique based on the demand. Yet, I am always in touch with some fitness form.”

Training when not Shooting 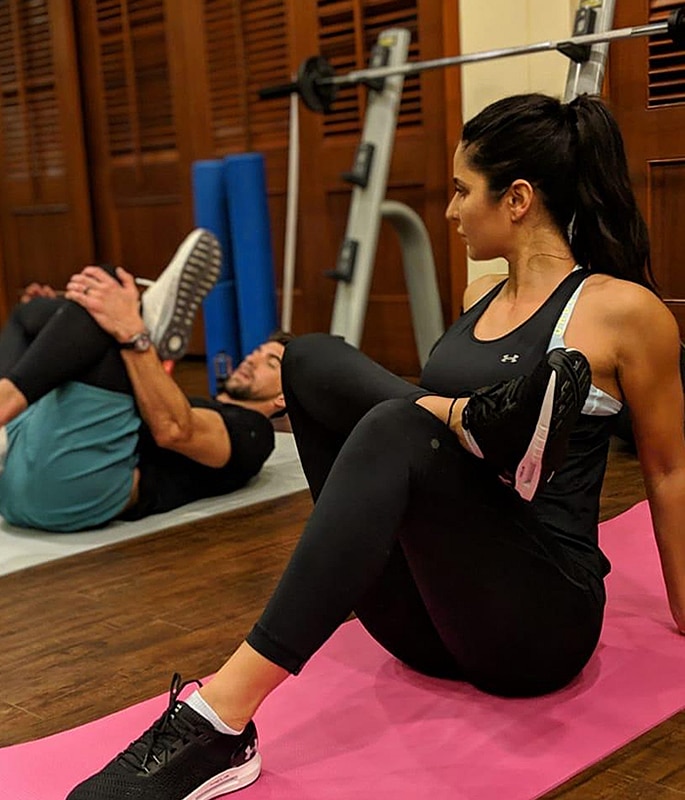 Even when training for a film, Katrina Kaif works out as a way of spending some alone time and to improve mental wellbeing.

Her workouts allow her to set goals for herself which drives the actress to achieve it. Reaching the goal brings about a sense of accomplishment.

However, Katrina is filming Sooryavanshi so her workouts are tailored to her role.

“I do high-intensity functional exercises, which include plyometric jumps, box jumps and other similar dynamic movements. These are difficult so I don’t do them all the time.

“When I’m in between achieving a goal, I take it easy and give my body time to relax.”

“I prefer pilates, which is gentler and provides a wholesome [workout]. Also, I like classical weight-training; not one that increases the heart rate too much.

“I enjoy swimming and movement-oriented workouts [that combine] yoga and functional training into a cardiovascular pattern. I literally decide the night before what I’m going to do the next day.”

The actress is willing to learn and has trained with some of the greatest athletes, including American swimmer Michael Phelps. 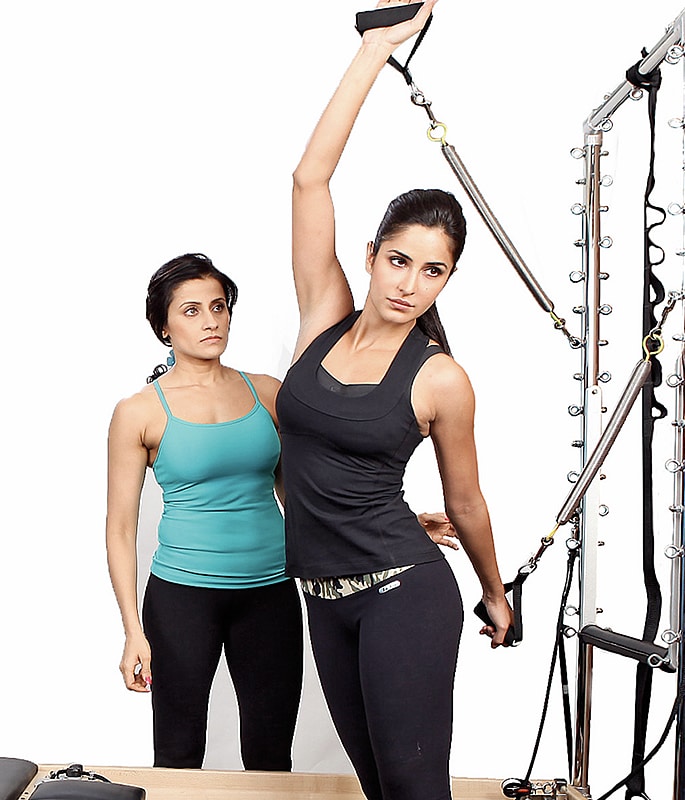 Katrina also incorporates dance into her fitness routine and says it gives her more energy.

“You increase your energy output with dance or action training. When you are training for an activity for three hours a day, you’re burning so many more calories. So, if I undergo that training, the body will respond.”

The actress says that because dance uses natural movements, it is difficult to replicate in the gym.

She added: “The level of fitness achieved via such movements is hard to replicate in the gym because dance and action employ natural movements from the body.

“So, one will be in better shape when doing such training.” 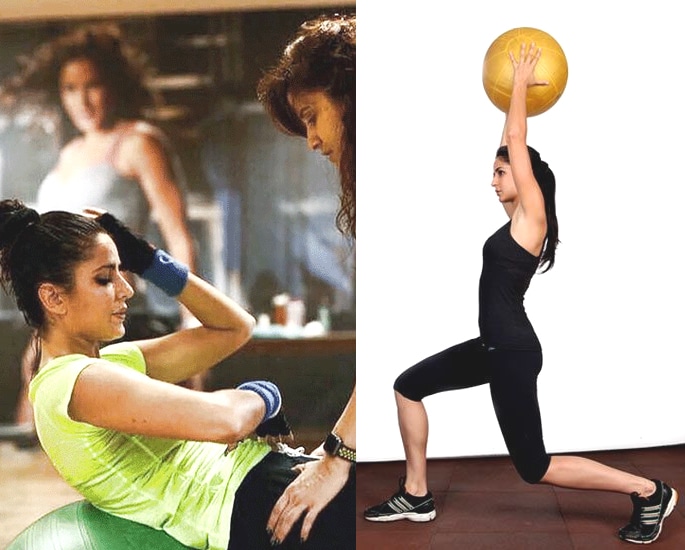 Doing a workout routine is not the only thing Katrina Kaif does to keep fit. She also follows a diet to stay healthy. Her diet becomes strict if she has to prepare for a film role.

One thing that people have been influenced by are diets which claim to help lose weight quickly, however, they are just a fad. The actress managed to realise early on that they did not help.

She said: “I realised early on that fad diets like Keto neither interest me nor work in my favour.”

Instead, Katrina sticks to a simple plan which she finds is more effective as she explains:

“I adopt [basic] principles like cutting out refined sugar, dairy, gluten, and oily foods. You follow these and you can have an enjoyable [meal plan].

“I stay away from foods that are inflammatory and eat a good amount of protein, vegetables and carbs like rice and sweet potatoes.

“I keep my meals light after 7 pm. But, if I’m trying to achieve a target or prepare for a role, I follow a strict diet.”

Advice for Women who look up to Her 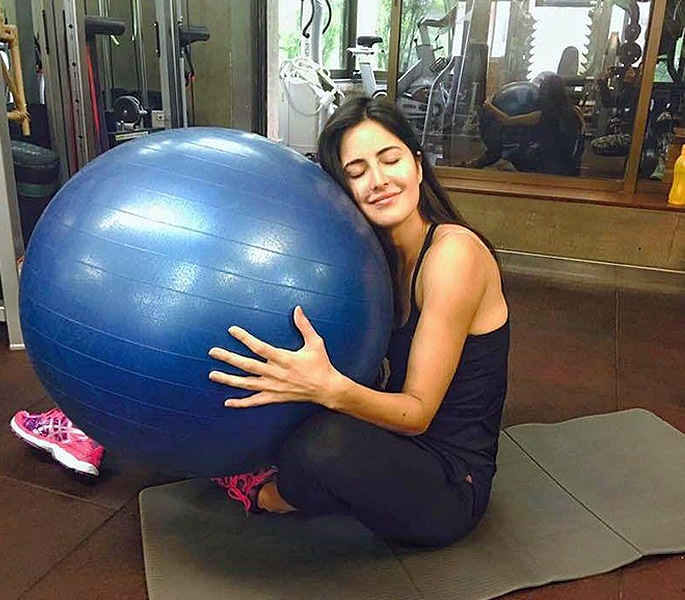 As one of the top Bollywood actresses, Katrina Kaif has a huge following and people look to replicate what she does.

As a fitness enthusiast, Katrina’s fans are keen to learn about the steps she takes in the hope of improving their own fitness levels.

The actress told Mid-Day: “I am not blessed with a high basal metabolic rate. In fact, when I started training, I was advised to increase my resting BMR. I’ve been lucky to get great advice.”

Katrina advised women to tailor their fitness routine to their own preferences, a person should not follow someone else’s plans.

“Each woman must decide what is right for her. Don’t make fitness about another person. It shouldn’t feel like a struggle.

“Women must understand that if there are targets, there are ways to achieve them. Choose something that suits you and makes you feel good.”

Katrina’s fitness routines and diets sound simple but it is something which has been maintained. The result is a toned body that the actress can be proud of.

She and many other Bollywood stars have their own fitness secrets but hers is different to suit her own preferences.

Her association with Reebok can now give her a platform to inspire others into improving their own physical health.

Dhiren is a journalism graduate with a passion for gaming, watching films and sports. He also enjoys cooking from time to time. His motto is to “Live life one day at a time.”
10 Desi Beauty Tips to get Glowing Skin
How Ram Kapoor lost 30 kgs using the 16-8 Diet