The Fitness Secrets of Bollywood Divas

Bollywood’s biggest actresses have some of the best figures on screen! DESIblitz examines the fitness secrets of these divas that make them look so good!

What is the secret to these Bollywood divas bombshell bodies?

Though these women may make it look effortless, rigorous workout regimes and strict diet plans go into achieving their hourglass figures.

With the support of personal trainers and individual exercise routines, these stars are sculpted to perfection.

Their sizzling bikini bodies are envious, and we all wonder how we can get legs as lean and abs as toned as these stars. Want to know how they do it?

DESIblitz looks at the fitness secrets of some of Bollywood’s hottest divas! 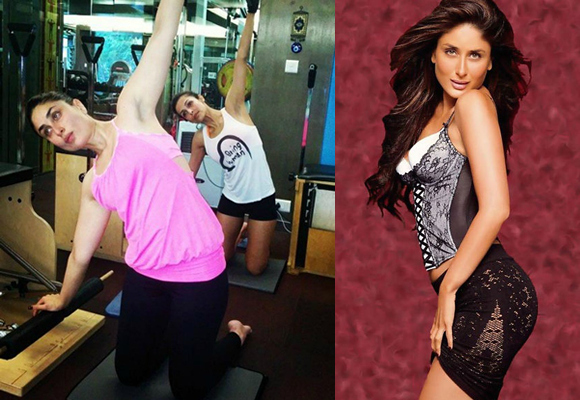 This Punjabi girl like her Kapoor family is a foodie at heart! Due to her love for parathas, cheese and Chinese cuisine, Bebo had a fuller figure and a plump face throughout her teens.

Pairing up with the renowned nutritionist and dietician Rajuta Diwekar, Kareena adopted a strict diet plan and rigorous workout regime to achieve the flawless figure she has today!

Though Bebo didn’t adopt any crash diet to achieve a size zero, she definitely adopted a much more intense workout routine, where she would exercise for two hours daily, five days a week!

Rather than following the traditional gym environment, Yoga fanatic Bebo opts for both a spiritual method to stay fit.

It is believed that she used the methods of Bikram Yoga, also known as hot yoga, to have a strong core, toned abs, and lean leg muscles.

Placing emphasis on cardio, she often goes running and swimming, and when she is on a shoot, she still manages to fit in exercise by walking long distances.

Though she still eats parathas, she has a balanced diet which consists mainly of green vegetables, fruit, accompanied with Daal, brown rice, and soup. 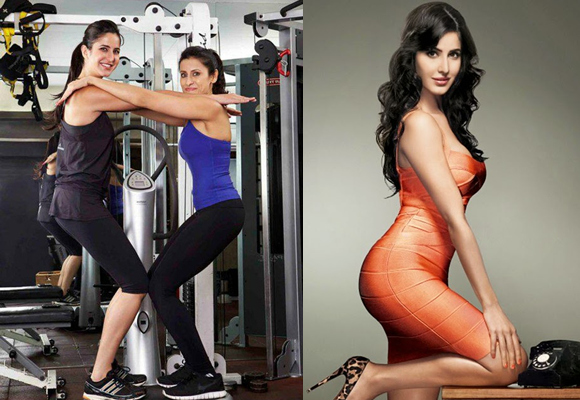 Though Katrina has always flaunted her flawless waistline in songs such as ‘Chikni Chameli’, her physical transformation in Dhoom 3 definitely required even more physical training!

Prior to Dhoom 3, Katrina would regularly practise yoga, swim and jog to keep fit. Though her busy filming schedule often prevented her from going to a gym, she works out religiously with her personal trainer Reza Katani.

Preferring strength training over cardio, Katrina’s workout regime is tailored to her preference.

When shooting for Dhoom 3, Kat had to throw out all the junk food, and wear her trainers virtually all day to train to get that envious athletic physique in ‘Kamli’!

Playing the role of a gymnast meant that Katrina trained on a daily basis, to increase her core body strength and improve her flexibility.

Katrina had to sometimes train for ten hours a day to perfect her choreography and acrobatics.

Katrina likes to eat a balanced healthy diet, which mainly consists of vegetables, fruit and protein.

When trying to achieve a slender figure in Dhoom 3, she removed all excess sugar and oil from her diet, limited her carbohydrate intake and increased her protein consumption. 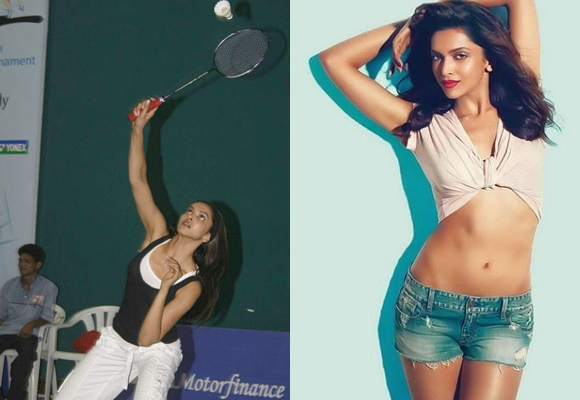 Daughter of professional badminton play Prakash Padukone, and a state level badminton player herself, Deepika has always had sport as a core part of her workout regime.

A self-proclaimed fitness freak, Deepika admits to even exercising too much when she was younger!

Her regular exercise routine consists of yoga early in the morning, which is often followed by a half hour walk.

Working with Yasmin Karachiwala, Deepika was introduced to Pilates and stretching exercises which she now incorporates into her daily routine.

Deepika prefers doing free hand weights, and she does four to five reps of these between stretching and Pilates.

Rather than always going to the gym, Deepika likes to have fun whilst working out and so she often uses dance as a great physical activity to keep fit and toned.

Along with a strict workout regime Deepika ensures she eats well.

Eating plenty of vegetables and fruit throughout the day for snacks, eating nuts in the evening and drinking lots of waters give her not only a toned figure but also glowing skin. 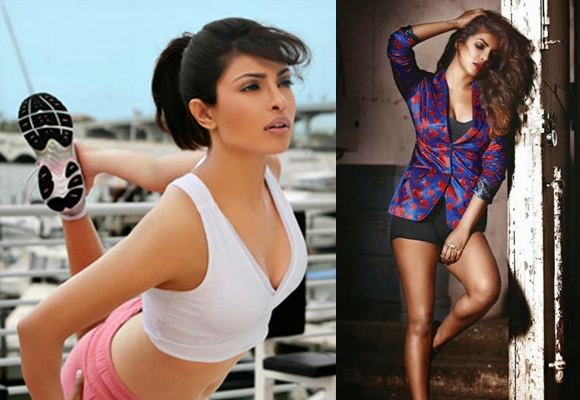 To keep in shape her daily workout routine includes walking on the treadmill, push ups and lunges, and yoga.

Priyanka prefers resistance training over weight training, and when she is not near a gym she likes to go running.

When shooting for the film Mary Kom, Priyanka had to transform her figure from slender to muscular.

To achieve the figure of a boxer, Priyanka had to endure the gruelling workout regime that comes with it!

Lifting weights, skipping, boxing and a lot of running was all a part of her daily routine to give her those muscular biceps!

She only indulges in tandoori food, chocolates and cakes on the weekend.

Throughout the week Priyanka mostly eats Daal, steamed vegetables and chappatis. She drinks plenty of fluids, including coconut water and snacks on nuts throughout the day.

To look like these beautiful women, a healthy diet and disciplined work out regime is a must!

Whether they go to the gym and workout with a personal trainer, or even go for a walk in the morning of play sport, exercise is embedded in their daily routine.

But just as important as their fitness plan is their diet, which helps them keep the pounds off!

Momena is a Politics and International Relations student who loves music, reading and art. She enjoys travelling, spending time with her family and all things Bollywood! Her motto is: “Life is better when you're laughing.”
Strobing Makeup Trend for Desi Skin Tones
Beauty Ingredients Bad for Your Skin