Are Indian Women Afraid of Exercising in Public?

For many Indian women, fitness is simply not a priority.

Exercising in public can be daunting for anyone but studies suggest that Indian women feel more hesitant than most.

A combination of gender and ethnic-specific barriers means that when it comes to visiting the gym or going for a run, Indian women may often feel uncomfortable.

A report by the World Health Organisation (WHO) revealed that nearly half of India’s women do not participate in sufficient physical activity. 44% of women in India are insufficiently active, compared to 25% of Indian men.

The report indicates a clear gender gap. For many women who want to keep fit or blow off some steam, public exercise is not an easy or safe option.

On top of gender restrictions, aspects of Indian culture make exercise even more of a challenge for Indian women.

DESIblitz takes a look at the environmental, social and cultural barriers preventing Indian women from exercising in public. 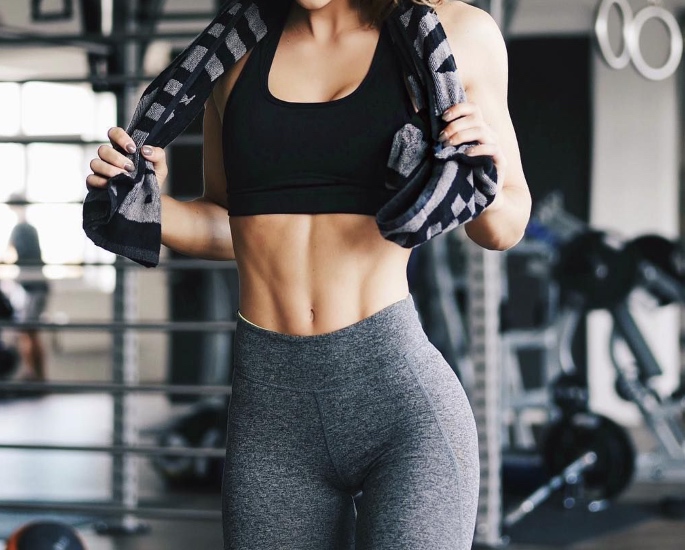 While traditions are changing, modesty is still a big part of Indian culture.

Sportswear and swimwear are often viewed as too revealing, prohibiting Indian women from feeling comfortable at the gym.

This is especially true for middle-aged Indian women or first-generation Indian immigrants.

Many would opt for a home workout instead of being seen in skin-tight sportswear at a public gym.

While home workouts can be effective, it is far easier to skip exercise when nothing or no-one is holding you accountable.

Mixed-sex swimming pools, the use of male instructors and difficulties speaking English are just some of the hurdles Indian women often have to face.

All of them combined means that compared to other groups, Indian women are far less likely to participate in physical activities outside their home. 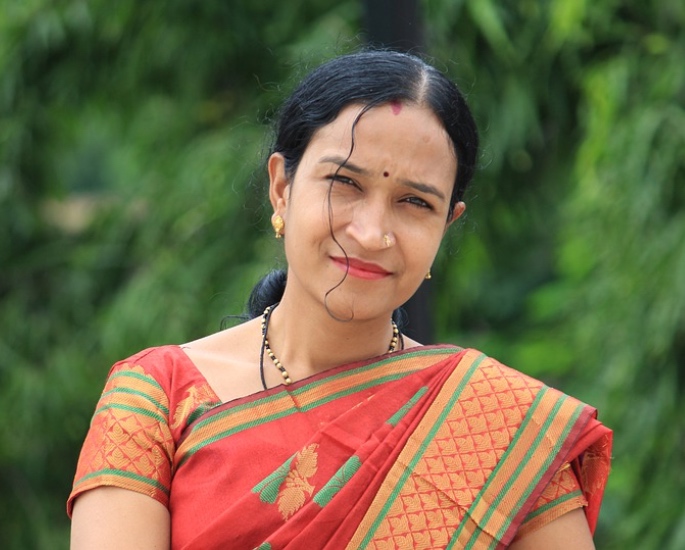 Several studies have found that the main factor preventing Indian women from exercising is a cultural tradition.

Feminists all over the world are questioning the deep-rooted cultural belief that Indian women should prioritise their domestic duties.

Traditionally, Indian women are expected to focus on their home and family. This cultural norm leaves no room for exercise.

A study in The International Journal of Behavioral Nutrition and Physical Activity concluded its findings with a shocking statement:

“South Asian women, as well as their families and communities, would view taking time out to participate in physical activity as a selfish act.”

Other women revealed that while they wanted to participate in exercise, they were worried about the stigma that might come from others in the family and the wider community.

Instead of viewing exercise as a selfish act, Indian women are seeing it as an opportunity to take care of their own mental and physical health.

“Addressing these inequalities in physical activity levels between men and women will be critical to achieving global activity targets.

“It will require interventions to promote and improve women’s access to opportunities that are safe, affordable and culturally acceptable,” said Fiona Bull from WHO. 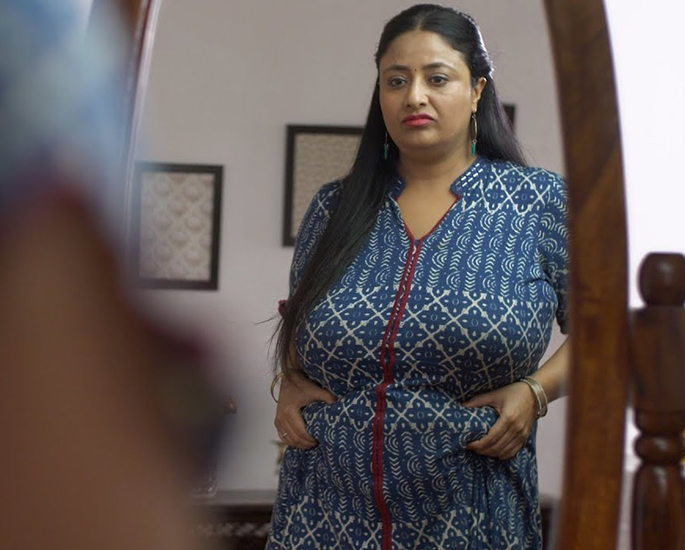 Body image can also be a common barrier to physical activity.

Everyone gets anxious at times about how their body looks compared to others. The idea of public exercise can be intimidating for this very reason.

A recent survey revealed that a huge proportion of women avoid the gym because they fear being judged.

Out of 1,000 women, a staggering 65% said that they feared being judged on their appearance.

Female body image dissatisfaction is no longer a Western concept.

It affects Indian girls and women to a great extent. Images and videos of ‘perfect’ female bodies fill Bollywood, exposing Indian women to an impossible ideal.

Simran Takhi, a British Indian writer, reflects on her struggle to embody both South Asian and Western definitions of beauty.

“Being part of the South Asian diaspora puts me in a strange place,” she writes. “I do not seem to meet the engineered, ideal boxes of both the cultures I am exposed to.”

The cultural association between body size and beauty is so dangerous that it is stopping women from exercising.

Exercise’s mental health benefits are well-documented. Assertion, confidence, self-esteem; these are just some of its positive effects.

Avoiding physical activity can therefore trigger a vicious cycle, where women are increasingly unable to feel empowered and confident.

Lack of Awareness around Exercise 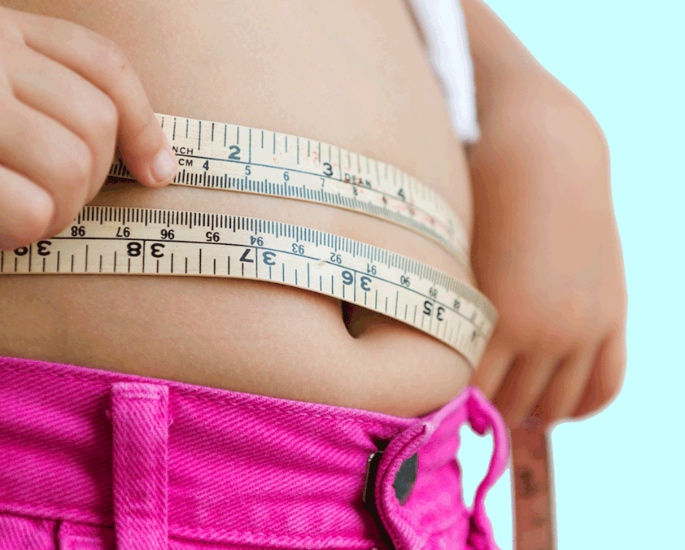 There is a huge lack of awareness in South Asian communities around the health benefits of exercise.

According to multiple investigations into public health beliefs, South Asian adults are considerably less educated about physical activity than other ethnic groups.

South Asian women in particular are disproportionately affected by chronic diseases. These include diabetes, obesity and heart disease.

Even so, they lack general awareness around how they can prevent and manage the disease through exercise.

Indian women are therefore less likely to consider exercise as a way to tackle health problems.

A study from the University of Nottingham set out to identify South Asian women’s perceptions of exercise.

While many Indian women know it’s important to stay active throughout the day, this translated to light physical activity rather than intense exercise.

For many Indian women, fitness is simply not a priority.

Many respondents cited feeling like they had insufficient guidance from health professionals.

“The doctors and the health advisors don’t give you the proper information,” one participant said. “It would help if we had people telling us how to do exercise.”

Sumita, a 56-year-old Indian woman, talks about her relationship with exercise.

“Before my yoga class, I didn’t know how important exercise was. It just wasn’t something I was brought up doing.”

With the increased risk of certain diseases in South Asian women, the lack of awareness around exercise can be a life-threatening issue. 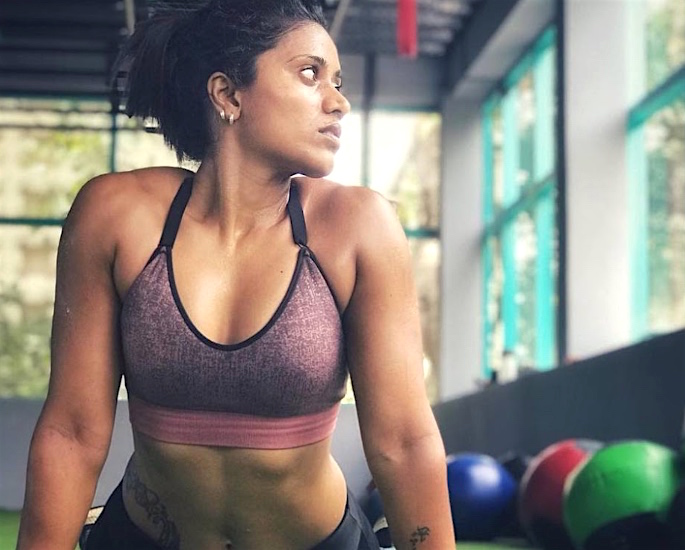 There is more than one barrier preventing Indian women from public exercise.

Luckily, times are changing. More and more people are recognising the importance of physical activity for everyone.

All genders, ages and ethnicities should have access to the right facilities and knowledge to make exercise a part of their lifestyle.

There are plenty of Indian women breaking these barriers.

Shweta Rathore is just one of these motivational women. At 28 years old she is the first Indian female bodybuilder to win a silver medal in the Asian championship.

Namrata Purohit is the youngest trained Stott Pilates instructor in the world.

She regularly encourages her followers to keep fit, healthy and happy.

With the rise of Instagram, Indian women are taking to social media to share their inspiring fitness journeys and promote body positivity.

There are also classes opening up all over the world designed exclusively for Indian women.

From Bollywood to Bhangra, Yoga to Zumba, Indian women can take part in sessions that boost their health and confidence.

Manjeet Mann is a British Indian actress, author, personal trainer and founder of Run the World. With her organisation, she encourages women to transform themselves through physical activity.

“The biggest change I see in my clients is confidence,” writes Manjeet.

Exercise can truly empower women to be stronger in both mind and body.

Indian women worldwide, as well as health scientists, are beginning to recognise this. They are now sowing the seeds for important lifestyle changes.

Indian women may experience more challenges than others. But the good news is that conversations around conquering these challenges are growing.

Aayushi is an English Literature graduate and published writer with a penchant for pithy metaphors. She enjoys reading and writing about the small joys in life: poetry, music, family and wellbeing. Her motto is 'Find joy in the ordinary.'
COVID-19 Impact on Hair and Beauty in Birmingham
Ganesh Acharya reveals 98kg Weight Loss Transformation