Rogue One is no 2015’s The Force Awakens, but it remains a promising and entertaining spin-off of one of the most beloved film franchises of all time.

"Just because you're not from an important family doesn't mean you can't make a difference."

Directed by Gareth Edwards and produced by Lucasfilms, Rogue One: A Star Wars Story is the latest spin-off film to join the Star Wars universe.

Rogue One takes place immediately before the events in Episode IV: A New Hope – the very first film in the franchise released back in 1977 to critical and commercial acclaim.

We meet Jyn Erso, a young girl forced to run and hide after the Empire kills her mother and takes her father away to complete his work on a mass destruction weapon – the Death Star.

Living in denial, Jyn eventually realises the Death Star is her father’s plan to destroy the tyrannical Empire once and for all.

She collaborates with a group of rebels – including an intelligence officer, a droid, a pilot and two warriors – to steal the Death Star plans and transmit them to the Rebel Alliance. 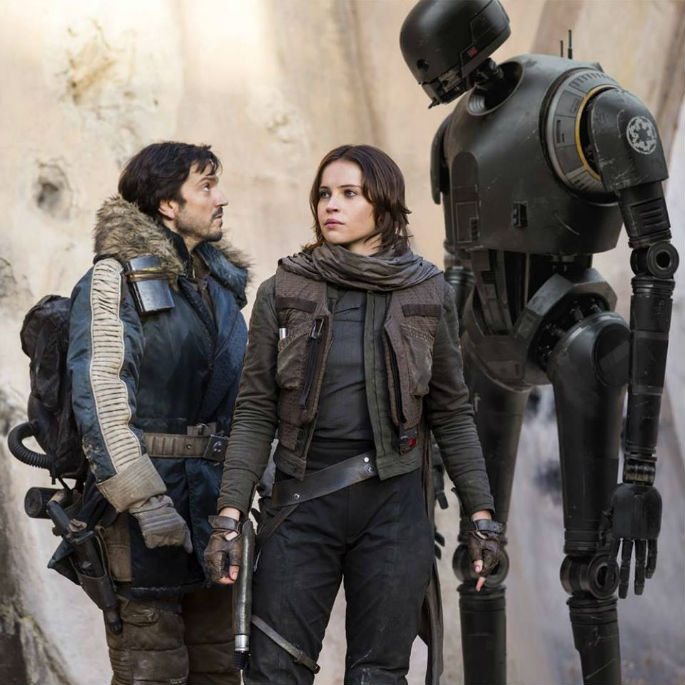 The film’s ending nicely links up with A New Hope, where Princess Leia attempts to lead the Alliance to fight the Empire before she is held captive.

Slashfilm comments that Rogue One does more than filling in the gaps in the Star Wars saga. It ‘makes A New Hope a better movie, explaining away some possible flaws and adding to the character motivations’.

Undeniably, it adds an important piece to the puzzle and continues to sustain the fandom revived by The Force Awakens (2015).

But it most notably contributes to the diversity debate surrounding the franchise, and puts to shame those who started the race row over casting British Nigerian actor John Boyega as Stormtrooper in the 2015 film.

Unlike many Hollywood blockbusters, Rogue One is largely carried by a strong female lead, namely Felicity Jones, who delivers a superb performance as Jyn.

She transforms from a victim of her father’s relationship with the Empire, to an unlikely heroine who finds an alliance through her determination to rise up against an evil ruler.

34-year-old British Asian actor Riz Ahmed plays Bodhi Rook, a pilot who escapes the Empire and delivers an important message for Jyn’s father that is set to change the course of everyone’s lives in the galaxy. 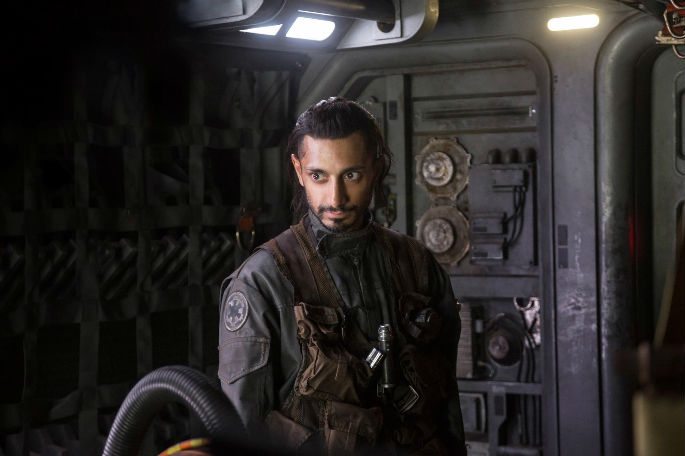 Bodhi’s back story, like many characters that Riz has played over the years, is simple and relatable yet powerful.

He tells Harper’s Bazaar: “He realises just because you’re not from an important family, like the Skywalkers or something, doesn’t mean you can’t make a difference, so that’s what he does.

“He decides to stand up for what he believes in. The name ‘Bodhi’ means awakening, so he has this realisation: ‘Okay what am I doing and what could I be doing?’”

Thus, his will to fight for something bigger unites Bodhi with Cassian Andor (played by Diego Luna) and Chirrut Îmwe (Donnie Yen), and Baze Malbus (Jiang Wen).

Though he may be without their combat skills or strategic foresight, Bodhi displays a believable sense of fearlessness – an obvious contrast to the helpless pilot captured at the start of the film – once he understands what is at stake. 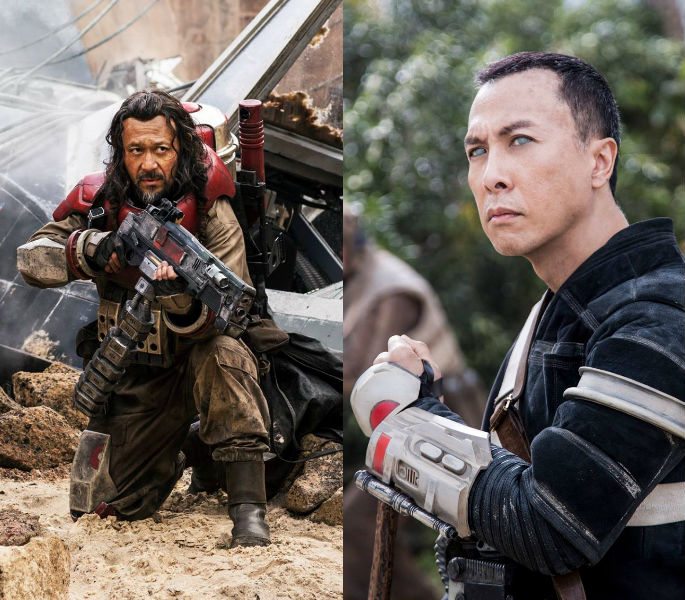 Aside from empowering an ethnically diverse cast, the success of Rogue One depends as much on the chemistry from the new characters as it does on its subtle references to the original Star Wars.

Some critics have noted the lack of drama and exchange among the rebels, which would have strengthened their alliance and connection with the audience.

However, Edwards’ efforts to pay homage to George Lucas’ iconic creations – from the opening credit and the blue milk to the costumes and an inspiring soundtrack by Michael Giacchino – whilst incorporating a vast range of new elements should be applauded. 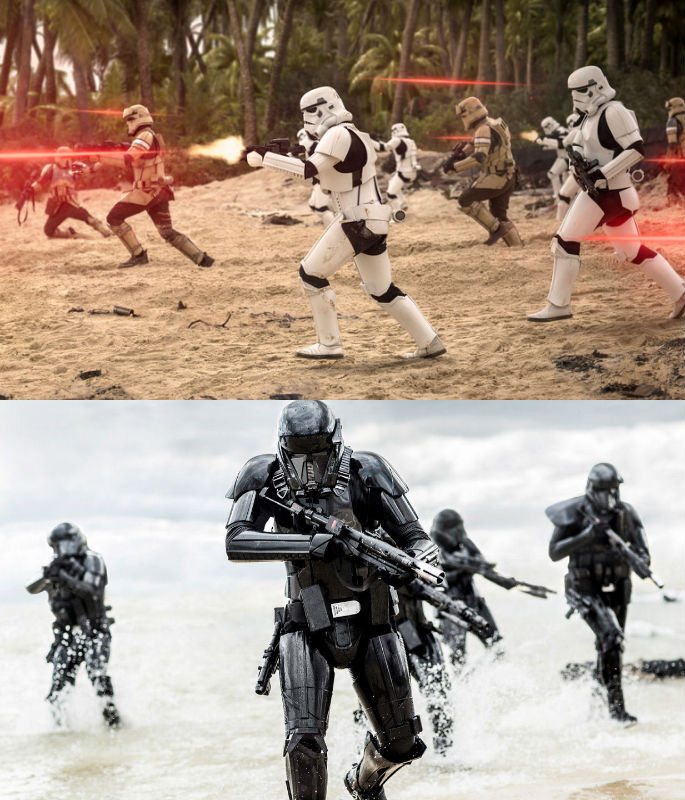 The visual effects are outstanding. Industrial Light & Magic has staged some of the most spectacular space battles ever seen on the silver screen and revived beloved characters from the 1970s instalments.

Needless to say, Darth Vader’s three appearances alone are worth your ticket price. 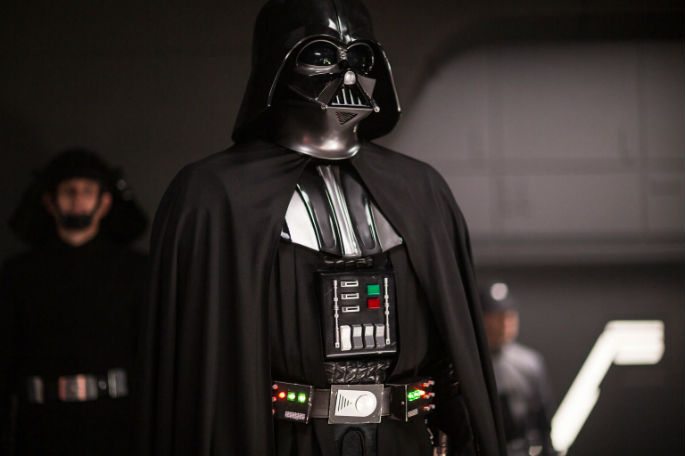 Rogue One: A Star Wars Story stays true to the style and spirit of the main saga, and faithfully honours what we love about the galaxy far far away.

Avid fans or not, it is highly enjoyable and does not need Han Solo to instill just as much nostalgia.