What if Bollywood did Star Wars?

With Episode VII – The Force Awakens on the horizon, DESIblitz imagines the Bollywood version of Star Wars. Find out which B-town stars would play these iconic characters.

he could perfectly portray the young and gifted, but ultimately angry Anakin Skywalker

The Star Wars franchise is truly a global phenomenon.

With dedicated fan followings across the globe, most of us will be familiar with the sci-fi and explosive Hollywood blockbusters of the last 38 years.

But what if Bollywood had a go at recreating this epic fantasy? Maybe even with some funky, space-inspired musical dance numbers too!

We’ve put on our thinking caps and narrowed down some iconic Star Wars characters that would be perfectly portrayed by these Bollywood stars. 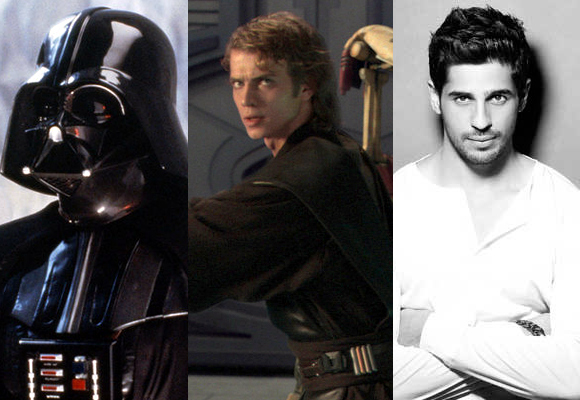 Chocolate boy of Bollywood, Sidharth Malhotra has already proved there is a lot more to him than his model good looks.

The baby faced actor who debuted with Student of the Year has become one of the new generation heroes that fans adore.

His latest venture, Brothers, alongside Akshay Kumar, has unveiled a grittier side to this star.

With a complex and troubled character, we believe he could perfectly portray the young and gifted, but ultimately angry Anakin Skywalker who becomes seduced by the dark side of the Force. 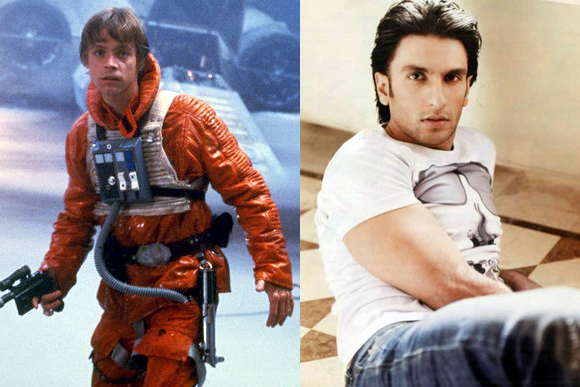 Ranveer has quickly developed the reputation of Bollywood’s rogue and cheeky star.

As Luke, he would brilliantly play the hero and greatest Jedi of the Galaxy, without falling to the dark side.

Even with the evil (and now older) Darth Vader as his biological father, farm boy Ranveer would ultimately end the tyranny of the Sith, and look sexy as hell while doing it! 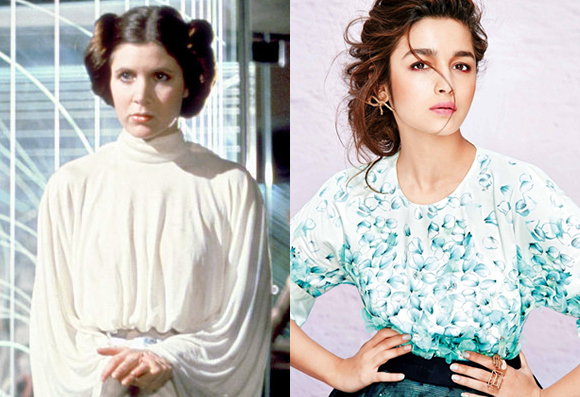 The outspoken princess of Bollywood, Alia Bhatt certainly fits the remit of the feisty Leia Organa.

Sister to Luke and love interest of Hans Solo, she is a fearless leader determined to end the tyranny of the Empire.

A stout feminist at heart, Princes Leia is one of Hollywood’s most adored female characters, and we’re pretty certain that Alia can do Carrie Fisher’s character justice! 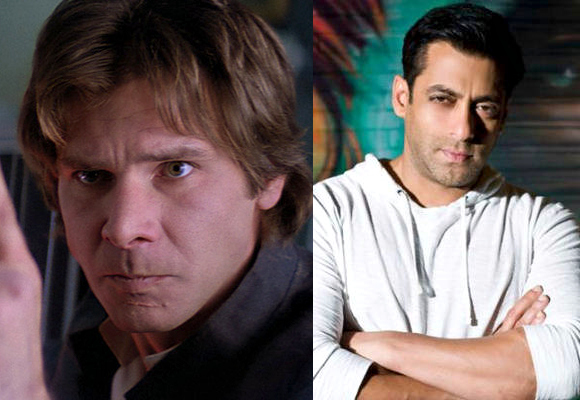 A loveable scoundrel, Han Solo is the love interest of Princess Leia and led the fight against the Empire as leader of the Rebel Alliance.

Salman is the undisputed cool dude of Bollywood. With roles in Ek Tha Tiger and Dabangg, Salman would be perfect playing Harrison Ford’s iconic character. 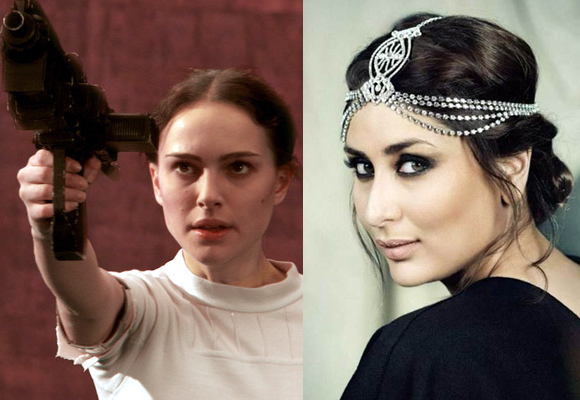 A Queen with high morals, Padmé Amidala is the courageous Senator of Naboo.

With brilliant performances in the likes of Chameli, Jab We Met and Heroine, Kareena Kapoor has already proved she is both brains and beauty.

Sadly though despite her peace loving nature as Natalie Portman’s character, it’s her forbidden marriage to Anakin that forecasts the downfall of the Galaxy. 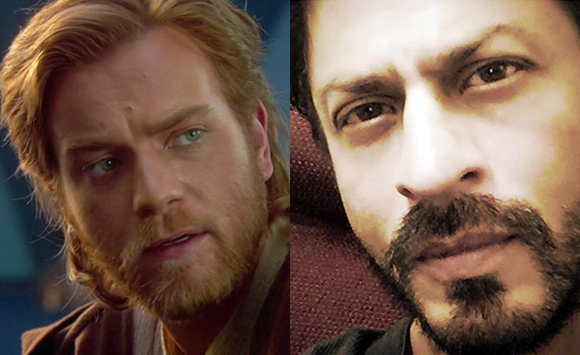 Mentor, guide and ultimate King of Bollywood, Shahrukh would be a brilliant Obi-Wan Kenobi.

Shahrukh has already proved himself as a dramatic action hero in films like Ra.One and Don.

Playing a legendary Jedi Master, both noble and gifted, SRK would save young Anakin from his life as a slave and teach him all he needs to become the best Jedi fighter in all the Galaxy. 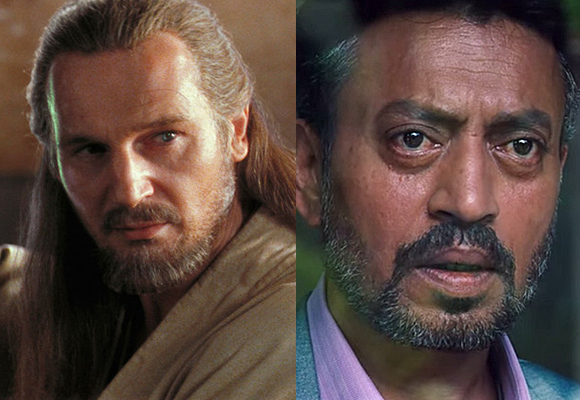 Alongside SRK in his mentoring of young Anakin is Irrfan Khan as the maverick, Qui-Gon Jinn. Irrfan is already a well-known star in Hollywood.

As the philosophical and eternally wise Jedi Master, Qui-Gon Jinn, Irrfan would be the one who first discovers young Anakin and believes him to be the Chosen One.

Believing in the boy’s extraordinary potential, he convinces the Jedi Council to train him as a Jedi, which they grant as a respect to his dying wish. 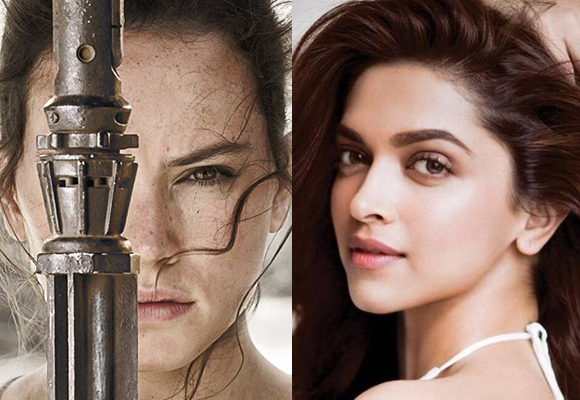 Rey is a bolshy feminist who takes the lead in the latest Star Wars blockbuster, The Force Awakens.

Playing a resilient survivor on the desert world of Jakku, Deepika is a perfect Bollywood version.

Dips has already proved her Midas touch in turning every film into box office gold. She’d brilliantly portray a tough warrior who won’t take any grief from anyone. 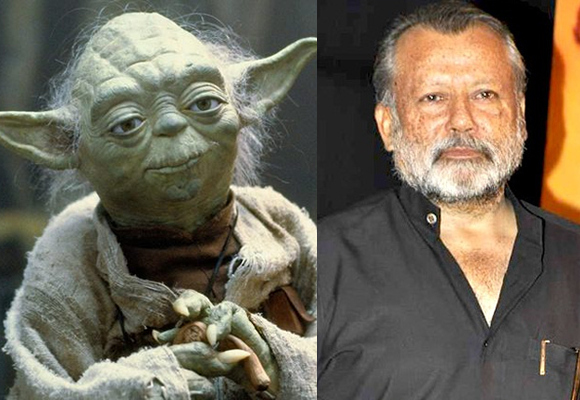 Pint sized Yoda is all wise and powerful. The veteran Pankaj Kapur would be a perfect Bollywood substitute.

Starting off his career in theatre, the actor later went on to film and TV, and even starred in Richard Attenborough’s Gandhi.

We think he could do the wise and iconic Yoda justice, confirming that those with small statures have the biggest hearts. 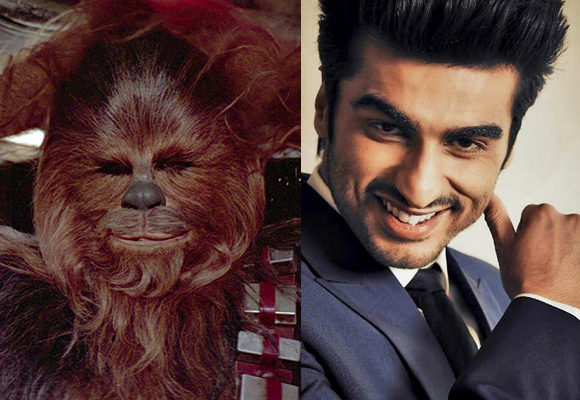 We are sure that funny-man Arjun Kapoor would love to branch out with his acting and take on the loveable character of Chewbacca.

Gentle, hairy, and a loyal friend of Han Solo, Chewbacca is a fan hero in his own right, and is largely considered as one of the best sidekicks in Hollywood cinema. 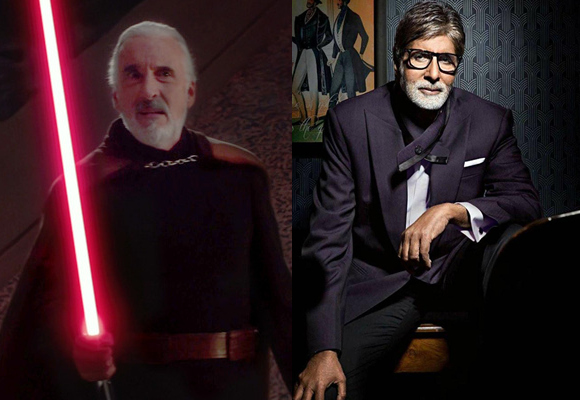 The legendary Christopher Lee made Count Dooku his own. The Jedi who became a menacing Sith Lord, succumbed to the evil of the Force, only to be later betrayed by Darth Sidious.

Veteran actor, Amitabh Bachchan would be the perfect actor to do Lee’s character justice. 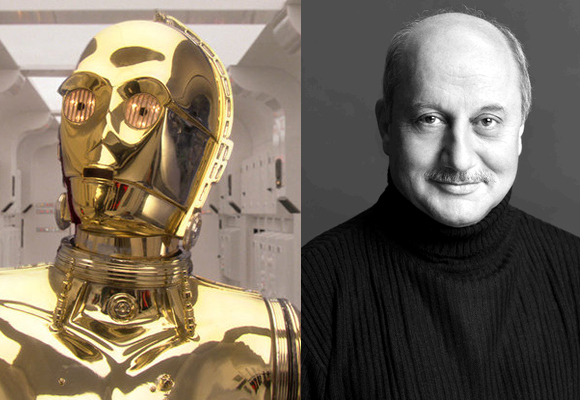 The humanoid robot, C-3PO is a well-loved character of the Star Wars franchise. Created to serve human beings, the fussy and well-mannered C-3PO brings the comedy alongside his trusty counterpart, R2-D2.

Anupam Kher, the lovable father figure of Bollywood with a tendency for lastick humour, would make a great C-3PO, and have audiences rolling around in their seats with laughter. 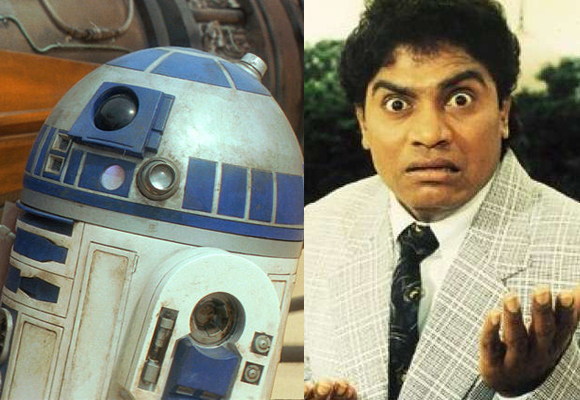 From one funny-man to another, C-3PO’s companion R2-D2 can only be Bollywood’s Johnny Lever.

Serving Padmé Amidala, Anakin Skywalker and Luke Skywalker, R2-D2 is a resourceful droid, who loves mocking C-3PO, and playing jokes on him. 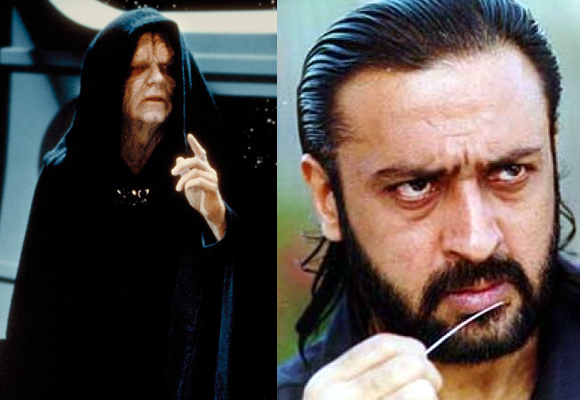 Darth Sidious is the ultimate villain of Star Wars and is responsible for destroying Jedi Order.

Against all forms of good, bad-man Gulshan Grover is a perfectly menacing Bollywood version, who can evoke fear and tyranny in all who dare to disobey him. 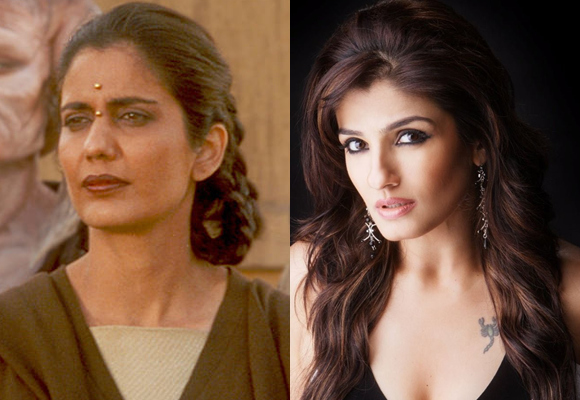 Every big sci-flick always needs a few more kickass female action heroes. Described as a Chalactan Jedi, Depa Billaba, is a master Jedi who also served on the Jedi Council.

Bringing an exotic mix to Star Wars, Raveena Tandon would be a fantastic Bollywood substitute, epitomising beauty, grace and a fierce feminine ambition.

So, there you have it, the ultimate Bollywood cast of Star Wars.

With so much star talent battling it out to restore order and good to the galaxy, we’re certain this Desi version will be an undoubtable hit!