The Desi American conductor brought surreal hype and ecstasy to the surprise concert.

Marvel and DC (and their superheroes armed with bulging biceps and good looks) have dominated San Diego Comic-Con every year, for as long as we can remember.

But this year, all eyes turn to LucasFilm and the Star Wars: The Force Awakens panel.

And believe it or not, a Desi American was responsible for taking the event to a new high!

Sameer Patel was the conductor of a surprise Star Wars fan concert on July 10, 2015.

At the end of the press conference, director J.J. Abrams cued: “Who wants to go see a live ‘Star Wars’ concert right now?

As the Stormtroopers guided over 7,000 fans and journalists to the outdoor concert, Sameer led the orchestra to perform a compilation of the film franchise’s iconic tunes. 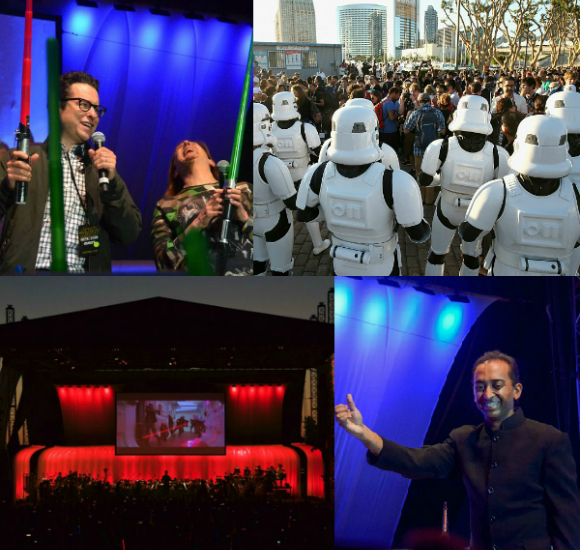 His orchestra filled the park with John Williams’ masterpieces adored by Star Wars fans, while movie clips were shown on three big screens to ignite nostalgia.

Everyone was waving lightsabers to the hypnotising music. The concert ended on a crescendo on stage and in the sky, when the fireworks burst with passion and colour.

The performance was extremely well-received by fans and the media, and Sameer almost stole the limelight from Han Solo (aka Harrison Ford)!

“Nothing reminds fans how good that theme song is like hearing it played by a full orchestra.”

The Verge wrote: “Extraordinary care was made to make the concert an event worth being at, and deference was paid to what makes the series great.”

Sameer was appointed by the San Diego Symphony on June 9, 2015. Prior to this, he was Associate Conductor for the Fort Wayne Philharmonic for three seasons.

The trained pianist pursued conducting at undergraduate and postgraduate level at the University of Michigan. 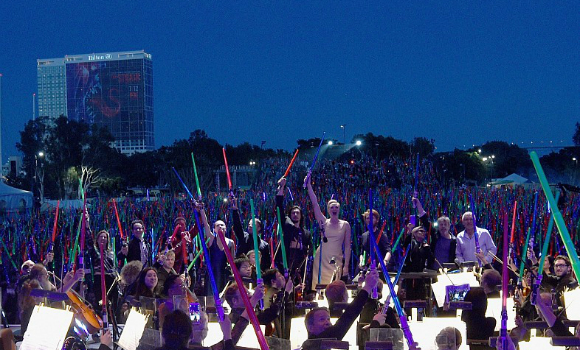 Besides conducting orchestras across America, he also learned from the maestros in Europe as part of his Felix Mendelssohn-Bartholdy Scholar award.

His Comic-Con gig was his debut since taking up his new role in June. The positive reviews will no doubt continue to boost his resume!

Keen to promote music to young people, Sameer will be seen performing at the Family Festival series, Young People’s Concerts and many others throughout the season. 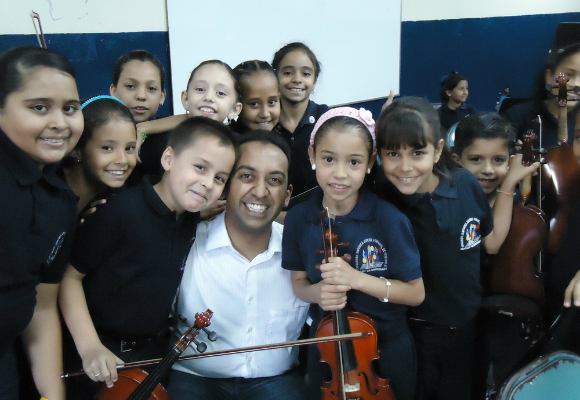 He says: “One of San Diego’s crown jewels is its world-class orchestra, which is at the heart of the city’s vibrant cultural life.”

“I am excited to connect with our audience, and I am looking forward to working closely with Maestro Ling, the musicians, the staff and the orchestra’s many supporters.”

Comic-Con 2015 enjoyed another year of success. A stream of stunning promotional trailers – from Suicide Squad (2015) to Call of Duty: Black Ops III (Shadows of Evil) – and armies of cosplayers fought for centre stage.