Zayn Malik Reunites with One Direction?

Is Zayn Malik making a U-turn to reunite with his buddies in the wildly popular boyband One Direction, just days after dumping Naughty Boy?

“Zayn was at the studio last night with another band member.”

On July 23, One Direction will be celebrating their fourth anniversary, and their first without Zayn Malik.

At just seven days away, rumour has it the boys could be spending the special day as a five piece!

It all kicked off on July 15, when a number of Twitter users were raving over spotting Zayn and his former bandmates in a studio in Los Angeles.

Many fans went into triple shock, as this came after Harry Styles received death threats from Twitter trolls and Louis Tomlinson is allegedly becoming a father.

One fan expressed the madness best in this tweet:

“Harry death threats. Louis becoming a dad. Zayn spotted with the boys in the recording studio. *deactivates and hides under duvet*!!!” 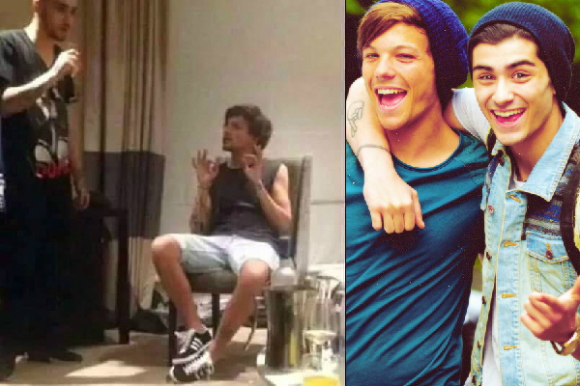 It all got very real when a fan account, ‘Zayn Updates’, announced: “Zayn was at the studio last night with another band member.”

As fans pressed for more, the fan account reported Louis, Niall Horan and Liam Payne were at the studio, except for Harry.

Proof of the One Direction reunion seemed to be on the way as ‘Zayn Updates’ stated:

.@WonderLys @EuphoricLJPayne pics are forbidden at the moment but we will get them eventually after times have passed.

Then, a photo of Zayn and Louis began to circulate. It is not clear where or when it was snapped, but the two hotties were definitely in a room of some sort.

Last seen in short black hair (finally back to black!) with just the right amount of stubble, we can just about make this out in the photo that failed to capture his full head.

Seeing as Zayn has just ‘dumped’ Naughty Boy whom he defended against Louis in early May 2015, it certainly looks like the two have mended their rocky relationship.

According to Hollywood Life, the ex-One Direction member even congratulated Louis on becoming a father in ‘a really open, honest, and emotional letter’.

“Zayn told him what a great father he thought Louis would be and how proud he was of his friend.”

“The baby news has also helped reunite Louis and Zayn. They had been so close only to be pulled apart during all the Naughty Boy BS.

“But Zayn still thinks of Louis as a brother and the fact that he’s going to be a father really had a profound effect on him.”

But more importantly, Zayn is reportedly reaching out to the boys and leaving his ugly episode with Naughty behind.

Many hope this can only mean his long-awaited return to the hottest boyband on the planet. 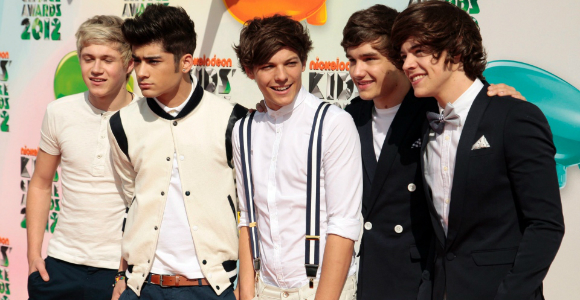 Since leaving 1D almost four months ago, his diehard fans have been trying to ‘resurrect’ Zayn in 1D by regularly trending him on Twitter, but to no avail.

It’s hard to figure out what he is up to – acting and launching fashion line are only a few speculative career choices for the chiselled young star.

Let’s not forget he is engaged to Little Mix’s Perrie Edwards…still (he proposed in 2013). Perhaps now is the time for some new direction?

Images courtesy of GQ and AP