Zayn Malik hits out at Naughty Boy on Twitter?

"You fat joke stop pretending we're friends no one knows you."

The life of Zayn Malik is becoming more drama-filled day by day.

The latest scandal is that everyone’s favourite British Asian music duo may no longer be the best of pals.

In an unanticipated move, music heartthrob Zayn Malik has turned his back on his music producer friend, Naughty Boy, following an abusive tweet on July 13, 2015.

@NaughtyBoyMusic you fat joke stop pretending we're friends no one knows you .

Many have speculated over the cause of this unexpected tweet, where Zayn appears to have severed ties with his close friend.

Most have linked the fall out to another leaked video featuring Zayn singing without his One Direction bandmates.

The track ‘No Type’ by Krept and Konan, which features Zayn, was uploaded a few days prior to the infamous spat.

Sneak Preview of Zayn in the official 'No Type' cover video! (via @Radio1Direction) pic.twitter.com/IOFI4gsJi8

In an interview, Konan revealed that the song was made while Zayn was still in One Direction:

“We’ve done a little cover with [Malik] and we shot a video but it just didn’t end up coming out because it didn’t get finished.

“After that we heard the news about [Malik quitting One Direction]. But it was a while before though, it was just a muck around thing. It wasn’t really nothing too serious,” he said.

Zayn later tweeted: “Someone learned how to upload a video… maybe now he should learn how to use logic ha you ain’t sh** but a faker,” further fuelling speculation that Naughty may have been behind the leaked video, yet again. 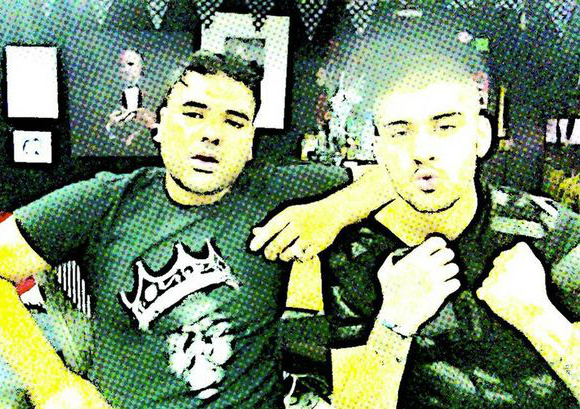 While Naughty has not directly responded to the tweet, his Twitter timeline is awash with cryptic messages that may or may not allude to Zayn and their spectacular fall out.

On July 8 he tweeted out: “Some people aren’t as smart as their salaries #justsayin.” A few days later on July 10, he tweeted: “Shame on you for changing.”

Finally, in the early hours of July 12, Naughty said: “This “music” business teaches you the tricks but never the truth. you know who you are.”

this "music" business teaches you the tricks but never the truth . you know who you are.

Naughty also added: “Don’t feed the hand that bites you.” Zayn broke his silence a day later on July 13, hurling his abusive tweet directly at Naughty.

The pair have also stopped following each other on Twitter. Naughty has even removed most traces of Zayn and their friendship from his timeline.

Zayn is currently thought to be working on a solo album in Los Angeles. Reports suggest that the Zaughty breakup may also be due to Zayn looking for new management to launch his solo singing career.

A source told the Mirror: “Until now, things have been a bit up in the air and a lot of the public information about Zayn’s career has come from Naughty Boy chatting about it.

“But Zayn has decided now is the time to get serious…[don’t] want anybody around who is too much of a livewire or keeps gossiping.” 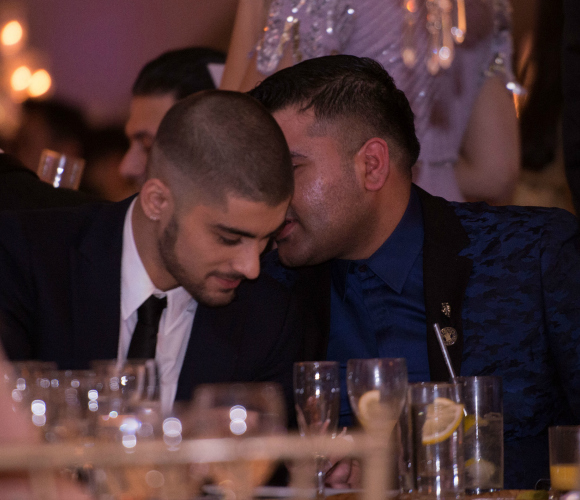 Until now, the bond between the two has been pretty unbreakable. Following his departure from the successful pop band, One Direction, Zayn was taken under Naughty’s wing and the two were inseparable for many months.

Zayn even defended Naughty against his own ex-bandmate Louis Tomlinson who was notably bitter about the pair’s close friendship.

Zayn tweeted at Louis: “Remember when you had a life and stopped making bitchy comments about mine?”

As well as Naughty helping Zayn with his solo music, it was alleged that the pair would even turn their fan-created nickname ‘Zaughty’ into a fashion brand.

But all now seems to be a distant dream, as Zayn has opted to go it alone, turning his back on both his bandmates and his music producer friend.

But not all are sad about the ‘bro’ breakup. Incredibly, the hashtag #ZAYNHASNOCHILL has been tweeted out over 2 million times.

Directioners have been rejoicing over the end of ‘Zaughty’, with a mixture of hilarious memes.

Some ‘Zaughty haters’ are now hoping that Zayn will now reunite with Louis again, sparking new hashtags, #Zouis and #ZaughtyIsDead.

YOU KNOW YOU'RE IN THE RIGHT FANDOM WHEN #ZAYNHASNOCHILL pic.twitter.com/TzS4M0v78e

While some are still hopeful that the tweets are a prank, or that Zayn’s Twitter may have been hacked, many have conceded that it really is Zayn speaking his mind.

Though quiet and reserved in real life, Zayn has a habit of unleashing his wrath on his music foes.

As well as lashing out at Louis, the 22-year-old also engaged in a famous Twitter feud with The Wanted’s Max George, with Zayn calling the star ‘chlamydia boy’.

With what might have been a pretty special alliance for the British Asian music scene, could it be officially over for Zayn and Naughty and their ‘Zaughty’ bromance?

We doubt either one of the British Asian stars will be in a forgiving mood any time soon. #RIPZaughty.