“Oh, is this turning into a Zayn conversation?”

British Asian music producer Naughty Boy has opened up about former friend and colleague, pop star Zayn Malik and his debut solo album, Mind of Mine.

Naughty Boy, whose real name is Shahid Khan, appeared on Preeya Kalidas’ BBC Asian Network show on April 2, 2016 to talk about the BBC’s upcoming Asian Network Live event at Eventim Apollo Hammersmith, where he will be performing a special set with Bollywood playback singer, Kanika Kapoor and Preeya.

This is the first time the hit making music producer has spoken openly to media about Zayn Malik ever since his very public spat with the singer in July 2015.

In the interview, actress and radio presenter Preeya brought up the subject of new music that had been recently released, and in particular, Zayn’s new album, Mind of Mine. 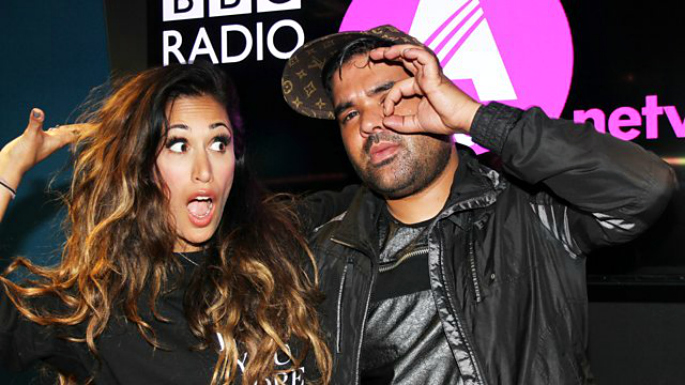 Preeya asked Naughty Boy whether had heard the album. Khan responded by saying: “You know what, I haven’t. That’s not a bad thing because I’ve heard it’s really good.”

Encouraged by his positive response, Preeya further asked Khan whether he felt he had influenced the singer during the time they had spent working together at Khan’s London studio, where he heads his own production company, Naughty Boy Recordings.

Preeya also referenced Zayn’s first solo single, ‘Pillowtalk’, which was written by Zayn, Anthony Hannides, Michael Hannides, Levi Lennox, and Joe Garrett. It was produced by Lennox, and the Hannides brothers, who go under their stage name MakeYouKnowLove, and are signed to Naughty Boy’s publishing company.

Khan said: “Yeah, Hannides wrote it. I signed the Hannides [brothers], they’re like part of my publishing company… but to be honest… I think it’s more testament to him that he’s gone away and made, finished the album and done other stuff and it’s not about my involvement or anything. 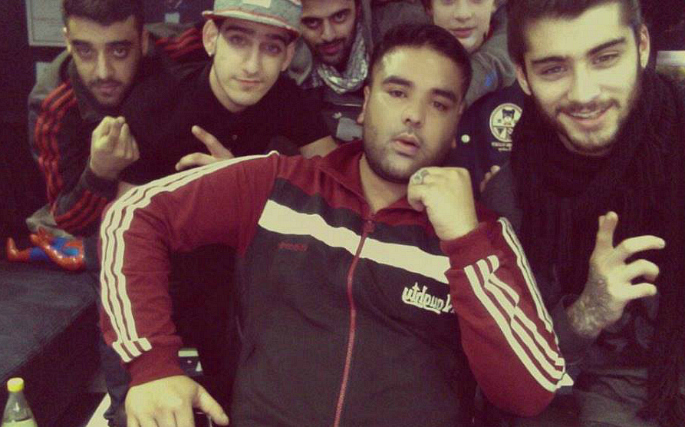 “It’s more about him being the artist that he wants to be and I feel like he’s in that place, so good luck.”

The BBC radio presenter pushed the music star even further, candidly asking him: “Do you rate him [Zayn] as an artist, though?”

Naughty Boy said: “Oh definitely, in terms of a voice, yeah he’s got an incredible voice and he is talented so you can’t really, can’t knock that at all.”

With the line of questioning continuing on Zayn, Naughty Boy interrupted Preeya’s next question, asking her: “Oh, is this turning into a Zayn conversation?”

The radio presenter replied: “No, it’s about music.” Preeya then broadened her questions to the positive impact of mainstream artists like Zayn on the British Asian music scene:

“I definitely think because it’s not the conventional pop records that, you know, maybe bringing back slow jams and RnB, and I think that’s good,” Khan said. 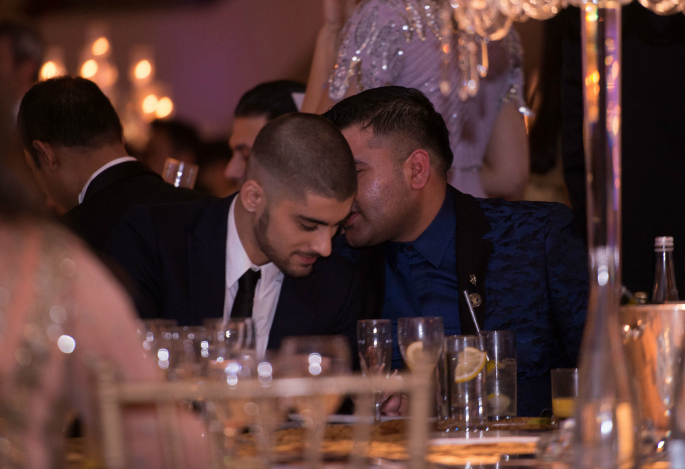 “Cause a lot of Asian artists, that is where they kind of like direct themselves to and I think it’s gonna, hopefully shine a light on that and make it easier for other artists.

“But I do think, there still has to be class with it, you have to be quality, you can’t just assume because Zayn’s doing so well that it’s that easy. You still have to like raise your bar.”

“That’s one thing I always get asked about – how can Asian artists, how can we get there? And I don’t have the answer, the only answer is talent and hard work.”

The series of tweets alluding to his ex-friend emerged after a Zayn superfan asked the popstar which was the first song he wrote on his new album. Zayn responded with ‘Pilliowtalk’.

Naughty Boy, unable to keep his silence, responded with a ‘LOL’ and tag for the Hannides brothers under their handle, @MakeYouKnowLove, suggesting that Zayn was unjustly taking sole credit for the song.

Khan then tweeted out a reference to another song from Zayn’s album, ‘Like I Would’, hinting that he might have had a hand in the original. 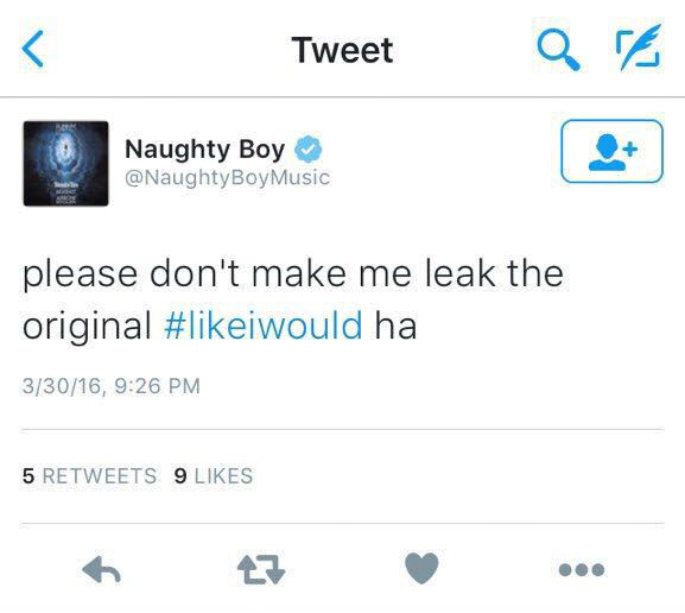 The tweet sparked interest from fans and entertainment channels alike.

Even Hollywood entertainment reporter Perez Hilton commented on the tweets, tagging Zayn, only for Naughty to respond by saying: “Nahhhh sorry wrong guy..”

But with increasing interest on Twitter, Naughty Boy then felt compelled to clarify his position, tweeting:

this ain't about me.. its just about giving credit to @MakeYouKnowLove for writing an amazing song, thats all.. bless. have a great day.

Zayn Malik, who now goes under his stage name of Zayn, released his first solo album a full year after his departure from boy band One Direction. It has been met with considerable success, climbing straight to number 1 on the UK album chart.

The young artist knocked Adele off the top spot, selling 4,000 more copies. Speaking to the Official Charts Company, Zayn said: “I can’t believe that I have managed to achieve this as a solo artist.

“It’s mind-blowing to me. I don’t take the support I have received for granted. My life at 23 could have been very different.”

The album shows Zayn shedding his poster-boy manufactured pop star look to offer a raw and edgy sound that is more personal to him.

Dubbed as the Robbie Williams of 1D, the singer’s new album sees an influence of different musical genres, as Zayn experiments with hip-hop, RNB sounds, and even a little bit of reggae. 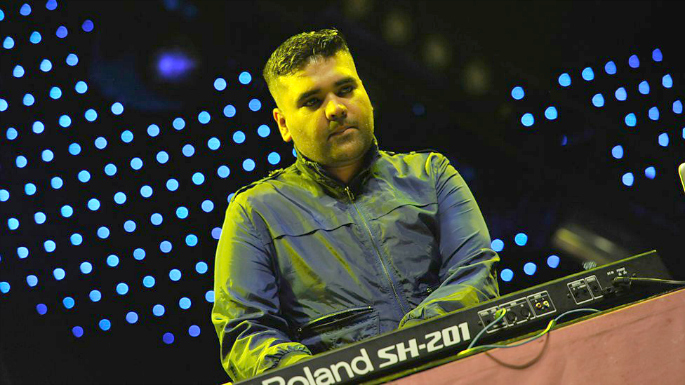 Naughty Boy is also working on a new album in 2016, which he told Preeya would release around Christmas time:

“I’m thinking about calling it Now That’s What I Call Naughty. I’m not joking … Do you know why, because, Hotel Cabana was like conceptual.

“I got the art out of my system, but this one is like, each songs a different genre and it is like a compilation album, so hopefully, if they let me, Now That’s What I Call Naughty. I don’t think there’s anything wrong with it, it just sounds a bit naughty.”

Before then, Naughty Boy will be performing at the BBC Asian Network Live event, which is on Saturday 30 April, 2016, at Eventim Apollo Hammersmith.

Tickets can be purchased from the Asian Network website. More information about the event can be found here.