The boys of One Direction sent their well wishes to Zayn Malik, who has exited the band’s World Tour in Asia to return home to deal with ‘stress’.

His fans would rather watch their parents have sex once than let Zayn Malik quit the group!

Keeping up with the drama of One Direction is not easy. First, it was leading man Harry Styles’ love affair. Then, the drug scandal came.

In the midst of all the split up rumours, Zayn Malik has walked out of the Asian leg of the band’s world tour on March 19, 2015.

Zayn has allegedly pulled out of a ‘scheduled Coca-Cola commercial shoot in Hong Kong’, the day after their concert in the city.

With only three more dates scheduled in Asia, Zayn was too stressed to continue and decided to exit the tour.

The band’s spokesperson said: “Zayn has signed off with stress and is flying back to the UK to recuperate. The band wish him well and will continue with their performances in Manila and Jakarta.” 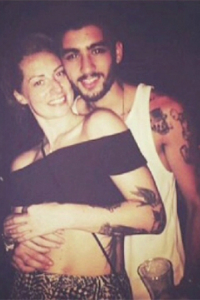 While many understand the pressure of international stardom, it is a head-scratcher for the media and millions of diehard fans as to why it has hit Zayn the hardest.

After his drug row, Zayn did not join the band to promote their new album on The Today Show in the US in November 2014. This immediately sparked rumours that he was using drugs again.

Since then, Zayn has never looked more quiet and withdrawn in public appearances with One Direction.

Most recently during their world tour in Asia, Zayn has been the centre of tabloid speculation, after he posed intimately with a blonde girl in a photo taken in Thailand.

I'm 22 years old… I love a girl named Perrie Edwards. And there's a lot of jealous fucks in this world I'm sorry for what it looks like x

But bad news does not stop there for the 22-year-old singer. Ahead of their show in the Philippines, Zayn and fellow bandmate Louis have been instructed to post bonds worth US$5,000 (£3,300) each.

Apparently, a local anti-drugs campaign group has asked the immigration bureau to take action, after a leaked video showed Zayn and Louis appearing to smoke cannabis while on tour in Peru in 2014.

Elaine Tan, a spokesperson for the bureau, said:

“[It is] intended to protect the public interest should the band members commit any violation during their stay in the Philippines.”

If the singers are found to be using or promoting illegal drugs in the Philippines, they will ‘immediately forfeit the bond’.

Despite all this, Zayn’s fans are hopelessly devoted to him. A recent poll found out of 26,000 One Direction fans, 56 per cent would ‘choose to watch their parents have sex once rather than let Zayn Malik quit the group’!

But the love is hardly felt across the board now that Zayn will not perform for his fans in the Philippines and Indonesia, who have been waiting to meet their idols for five long years.

THEY DONT KNOW ABOUT US!! WE'VE WAITED FOR 5 YEARS! I HATE TO BE INDONESIAN. THEY NEVER THINK TWICE #saveonedirection @onedirection

Others are simply bemused by his lack of work ethics:

if zayn malik can quit his world tour because of stress then can i quit education?

One Direction is currently on tour in Asia as part of their ‘On The Road Again Tour 2015’. They kicked off in Australia in early February 2015 and moved on to Japan, Singapore and Thailand. 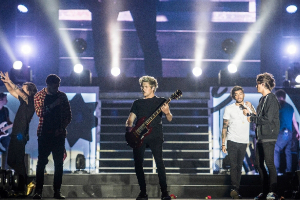 The night before Zayn’s exit from the world tour, the sensational boyband performed for the very first time at the AsiaWorld-Expo in Hong Kong.

Although they landed just four hours before the show, One Direction was full of charisma and did not disappoint.

The handsome five melted the predominantly female audience with a stunning 25 love songs in the nearly 2-hour long show. Harry even greeted the fans in Mandarin and invited everyone to sing ‘Happy Birthday’ to a lucky fan named Natasha!

One Direction will perform as a quartet in the final legs of their tour in Asia. They hope to reunite with Zayn on stage in South Africa at the end of March.