Welcoming colour, music and delicious food, Shaanti returns with their very special Holi Rave. For 2015 they have also teamed up with Taste and Liquor to launch the Indian Street Food Feast-IVAL in Birmingham.

"[Shaanti are] unique and you know they're going to put on an incredible event."

Here for one day only, the Feast-IVAL celebrates the beginning of Spring with a special celebration of Holi, the festival of colours!

The day will see amusements for all the family and non-stop live entertainment from some of the most talented artists, musicians and dancers around.

Award-winning organisers of Holi Rave, Shaanti have hosted some of the biggest live musical events across Europe. 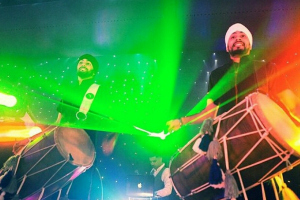 The team have brought the likes of Nitin Sawhney, Talvin Singh, Wiley, Midival Punditz (India), Fun-Da-Mental and Asian Dub Foundation to music fans across the UK.

They have also successfully introduced new and underground artists to the scene with their month-long Eastern Electronic Festival in Birmingham.

Acts confirmed for the Holi Feast-IVAL include: My Panda Shall Fry, Sinbad Phgura from the Twilight Players, Surinder Rattan, Swami, SKA from Shaanti/Eastern Electronic Festival, and Prithpal Rajput.

My Panda Shall Fry have made incredible appearances on Vice, Rinse FM and the Boiler Room, and have performed at numerous festivals including BBC Hackney Weekender, Outlook Croatia and Glade.

UK dancers, Sinbad Phgura from the Twilight Players, will also light up the stage. The popular group have worked with the likes of Madonna and Wyclef Jean and have performed all around the world. 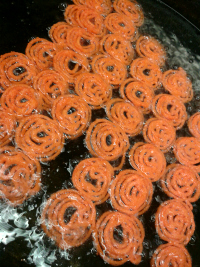 Bhangra music producer and extraordinaire, Surinder Rattan will also take to the stage and give audiences a glimpse into some new music with Birmingham based MC Cheshire Cat.

Having released their latest track, award-winning group Swami will also take to the stage with a spectacular performance. They have transformed the underground music scene, and are frequently dubbed as ‘one of the UK’s most dynamic and accomplished bands of recent times’.

Appearing alongside Swami, is one of Shaanti/Eastern Electronic Festival’s hottest new artists and producers, SKA. Having released her ‘Do It Again’ remix with Swami, SKA will performing an eclectic set of electronic sounds with some new music to boot.

Finally, Prithpal Rajput, founder of the Ministry of Dhol will also take to the stage. Rajput has recently toured the world with the Asian Dub Foundation and Punjabi music fans can expect a fusion of modern beats mixed with traditional Bhangra roots.

Also joining the artists, producers and dancers are our very own DJ’s Boy Chana, Amit Doc, and They Call Me Jack, who will keep the music flowing throughout the day. 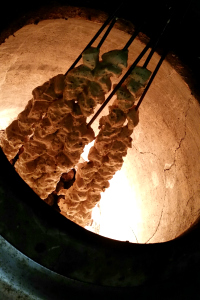 Guests can expect to be blown away by the day’s entertainment which will see Dhol players, colour-throwing, glitter bombs, face-painting, henna tattoos, a fancy dress competition, and so much more.

Alongside Shaanti’s Holi Rave will be a tantalising Indian Street Food Feast-IVAL, bringing the very best of Desi street food from around the Midlands. A mix of street food vendors, and pop-up stalls, the Feast-IVAL welcomes a new partnership with Taste and Liquor, a bespoke pop-up bar service.

Speaking about the Feast-IVAL, Manga Singh MD and Founder of Taste and Liquor Indian Street Food Feast-IVAL, says: “Shaanti is always exciting, because they offer a very tasteful selection of events.

“For us it’s an honour to launch with their second festival Holi Rave, they’re unique and you know they’re going to put on an incredible event.

“Combining their love for music with our love for food gives the public a great way to try lots of different world flavours and sounds without having to leave Birmingham.”

“Indian Street Food Feast-IVAL also provides an opportunity for start-ups and small businesses to get out there and give it a go, without any overheads, it’s important to support local chefs and produce.

“It’s an ideal setting to engage with new customers face to face and introducing new and exciting dishes from Bombay to Calcutta, from Lahore to Birmingham.”

The Holi Rave and Indian Street Food Feast-IVAL presented by Shaanti will take place on Saturday 21st March, 2015. It will be located at the brand new pop-up warehouse concept, Amusement 13 from 12 pm to 12 am.

For more details about the Holi Rave, visit their website or email music@shaanti.co.uk

Nazhat is an ambitious 'Desi' woman with interests in news and lifestyle. As a writer with a determined journalistic flair, she firmly believes in the motto "an investment in knowledge pays the best interest," by Benjamin Franklin.
Vikesh Champaneri storms into The Voice UK Final 12
Zayn Malik quits One Direction World Tour