Vikesh Champaneri, a British Asian singer from London, has emerged as one of the final 12 contestants through to the Live Show of The Voice UK.

“He’s timid, but he sings phenomenal. It takes freaking guts. I need that type of fighting power.”

After a fiery knockout round on The Voice UK, British Asian contestant Vikesh Champaneri stands among the final 12 at the next stage of the singing competition.

The 19-year-old singer was selected by his coach will.i.am after the Knockouts on March 14, 2015.

Vikesh, from London, took a chance on his song choice with a big number from the legendary James Brown – ‘It’s A Man’s Man’s Man’s World’.

But his bold decision paid off, as he delivered a stellar performance and won a standing ovation from all four coaches and the audience.

The James Brown classic is a hard one to tackle, even for professional singers. Yet, Vikesh, who has never sung professionally before, brought down the house with his amazing performance. 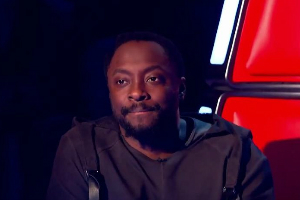 His coach and rapper of The Black Eyed Peas, will.i.am, compared Vikesh’s singing and potential to that of a wizard.

He said: “Because he comes across like a shy guy, and then out comes these freaking vocal engines. He’s timid, but he sings phenomenal. It takes freaking guts. I need that type of fighting power.”

Indeed, the reserved Vikesh turned into a powerful performer when belting out the soulful ‘It’s A Man’s Man’s Man’s World’. He sang with conviction and stunned with beautiful runs and falsetto. Gently but surely, Vikesh secured his place in the final 12.

YouTube user Noe Bordon applauded him for his heartfelt performance and commented: “That’s what I was talking about babe…good choice. You can feel the passion in this performance.”

Another YouTube user, Annabelle Rankin, also left a positive comment: “That was amazing to watch and listen to…great talent.”

Vikesh was in disbelief when he found out he made it through to the next stage of the competition. He could not stop saying ‘oh my god’.

Together with power singer Sheena McHugh and the classically trained Lucy O’Byrne, Vikesh will represent Team Will at the Live Shows. Team Rita also went through Knockouts on the same night and will be represented by Clark Carmody, Joe Woolford and Karis Thomas.

Vikesh, who also sings Indian folk music, became a contestant on the fourth series of The Voice UK when all four coaches turned their chairs around at his blind audition.

Though his performance of Adele’s ‘Hometown Glory’ was nervous at times, his passion and musicality came through. The coaches fought to have Vikesh on their teams and Team Ricky succeeded. 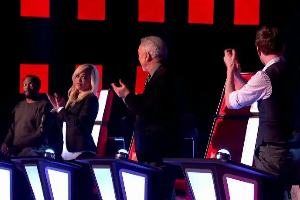 Vikesh joined Team Will later in the show. After the Battle Rounds, Vikesh lost the sing-off to Letita George, but was saved or ‘stolen’ by will.i.am.

Vikesh was gratified for will.i.am’s decision to keep him on the show.

He said: “When Will stole me, it was really really humbling. For someone who has never sung professionally, it’s a new experience.”

The second rounds of the Knockouts took place on March 15, 2015, during which Team Ricky and Team Tom have filled the remaining six seats on the Live Show by picking their final three contestants.

You can watch the first Live Show of The Voice UK at 7.15pm on BBC One on March 21, 2015. DESIblitz wishes Vikesh the best of luck for the live shows!

Scarlett is an avid writer and pianist. Originally from Hong Kong, egg tart is her cure for homesickness. She loves music and film, enjoys travelling and watching sports. Her motto is “Take a leap, chase your dream, eat more cream.”
Kanika Kapoor ~ The ‘Baby Doll’ of Bollywood
Shaanti presents Holi Rave and Street Food Feast-IVAL