DESIblitz brings you everything you need to know about the top 7 Pakistani bodybuilders and figure athletes as of August 2017.

"It is the first time in 25 years that this title is going to Pakistan."

Following the tragic deaths of four Pakistani bodybuilders in 2016, DESIblitz looks at which athletes are now leading the way.

Weight training and bodybuilding originally dates back to India in the 11th century with the use of wooden dumbbells. But bodybuilding as an actual sport did not completely develop until the 1800s.

The first Pakistani bodybuilders, though, came in 1948, soon after the nation gained independence from India.

By 1952, Pakistani bodybuilders were able to compete in Mr Lahore and Mr Pakistan competitions.

But now, in 2017, who are the top Pakistani bodybuilders and figure athletes? DESIblitz brings you 7 of the best. 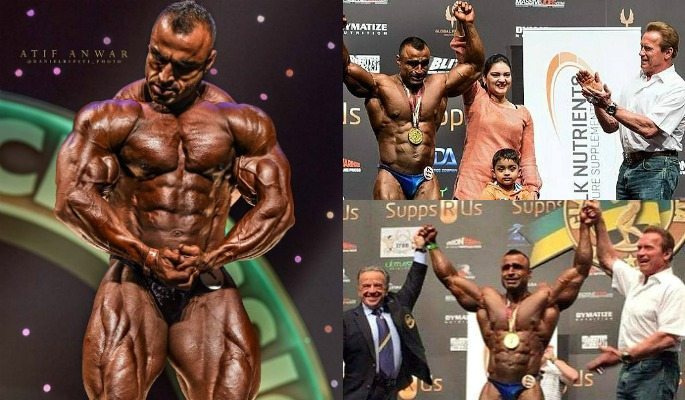 The Pakistani bodybuilder, Atif Anwar, is originally from Karachi, and is the first Pakistani to receive an IFBB Pro Card. But he now lives in Melbourne, Australia, where is a national citizen.

In March 2015, Atif Anwar incredibly won the ‘Over 100kg class’ title at the Arnold Classic competition in Australia.

The competition is named after the Hollywood actor, and seven time Mr Olympia, Arnold Schwarzenegger (pictured above with Anwar). 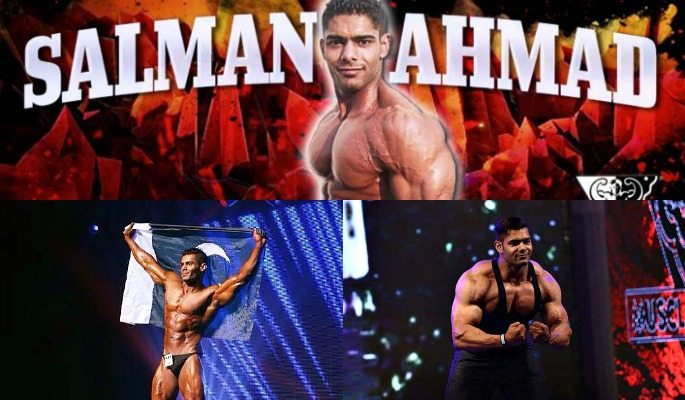 Salman Ahmad, from Lahore, Pakistan, is one of the Pakistani bodybuilders that Yaseen Khan will be hoping to take inspiration from.

In 2015, Ahmad won the gold medal and the Mr Musclemania world title in Las Vegas, USA. This adds to the Mr Lahore title he claimed in 2010.

Speaking after his victory, an emotional Salman Ahmad says: “It is the first time in 25 years that this title is going to Pakistan […] I am nothing without the support of my parents.”

The following year, Ahmad very nearly did it again. Unfortunately, though, he came 4th in Musclemania Universe 2016.

To keep up to date with the Pakistani bodybuilder, Salman Ahmad, you can follow his Facebook page. 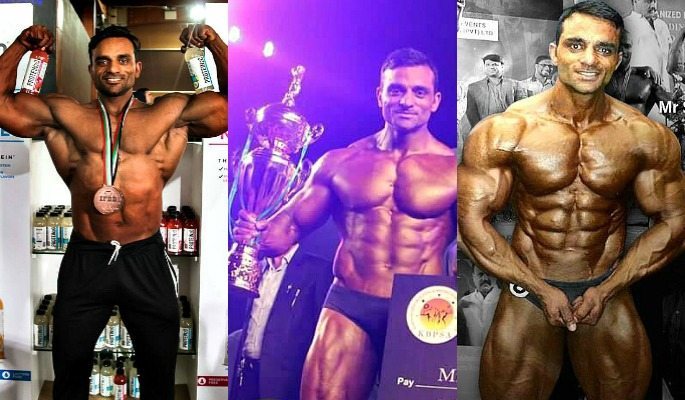 Abdul Majeed is originally from Karachi, where he won Mr Sindh, Mr Karachi, and a silver medal in Mr Pakistan.

But now, the professional bodybuilder and personal trainer lives in Dubai, UAE, where he works for the Dr Nutrition company.

At the 2016 South Asian Bodybuilding Championships, in Lahore, Majeed won the 100kg category. However, he came second in the overall competition standings as Waqas Tariq took the Mr Pakistan title.

Abdul Majeed began training ten years ago in local gyms. He says: “I’m a national champion. This is the result of my hard work as a bodybuilder for a decade now.”

The Pakistani bodybuilder now aims to get himself a pro card from the International Federation of Bodybuilding and Fitness (IFBB). Currently, only Atif Anwar has an IFBB Pro card. Majeed says:

“We only have Anwar who has a pro card, he is my role model. But he is an Australian national now, while I want to stay here [Pakistan]. If I get a pro card then it will be a matter of pride for the nation as then only one professional would be representing Pakistan internationally.”

Waqas Tariq and Abdul Majeed are the Pakistani bodybuilders who competed the 2016 Mr Pakistan final, with Tariq taking the title.

His gold medal adds to his 2010 victories in Mr Gujranwala and Mr Punjab. In 2012, Tariq also won the Dubai Bodybuilding Championship and the Awafi Festival Championship.

He then came third in the 2013 Emirates Bodybuilding competition, and then 4th in the Fujairah Bodybuilding Championship.

Waqas Tariq is now living in Dubai, United Arab Emirates. But he says: “I want to represent Pakistan’s bodybuilding around the globe. I want to make everyone proud of Pakistani bodybuilders.” 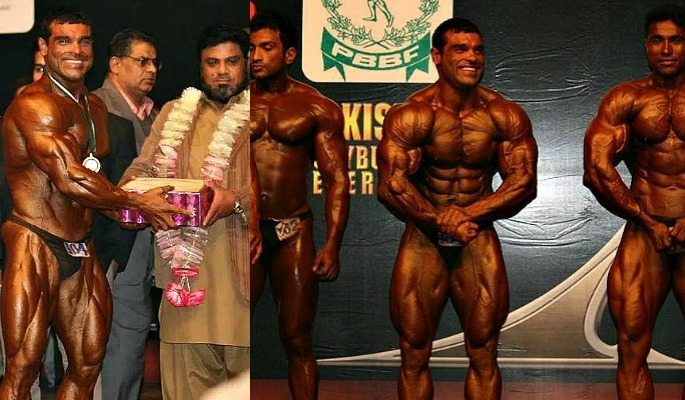 Shoukat Shahzad is a Pakistani bodybuilder who is originally from Rawalpindi, but is now living in Islamabad, Pakistan.

Shahzad beat over 40 competitors from Afghanistan, Nepal, and Pakistan to win a gold medal at the 2014 South Asian Bodybuilding Championships in Lahore.

Shahzad is also the winner of the 2012 Mr Pakistan title. 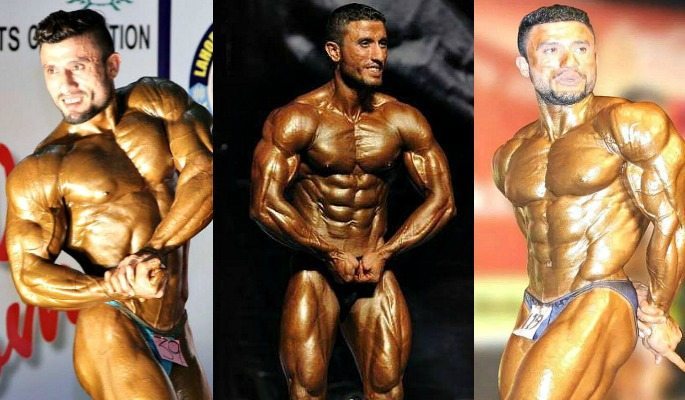 Abbas Khan is the 2014 winner of Mr Pakistan. But he is also an international competitor.

In 2011, Khan was a participant in the NPC Pacific USA Bodybuilding, Fitness and Figure Championships as well as the 2011 NPC Tournament of Champions.

He came in 5th and 8th place respectively. In 2012, Khan finished in 16th position at the NPC California State Championships.

If you have any questions for Abbas Khan, you can send him a friend request on Facebook. 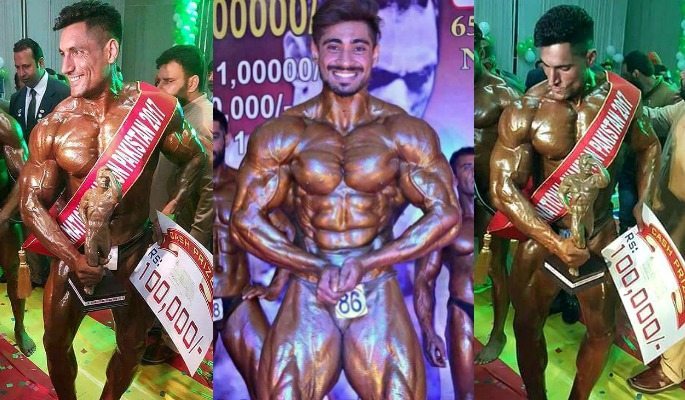 Yaseen Khan, from Peshawar, Pakistan, is aiming to participate in the 2017 Mr Olympia physique competition.

He is in good form to do so too. Khan recently won the 2017 National bodybuilding championship which took place in Faisalabad.

His competition victory adds to his Mr Pakistan title which he won in 2015.

But can Yaseen Khan take Pakistani bodybuilders to the next level by qualifying for Mr Olympia?

Zeeshan Mahmood Khan is one of the young Pakistani bodybuilders who could also bring the nation forward in the sport.

At the 2016 Asian Bodybuilding and Physique Championships, in Bhutan, Zeeshan came 5th in the up to 70kg category.

Competing with Chinese and Indian bodybuilders is still a long way away yet, though for those from Pakistan.

Recently, in April 2016, four Pakistani bodybuilders tragically lost their lives in the space of 17 days.

The deaths of Humayun Khurram, Matloob Haider, Muhammad Rizwan, and Hamid Ali were all blamed on “excessive use of steroids”.

Speaking about the state of bodybuilding in Pakistan, Abdul Majeed says:

“It isn’t easy to become a professional Pakistani bodybuilder. We don’t have the right attitude for it. The PBBF (Pakistan Bodybuilding Federation) doesn’t create enough awareness and doesn’t invest in making improvements. It’s very tough to compete with international athletes as they have proper structures, trainers and routines, while we don’t.”

Majeed adds: “[Bodybuilding] is not just a sport, but rather a lifestyle. We need to follow a particular diet and have to be extremely careful with our bodies.”

Despite being around since 1948, bodybuilding is still a growing sport in Pakistan. Hopefully more people will pursue it in the future, but there needs to be some kind of support from above.

You can follow the link if you want to find out more about India’s top female bodybuilders and fitness models.