Badminton star PV Sindhu has taken home a silver medal for India, after a narrow defeat to Nozomi Okuhara in the World Badminton Championships final.

"Both of us gave everything we had, but in the end, she won."

Pusarla Venkata Sindhu has won a silver medal for India at the World Badminton Championships 2017.

Going against Japan’s Nozomi Okuhara, the player competed in the finals match on 27th August 2017. But after a thrilling match, Sindhu’s opponent defeated her and took home gold.

However, with her third silver medal under her belt, Sindhu still proved her capability as one of India’s finest badminton players.

Throughout the World Badminton Championships final, the two competitors displayed stellar performances. Both Sindhu and her opponent showcased their great strength and impressive agility.

Afterwards, the Indian player said of the match: “It was a great match, but it does hurt to finish second. Both of us gave everything we had, but in the end, she won.”

While she takes home silver, Okuhara’s win marks Japan’s first gold in the tournament. The Japanese player revealed her excitement of winning the top medal, saying:

“The Olympic medal was a big thing, but a World Championship gold will be a big thing for Japanese badminton and all our sportspersons.”

You can watch how Sindhu missed on the gold:

Sindhu becomes the second Indian player to win silver from the tournament. Saina Nehwal marks as the first, back in 2015.

Saina also took part in the World Badminton Championships. But she too lost to Okuhara, during the semi-finals, meaning she won a bronze medal.

Despite their narrowing defeats, many have congratulated and praised the two women for their performances.

You are an inspiration @Pvsindhu1 .What an epic display of badminton skills that was. Privileged to watch.
Thank you #Sindhu

Our girls have done us proud yet again. Spectacular performance by @Pvsindhu1 and @NSaina. You're an inspiration to all. #sindhu #saina

Well played @Pvsindhu1! We are proud of your game at the @2017BWC finals. Congratulations. 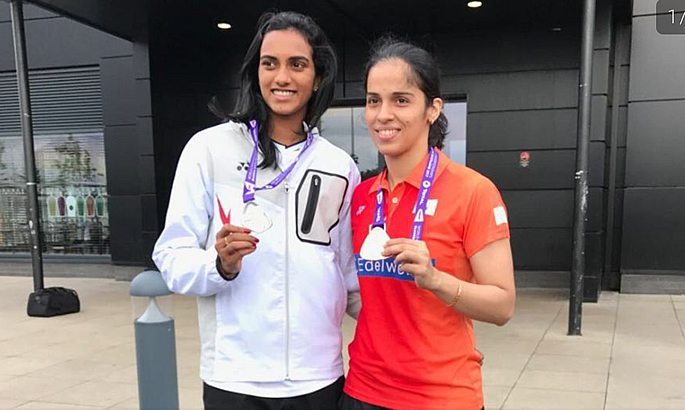 This silver medal marks as the latest victory for PV Sindhu. Currently ranked as No. 4 in the BWF Ranking, she also won silver at the 2016 Olympic Games. The first Indian player to do so in badminton.

Many will hope that next year will bring greater success for the sportswoman. Perhaps she could even become the first Indian player to win gold at the World Badminton Championships?

Until then, many will continue to praise the player for her silver medal and outstanding performance.