The world’s best shuttlers, including star players from India competed in the 2017 YONEX All England Open Badminton Championships. DESIblitz reports!

"She was picking up all the difficult shots. It was quite a tough match and a lot of rallies were happening."

The world’s finest players, including star shuttlers from India, descended upon host city Birmingham for the 2017 YONEX All England Open Badminton Championships.

The Premier Superseries event in its 107th year took place at the Barclaycard Arena from March 07-12, 2017.

Players taking centre stage went into the competition wanting to win. This is because the players often talk about the tournament being on par with the Olympic Games and World Championships.

Commenting on the significance of this event and the desire to win it, Badminton World Federation (BWF) Secretary General Thomas Lund had said: 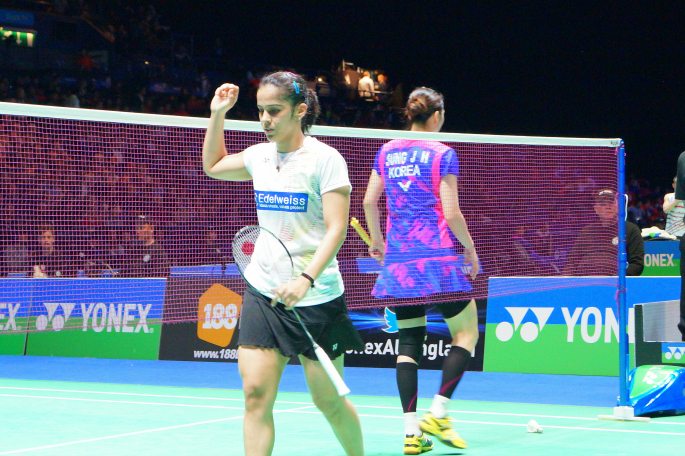 In addition to the player’s passion, the tournament enjoyed a global TV reach in excess of 168 million.

India’s Saina Nehwal repeated her performance from last year by reaching the quarter-finals. Ace Indian shuttler PV Sindhu also made it to the last eight, before going out of the tournament.

DESIblitz caught up with PV Sindhu and Saina Nehwal after their quarter-final matches. Here is what they had to say: 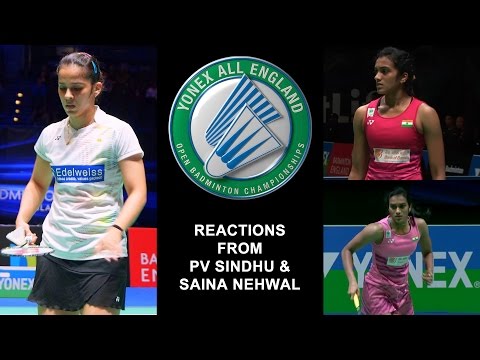 While Indian players had a poor campaign overall, the champions came from Malaysia, China, Chinese Taipei, Indonesia and South Korea.

Let’s take a closer look at how players from India fared, including performances of PV Sindhu and Saina Nehwal, along with a full round up of the winners across all five disciplines.

In the qualification phase of the Mixed Doubles, Ashwini Ponnappa and N. Sikki Reddy beat British Pair Lauren Smith and Sarah Walker 21-17, 16-21 and 22-24.

However, the Indian pair lost their next qualifying match to Nadia Fankhauser (SWI) and Sannatasah Saniru (MAS) in three games.

Sourabh Varma and Sameer Verma were eliminated in the qualification stages of the Men’s Singles.

There was much delight for home fans as Peter Briggs and Tom Wolfenden beat India’s Manu Attri and Reddy B. Sumeeth 21-19, 10-21, 21-18 in the first round of the Men’s Doubles.

In the Mixed Doubles, Pranaav Jerry Chopra and N. Sikki Reddy suffered a first round defeat to the South Korean duo of Yoo Yeon Seong and Kim Ha Na in two straight games.

Ajay Jayaram and Kidambi Srikanth were also disappointing as they bowed out of the tournament after losing in the first round of the Men’s Singles.

After coming through his first round match, HS Prannoy lost to 7th seed Tia Houwei (CHN) 21-13, 21-5 in the Men’s Singles second round.

Jwala Gutta who split up with Ponnappa in 2016 did not participate in the 2017 All England Open. 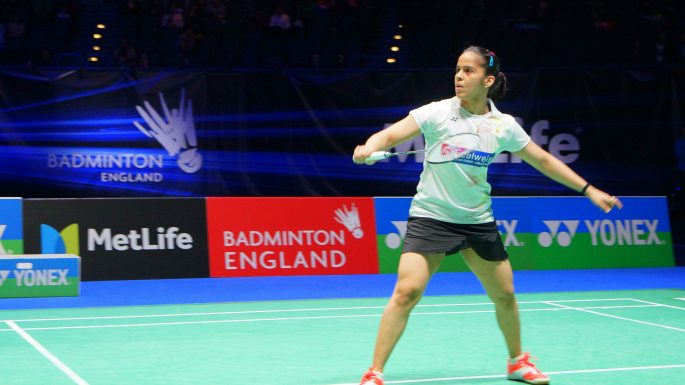 2016 Olympic silver medallist PV Sindhu breezed into the second round after a comfortable two games triumph over Denmark’s Mette Poulson.

The 6th seed advanced to the quarter-finals for the first time after defeating Indonesia’s Dinar Dyah Ayustine 21-12, 21-4.

The ace player from Hyderabad was finally knocked out of the tournament after being beaten by World No. 1 Tai Tzu Ying of Chinese Taipei.

Sindhu led 10-6 before she fell apart with too many unforced errors. Hence she lost the opening game 21-14. Thereon it was all one-way traffic as Tai won the second game 21-10 to seal the match in 35 minutes.

Post-match, Sindhu exclusively spoke to DESIblitz about her performance saying:

“I did lots of negatives and there were unforced errors from my side. The points which I had to get were going to the net. Yeah a bit upset though, but I think I have to come back stronger.”

Upon returning from injury, eighth seed Saina Nehwal also got off to a winning start by successfully defeating defending women’s champion Nozomi Okuhara of Japan in a two-game double salvo. 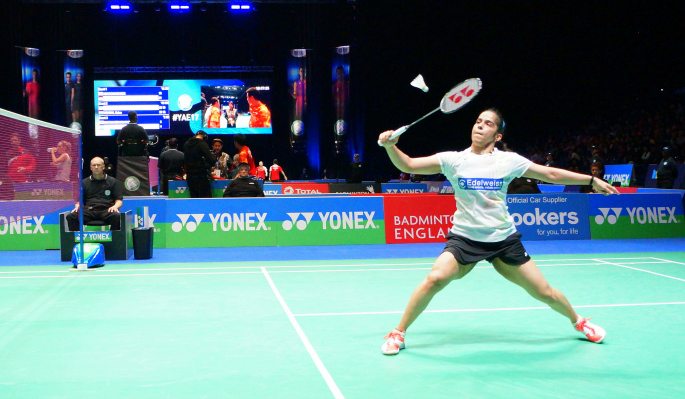 Nehwal’s journey ended in the last eight following a 22-20, 22-20 defeat at the hands of South Korea’s Sung Ji Hyun.

“She was picking up all the difficult shots. It was quite a tough match and a lot of rallies were happening. After twenty all I should have been a little more safe.”

While Sindhu and Saina were gracious in defeat, both certainly missed an opportunity to go further in the tournament. 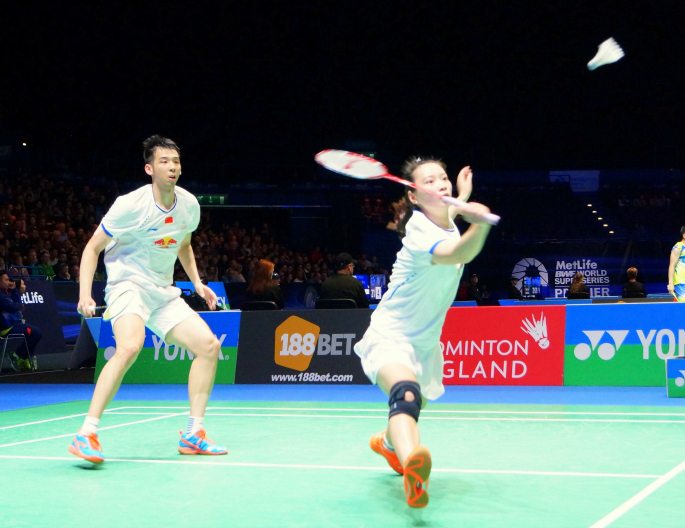 The 2017 YONEX All England Open Badminton Championships were quite unique as winners came from five different nations – this last happened in 1999.

Fifth seeds Marcus Fernaldi Gideon and Kevin Sanjaya Sukamuljo from Indonesia were crowned champions in the Men’s Doubles after beating Li Junhui and Liu Yuchen of China in two games 21-19, 21-14.

Elsewhere, British interest came to an end when Chris and Gabby Adcock lost to eventual winners Lu and Hang in the semi-finals of the Mixed Doubles.

Over the course of the six-day competition, fans got to witness some high-intensity matches, featuring exhilarating speed, drama and action.

Prakash Padukone, India’s first ever winner of the All England Badminton Open was also in town to enjoy finals weekend as a guest of honour.

Looking to the season ahead, Indian players will be hoping to remain fit and perform better, especially in tournaments on the Metlife BWF Superseries circuit. 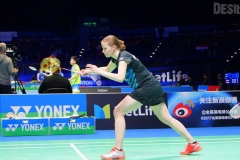 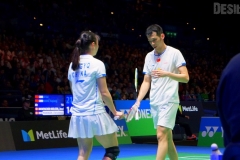 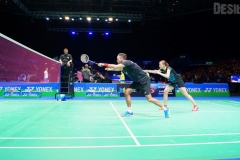 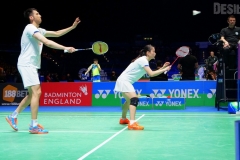 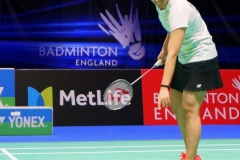 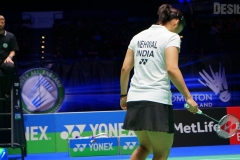 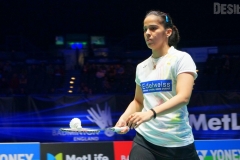 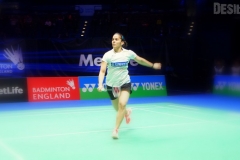 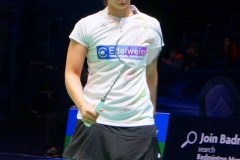 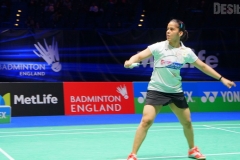 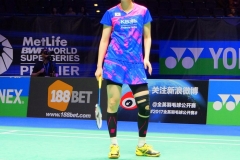 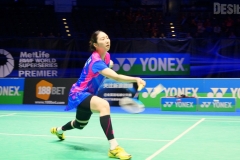 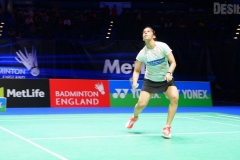 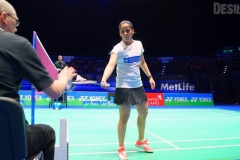 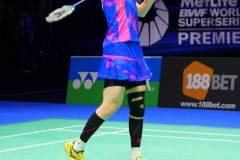 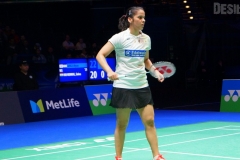 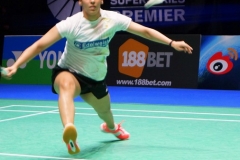 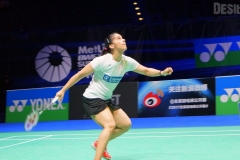 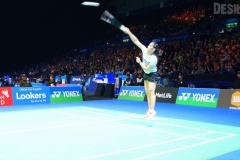 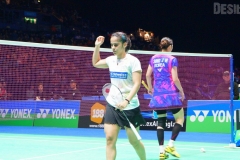