Women athletes from the Indian national team have tested positive for taking anabolic steroids to enhance performance. The dope scandal has hit the team and nation hard with questions being asked regarding the policing of the athletes.

"Our chances of winning medals have gone down"

Over five female athletes from the Indian national team have failed drug tests.

The very women who won medals for the country at the Delhi Commonwealth Games and Asian Games are now in the middle of a growing doping crisis to hit the team.

Between the 11th and 14th of June 2011, the women athletes were tested during the National Championships in Bangalore, India.

The names failing the dope test include Sini Jose and Mandeep Kaur who were part of the four runners that won gold in the 4x400m relay in both the 2010 Delhi Commonwealth Games and the Guangzhou Asian Games in China; hurdles athlete Jauna Murmu, who’s repeatedly failed drugs tests; the 400m runner Tiana Mary Thomas, long jumper Hari Krishnan and shot putter Sonia.

All of them returned postive for anabolic steroids in their ‘A’ samples collected by the National Anti-Doping Agency (NADA) during the Bangalore tournament. 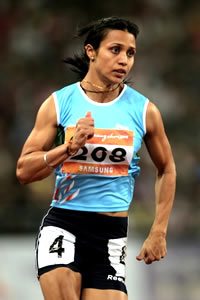 The drugs taken by the athletes were performance enhancement drugs which have to be taken over a period of time.

So, it is very likely the women concerned knew what they were doing and taking.

This does not rule out the coaches and support staff of not being aware of what the women were administering because of the time factor involved for the drugs to work.

Taking the steroids before a performance would not give any results as confirmed by Dr. PSM Chandran, the president of the Indian Federation of Sports Medicine. He said:

“Unless the athletes are fully aware, they cannot take these anabolic steroids because they have to be taken in proper measures and a cycle has to be followed. Only then will they give results.” 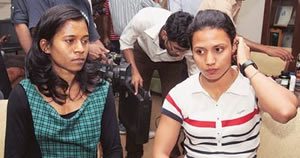 Jauna Murmu, who finished fourth in the 400m hurdles at the Asian Games, has her name on both the lists of positive samples that were taken by the International Association of Athletics Federations (IAAF) and the NADA.

Mandeep Kaur, the 23 year old runner, has pointed fingers at the coaching officials and suggested that they might have ingested the drugs through food supplements.

She claims she has no idea how the banned substance ‘methandienone’ got into her body and said that the food supplements she has consumed may be the reason.

In her defence, Mandeep said:

“Never in my career have I used any banned substances and if there is any possibility, it could be because of the vitamin supplements that I have used.”

Mandeep and Jauna Murmu blame food supplements bought from outside the National Sports Institute in Patiala. 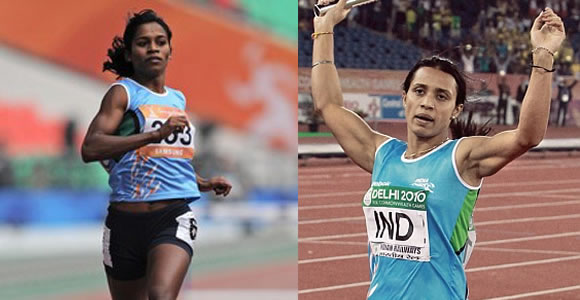 “We bought them at the bazaar. Our coaches knew the food supplements we are having. They accompanied us when we bought them,” said Mandeep.

Claiming they had no medical support from the Athletics Federation of India (AFI), Mandeep said:

“The AFI never provided us with a doctor, who could advise us on the food supplements. I am sure if we had a good doctor this wouldn’t have happened.”

She added: “We ourselves can’t become doctors. We can’t win medals at international level without taking food supplements.” 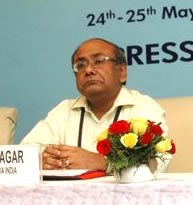 Former Indian athletes want a full and thorough investigation into the matter. The issue of Indian athletes travelling to countries like Ukraine for training is being raised as a potential breeding ground for the bad habits.

“I have been hearing for more than 10 years about the futility of sending athletes to Ukraine for training and other dirty things being done there. I think had the authorities been careful and acted on the allegations then the current mess would have been avoided.”

Rahul Bhatnagar the NADA director general is clear that offenders will not be let off lightly. He said the agency will come up with more programmes to address the positive doping cases among the Indian athletes.

Monitoring of the athletes will increase dramatically.

“There is a need to keep a vigilant eye on the activities of the athletes. We will see to it that where these athletes go while they are in the camp, the shops they normally visit and the products they buy from there,” he stated. 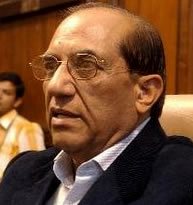 Vijay Kumar Malhotra the acting president of the Indian Olympic Association (IOA) has demanded a judicial enquiry into the drug violations and also questioned the role of Sports Authority of India (SAI) coaches and trainers in the scandal that has brought sport into disrepute and no doubt shamed India.

This matter is very serious for the Indian female athletics team because it is likely the offenders will not travel to the UK for the 2012 Olympics.

“The players will be suspended till they get clearances and they will not be allowed to participate in Olympics. Our chances of winning medals have gone down,” said Malhtora.

This is a big blow for India and its athletics fraternity.

After doing so incredibly well at the Delhi Commonwealth Games and Asian games, those victories have been completely white-washed by this terrible episode which will impact India’s 2012 Olympics.

Baldev enjoys sports, reading and meeting people of interest. In between his social life he loves to write. He quotes Groucho Marx - "The two most engaging powers of an author are to make new things familiar, and familiar things new."
Chennai Super Kings win IPL 2011
Amir Khan wins Judah in fifth round